This morning, we listened in on the "Cruiser's Net" on the VHF radio.  They host about an hour of information exchange on the radio every morning at 8AM.   One of the items announced was that there would be a "Variety Show" at the Peace and Plenty hotel (neat old hotel we had stayed at at the end of one of our charters) today at noon.  It's part of the annual regatta going on this weekend.

Both "locals" and "cruisers" participated.

Local Brownie Scout troop doing a dance.  They were so cute! 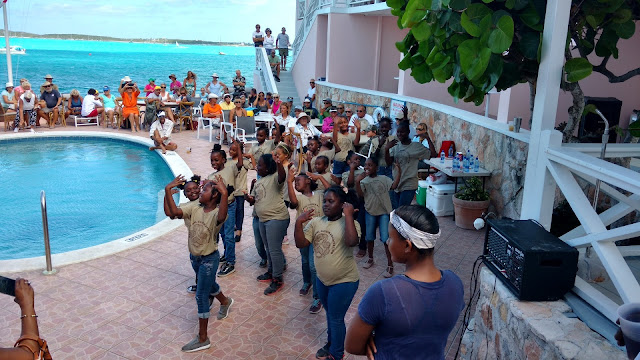 Boys club doing neat rhythmic marching to music.  Note the dude to the far right in a very "bright" suit! 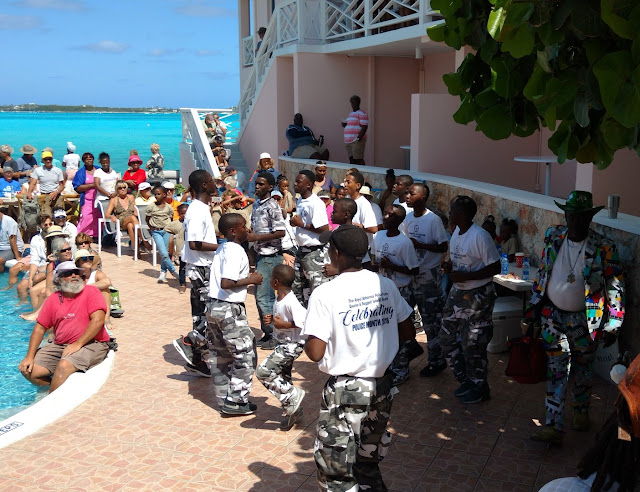 The regatta was going on in the windy harbor - Bahamian boats.  There will be "cruising boats" racing later in the week.  (We will not as our insurance specifically prohibits racing).

One of the acts at the Variety Show was this cute skit.  Notice that the heads do not belong to the hands of each of these "little people".    As the skit went on, the "hands" had to clap and gesture based on the story being told.  The funniest part was when the "hands" had to give the "heads" a drink.    See below for a view from behind where you can see how it all worked.  Cute. 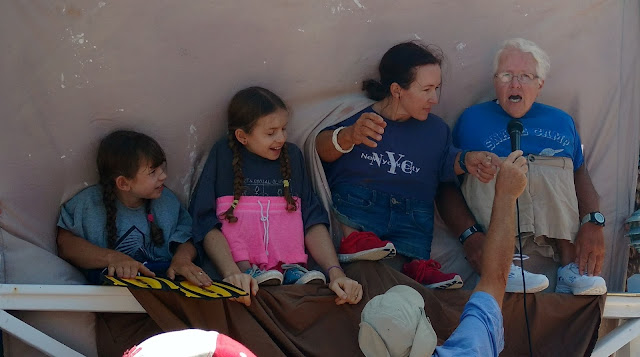 These folks "hands" wrap around the "little people" out front.  Too cute. 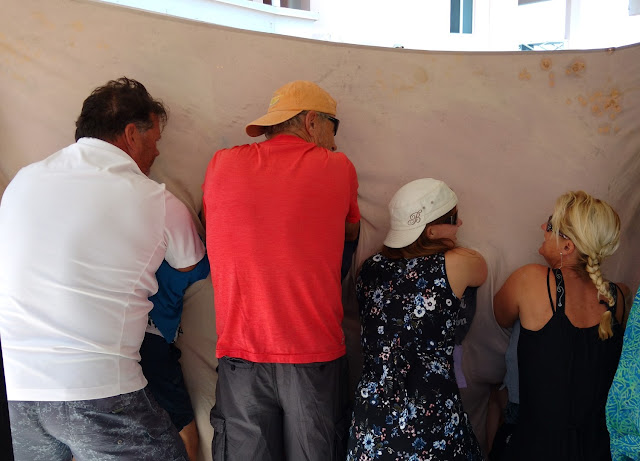 We wandered back to the dinghy and had a nice evening visiting with the folks on What If. 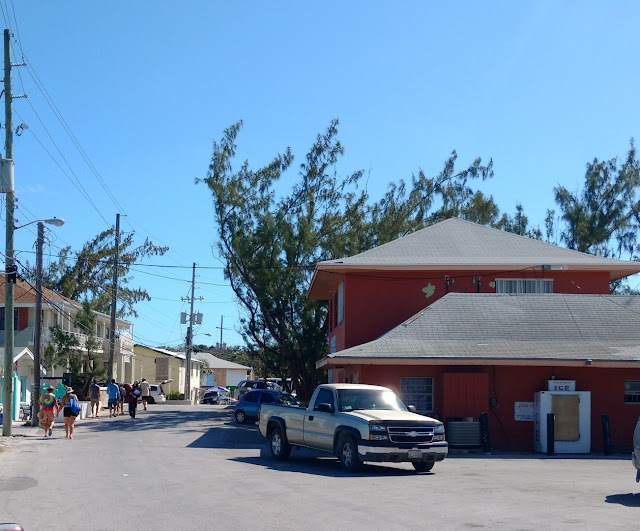