Shout out to Frank and my brother Keith - Happy Birthdays!!


It was time to get rid of some trash!  We keep trash in the forward locker where the generator lives until we are somewhere that accepts trash.  It's been since Key West..... Often in the Bahamas there is a charge to discard trash.

The dock at Blackpoint Settlement on Great Guana Cay has a easy-peasy way to get rid of trash.  They have a dumpster right on the dock - and you volunteer to donate a couple of dollars for the service.

On our way to relieve ourselves of our big trash bag we saw a catamaran with "Oriental, NC" on the transom....so we had to stop by to say hello. 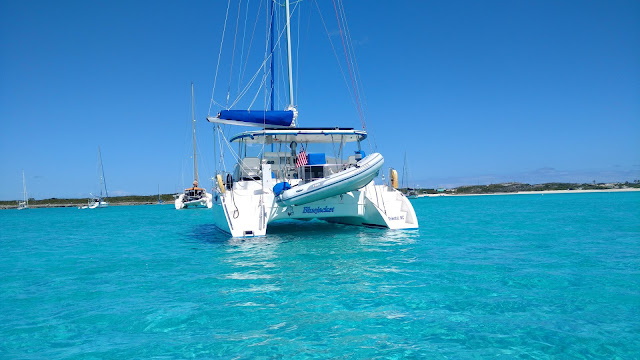 After chatting with them a while, I realized that they are folks that I had been following their "tracker"....a mutual friend from Oriental had put me in contact with them, but I didn't know the boat name.  They are Jerry and Donna - and they live about 4 houses away from our lot in Oriental!  How cool is that.  Really nice folks and I'm sure we'll see lots of them in the future.  They cruise the Bahamas every year for several months.  Such a small world, isn't it? 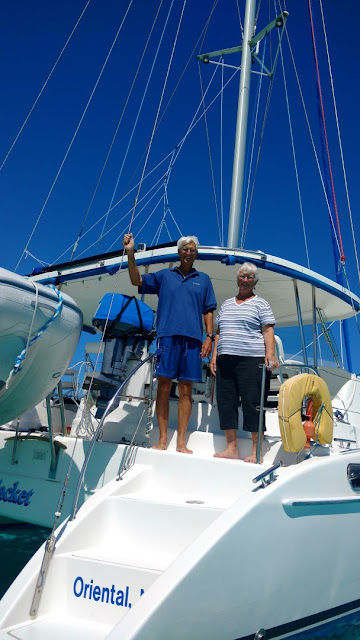 After our nice visit, we went on into to town....deposited our trash. 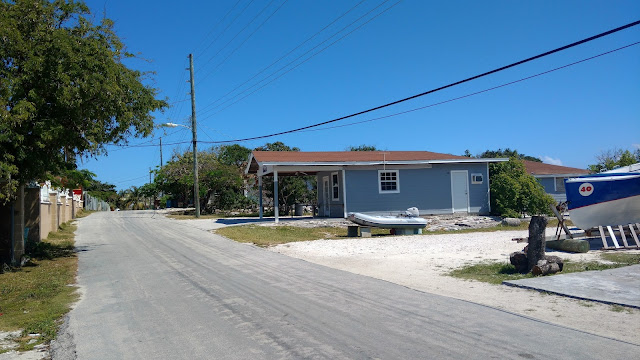 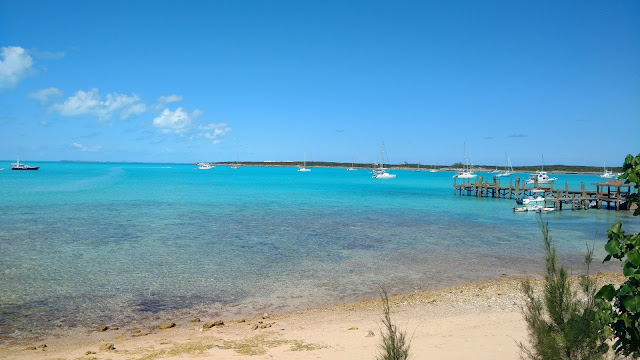 And I wanted to get some bread.   Some special bread - cinnamon coconut bread that this nice lady bakes.  We had bought it last trip, so I know it's special.  To get this bread, you have to go behind a restaurant to the lady's house.  (Note the roof damage, lots of that from the recent hurricane). 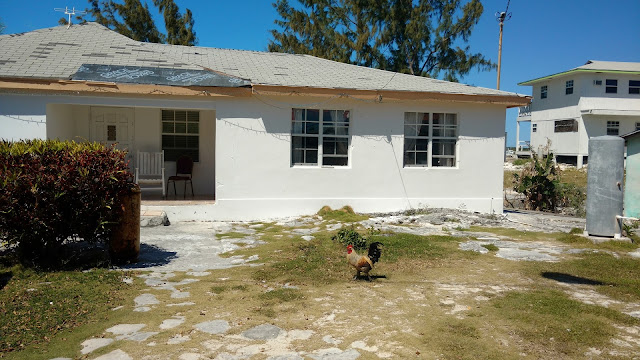 She's so sweet - takes you into her kitchen to pick out your bread. 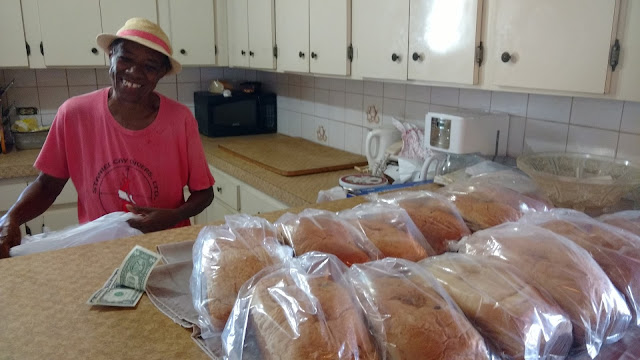 Her bread is better than mine!!!