I know it's been a long time since I posted here. Just been too busy with other mini-vacations, I suppose!

The original plan for the weekend was to head out to Cape Lookout since we hadn't gone there yet this year. Earlier in the week, I started looking at the weather - and quickly determined that the hurricanes out in the Atlantic were kicking up some wicked surf on the NC coast! 12 foot seas are not what we are really looking for!

So, we headed out to Oriental late on Thursday - saw the pretty sunset from the air. Never stops being beautiful, even though I've seen it hundreds of times from the air. 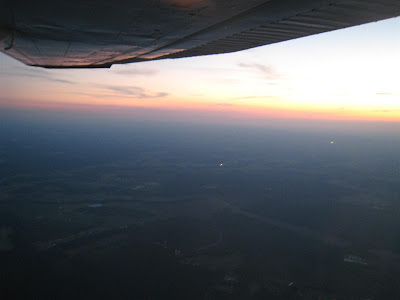 Boy, it's getting dark early already! Funny how that sneaks up on me every year! 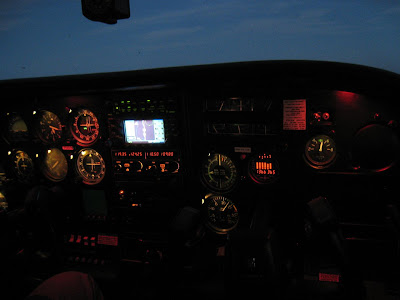 New Bern city lights approaching the airport. Nice and peaceful from up here! 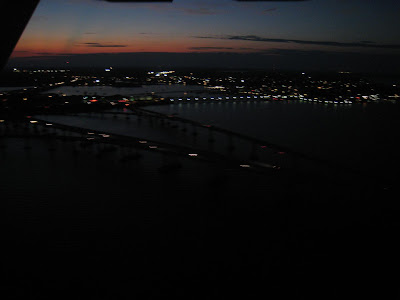 I have a few errands to run Friday morning - and we've decided to head over to Ocracoke instead of Cape Lookout. The winds were forecast to be great for a Friday trip over - and amazingly, were forecast to do a complete 180 degree change to be perfect for returning to Oriental on Saturday! With nothing else stopping us, we threw off the docklines and headed to Ocracoke.

Had a beautiful wing-on-wing sail for the first few hours - I know it's hard to see, but the sails are in a little bit of an unusual configuration the foresail and the mailsail are each pulled out to opposite sides of the boat. It is a beautiful thing to look at (from a lover of sailboat's perspective, that is...) It's also a hard point of sail to maintain if the winds/waves are fickle. 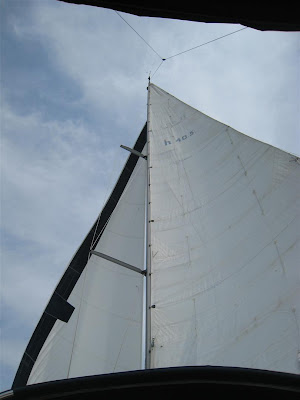 I usually post a ferry photo for these trips....this one is no different - except this time I managed to capture TWO ferries at the same time....don't think I've done that before! 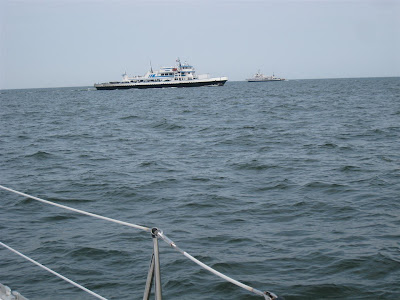 The wind picked up as we got further north/east. We made 8 knots towards the approach to the channel (that's pretty fast for us!)

Uneventful docking at the NPS docks - a great fish taco dinner at the Jolly Roger and a hefeweizen beer which was terrific, but I don't remember the name!

Up early for a coffee and bagel at the Ocracoke Coffee Company then a walk to the airport and up the beach. The surf was pretty large by Ocracoke standards. 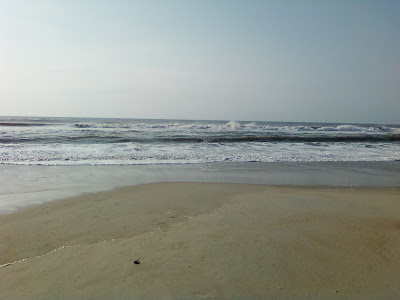 The wind had picked up during the morning. After a little bit of maneuvering docklines, we motored free of the dock and said goodbye to the island and thanks for the quick little visit! 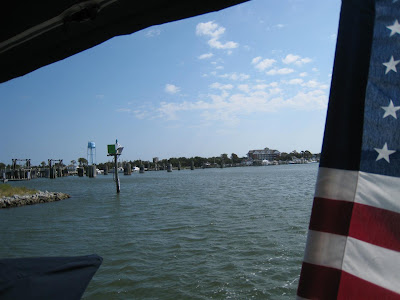 Then the fun started!

Going out the channel into the Pamlico Sound the winds were 25 knots - so we knew we were in for some fun. The winds were from the NE - which is good because it gives us a wind behind us...but it is also the direction that causes a lot of wave action....no sails out here because we were in the channel.


And just for fun, I went up to the foredeck (holding on to the lifelines, of course!) and placed the camera on the deck to get a view of the motion. Here the winds were about 28 knots and we just had the mainsail out. Enjoy!