Early morning departure just as the sun was peaking out.

Just out of the channel at West Palm, there was some neat traffic. 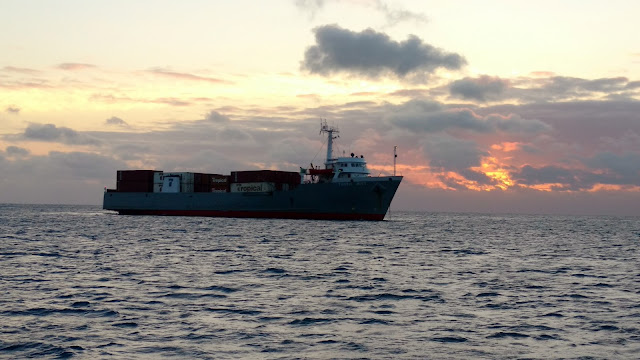 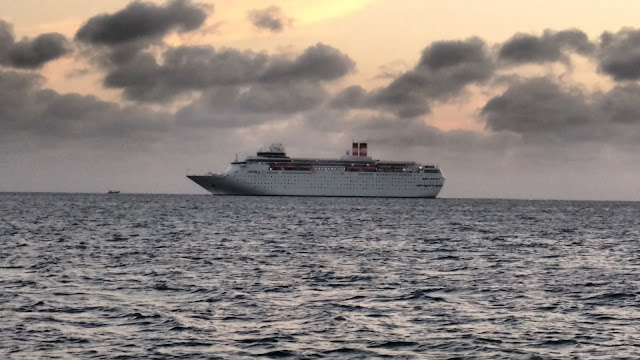 We sailed just offshore - good winds and little waves.  We had 10 hours ahead of us so making good speed was important.


What If under sail! 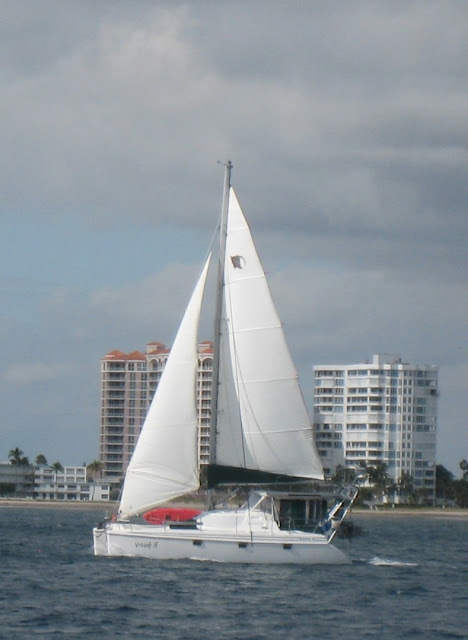 And Cathy took a similar photo of us. 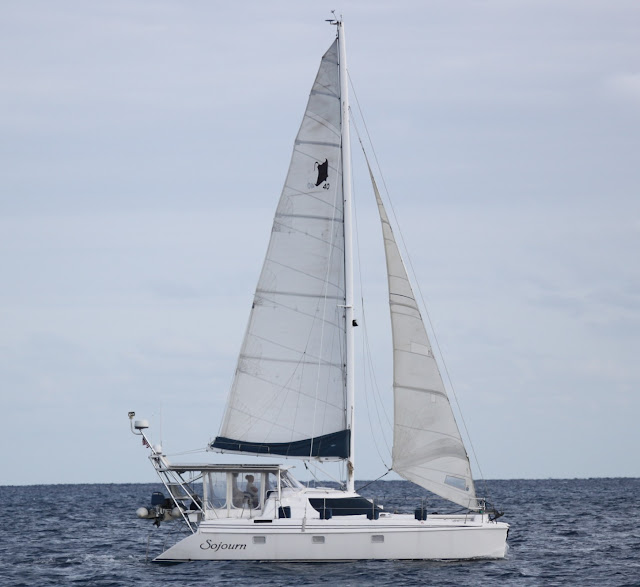 More ships as we approached Miami late in the day. 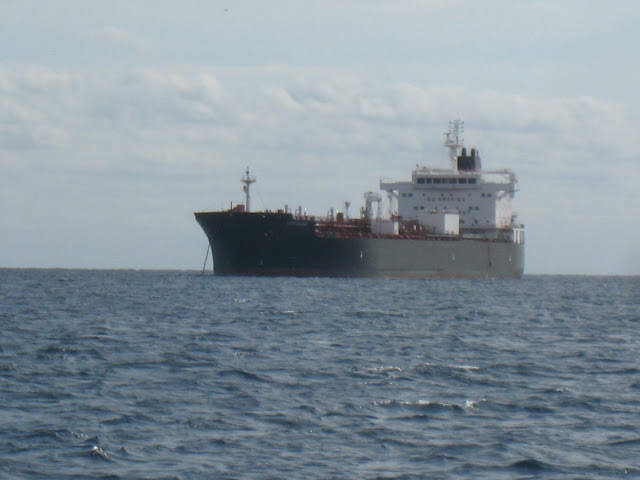 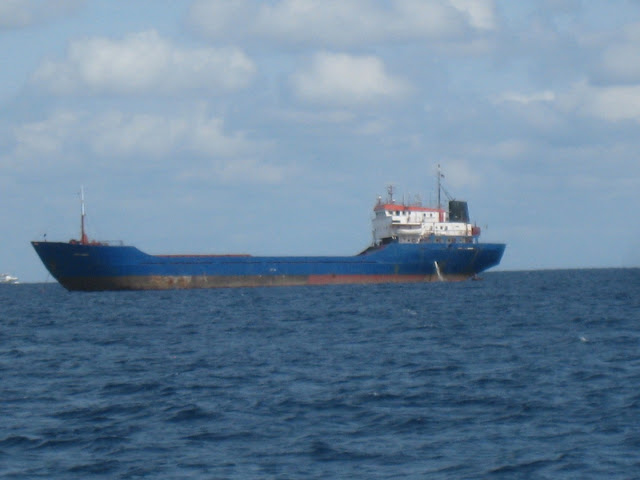 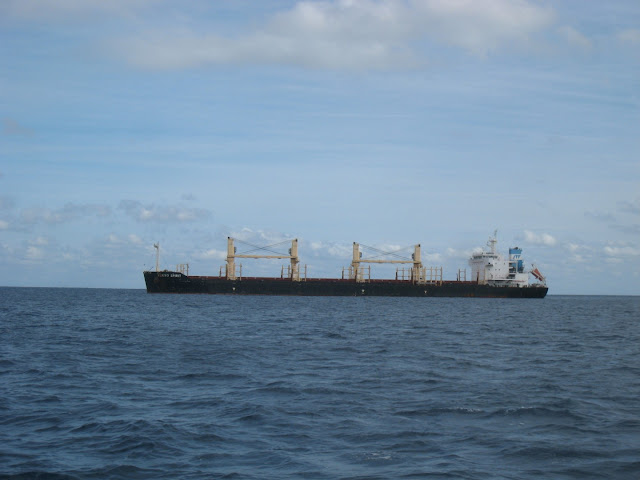 We were in the Govenor's Cut Channel going into Miami when this huge cargo ship came up behind us. 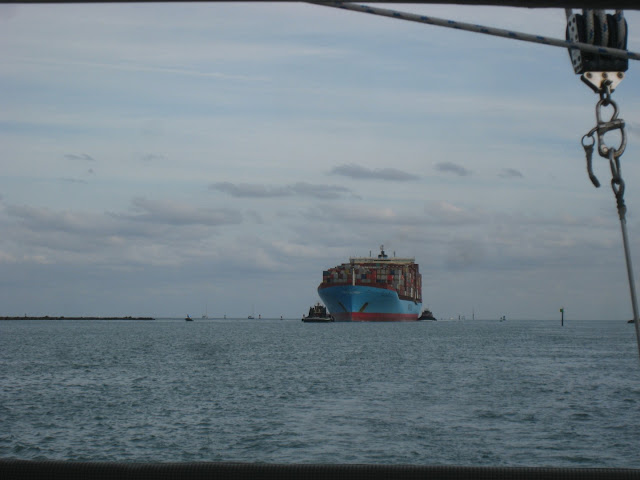 But we made quick tracks towards downtown and our anchorage for the night, following What If. 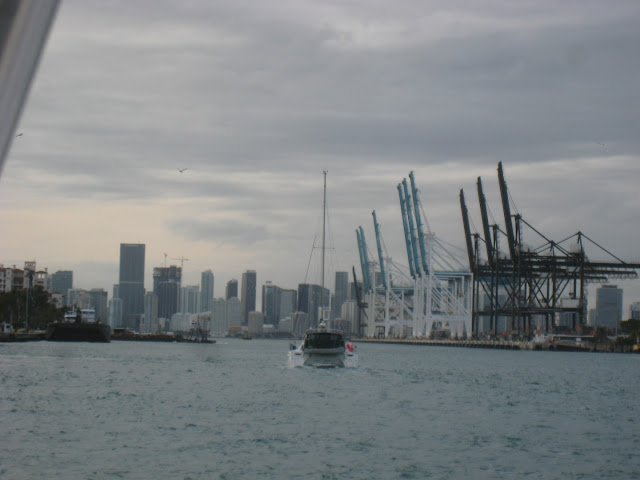 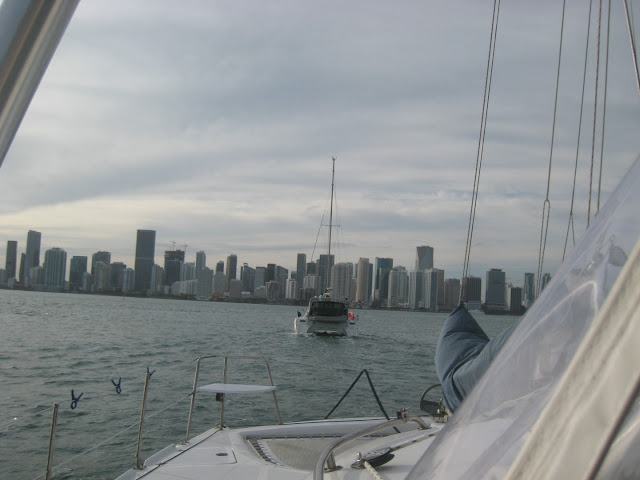 Last night together for the What If and Sojourn crews!  Cathy had made a big pot of wonderful soup while underway so we enjoyed our last evening together. 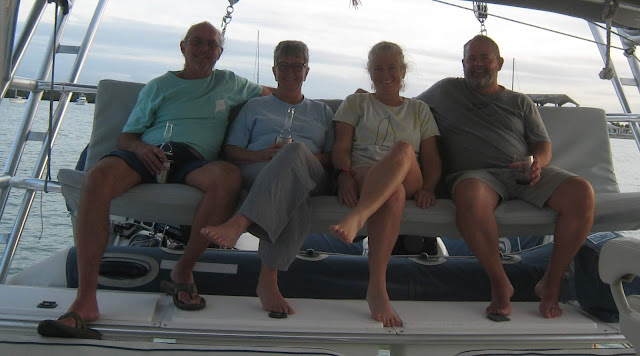 Our anchorage for the night - called Marine Stadium after the old watersports stadium that has been abandoned nearby.  Strange sight....

Looking the other way - the Miami downtown skyline. 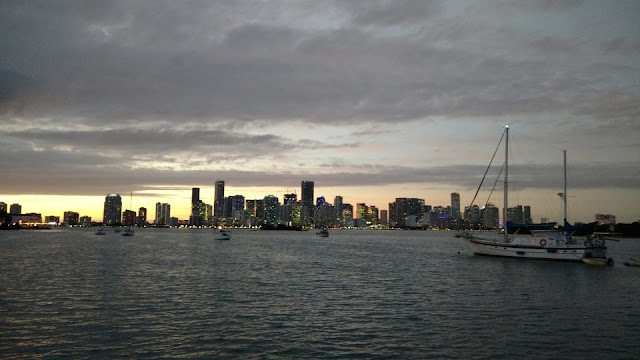 The lights from the city were cool -  not that we'd want to be around this every day - it was nice for an evening.

Same scene this morning. We don't really have plans at this point - so we'll see how the day/week unfolds!