We've had a couple of busy days.

I made my first bread of the trip.....it wasn't the best, but by far not the worst!  A little heavy but still quite edible. 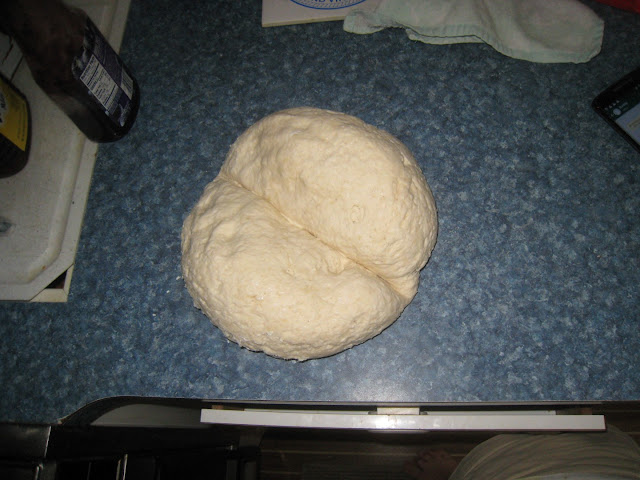 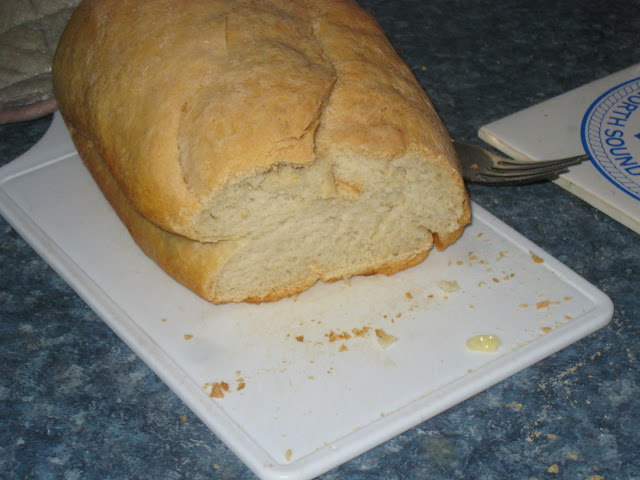 We motored about 5 hours south to Hoffmans Cay - still in the Berry Islands.  On the way, we had to go past the cruise ship anchorage north of Great Harbour.  This is apparently where you go in the Bahamas on a cruise ship (here and Nassau).  It's a "private island" so they pack you in these small boats and take you to shore.  It appears to be a completely contrived beachy  area - so not the real Bahamas in my opinion! 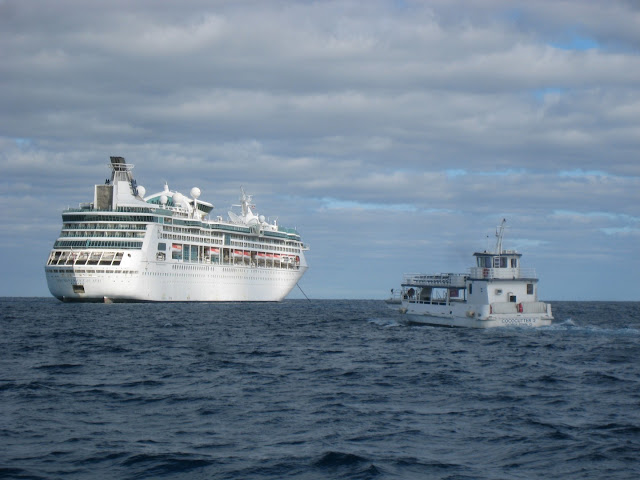 Two ships were there - both huge. 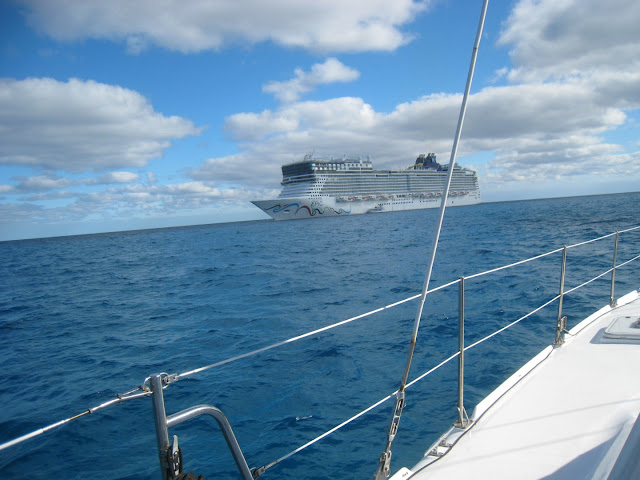 On the way, since we'd be in deeper water, we had the fishing poles out!  I caught a good-sized jack - we read about them and they appeared to be edible.  I did some really nice fillets - I'm getting better at it - my first attempts last year were laughable. 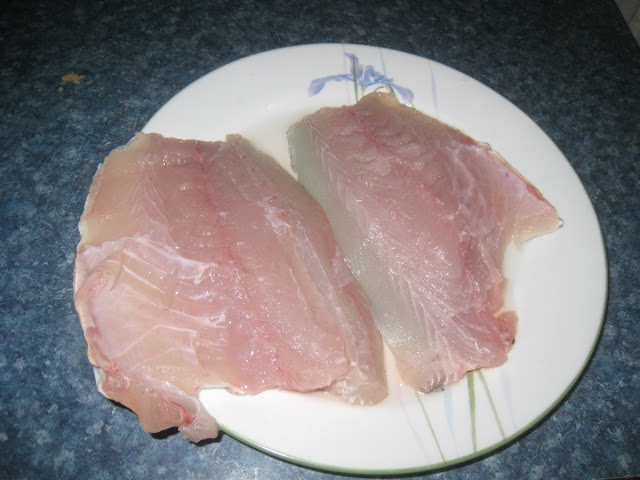 Duane caught a small barracuda which got released, of course.  We decided to hang up the fishing poles because our freezer is full of other stuff so we'd not really have space for anything if we caught it. 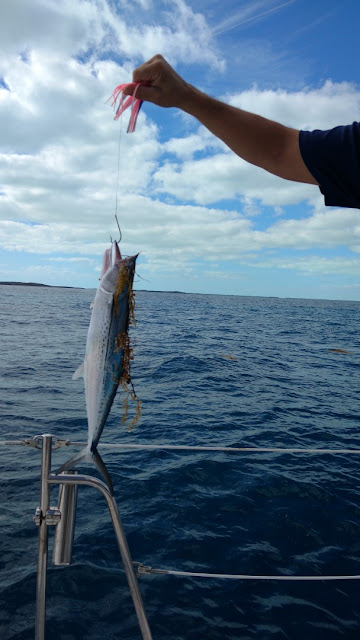 Arrived mid-afternoon to Hoffmans Cay.  A deserted little spot with no one around. 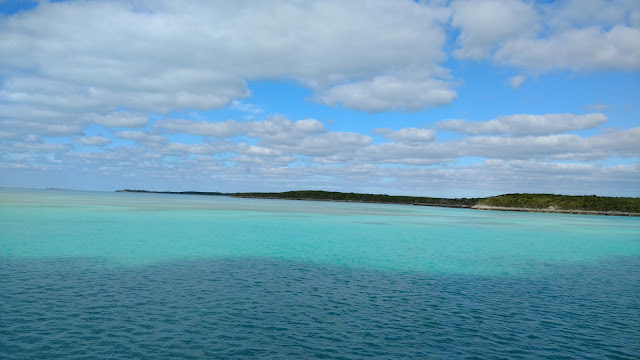 There was reported to be a "blue hole" inland so we dinghied to this small landing on the otherwise rocky shore. 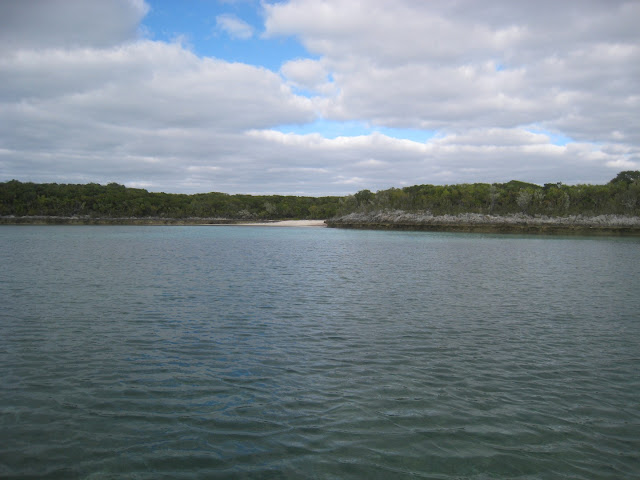 Hiked up a well trodden but small trail up the bluff. 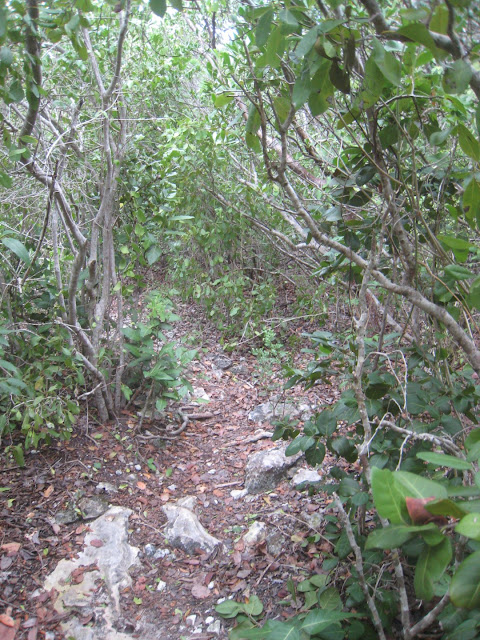 And were rewarded with a beautiful blue hole.  There is supposedly fresh water on the top.  We did not test that theory. 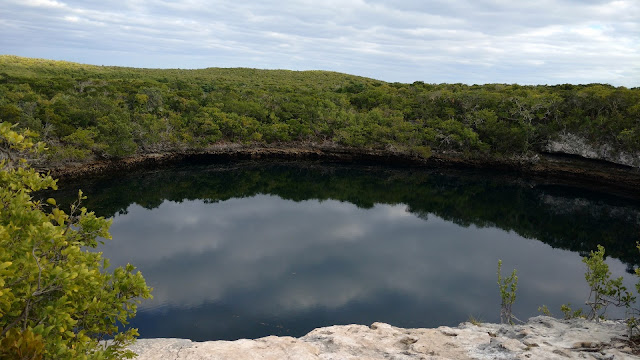 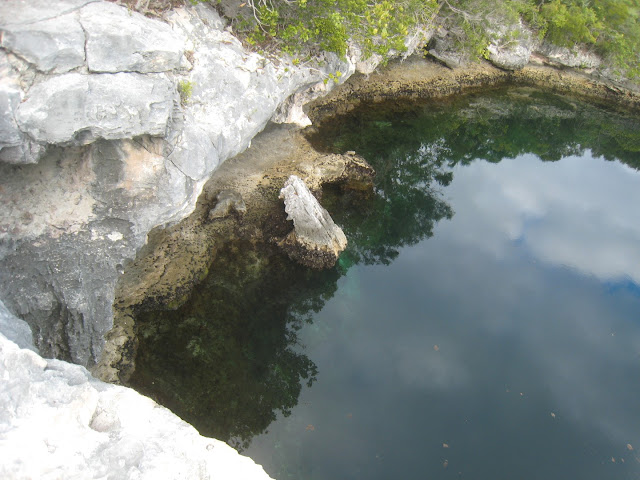 It would have been "bluer" at mid-day, but unfortunately we were there in the late afternoon.  Still pretty though. 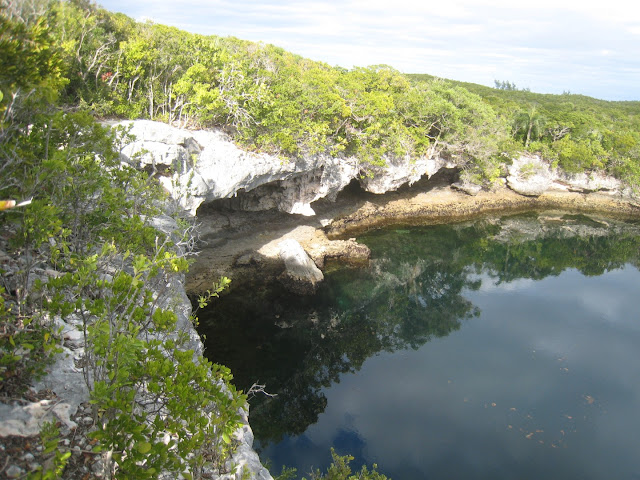 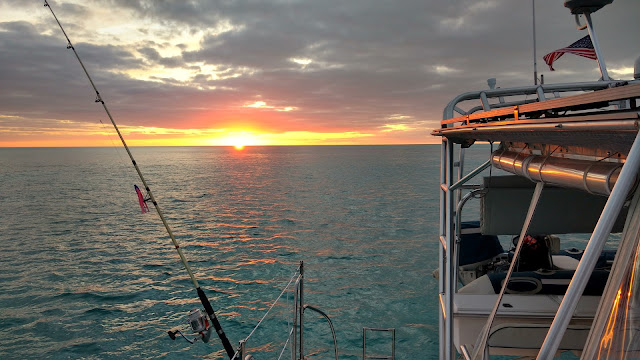 I whipped up some Bahamian "Rice and Peas", coleslaw and grilled the fish with Old Bay seasoning.  Excellent!!! 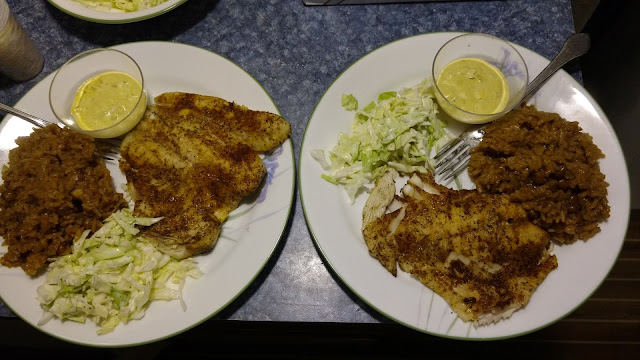 If I don't get a chance to tell you, we hope everyone has a happy holiday!!
Posted by Karen at 3:24 AM