We took the free marina bikes on a nice ride.

First, we went exploring at the defunct Great Harbour club from the 1970's.  An investor had plans to make the entire island a club that catered to celebs - Bridget Bardot, Cary Grant, Jack Nicklaus, Joe Namath, Ingrid Bergman, and the Rockefellers.

Apparently, it worked for a while - these are the only photos I could find of it in the hayday.  Spectacular buildings overlooking a golf course with a bridge for golf carts over the roadway. But the oil embargo in the 1970's and other economic issues caused it to fail.  It was abandoned and is now in sad ruins. 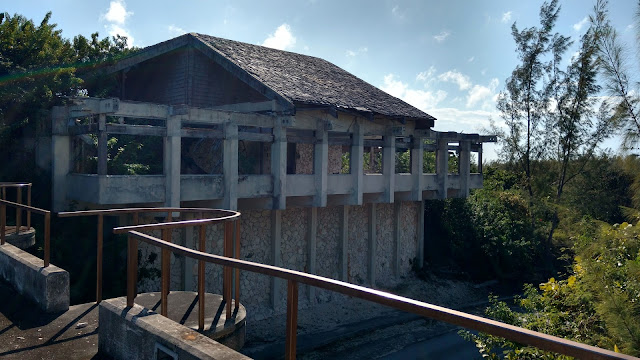 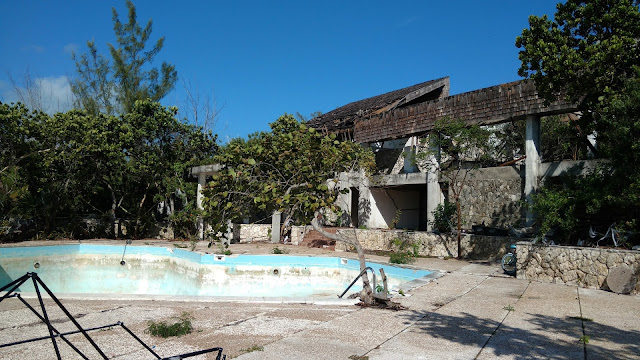 The golf course was maintained for many years by the islanders but is no longer.  You can still see the golf cart paths but otherwise it's just open space. 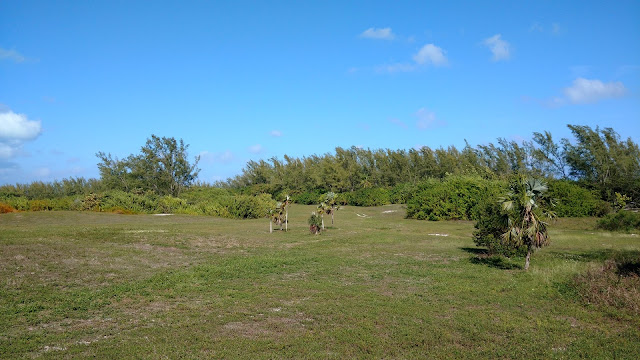 Hard to believe the government doesn't destroy the building - it's kinda spooky.  The remains of a huge circular bar - trees are growing inside the building. 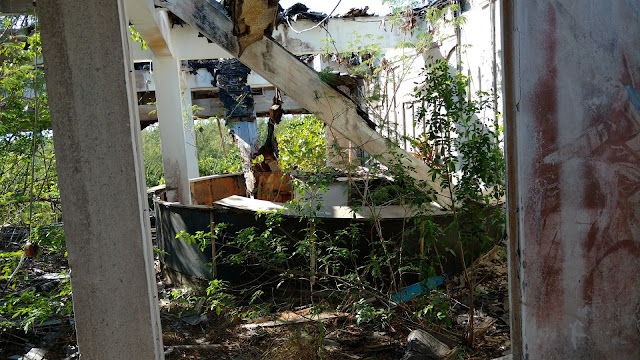 Carefully wandering around, it's clear that it was a really cool place at one time. 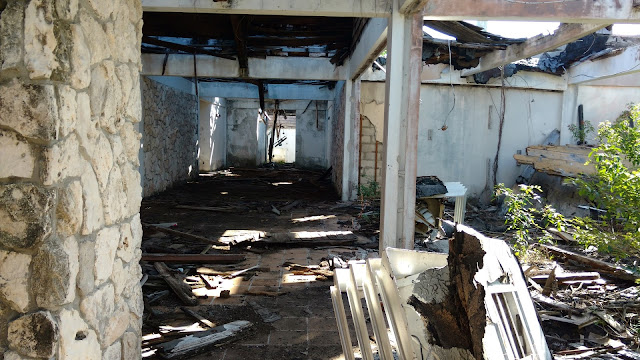 Enough of that depressing stuff....off on our way - we stopped by the airport.  Could only take a photo thru the fence - just one airplane on the ramp, but we've noticed many flying low over the marina to land.  Customs is available at the airport, but no fuel. 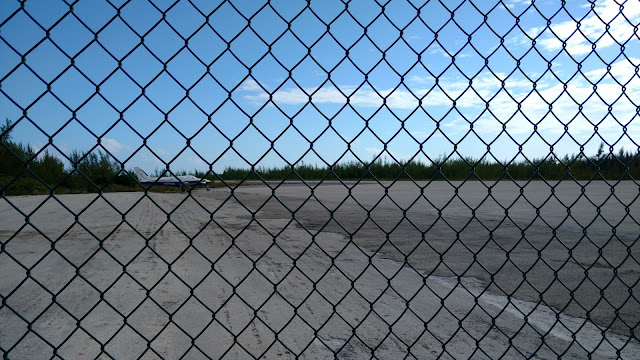 Then it was off to the beach.  Found a couple of complete sanddollars and a pretty urchin. 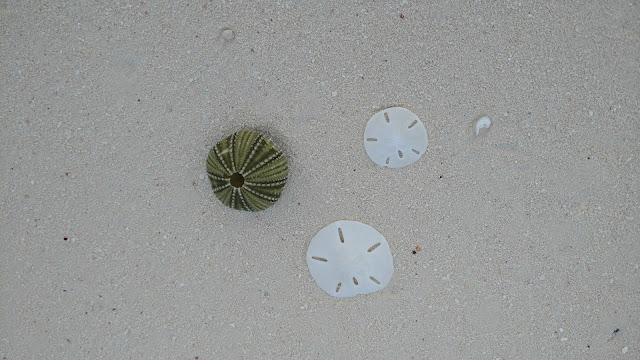 Otherwise, just a nice day for a walk on the beach! 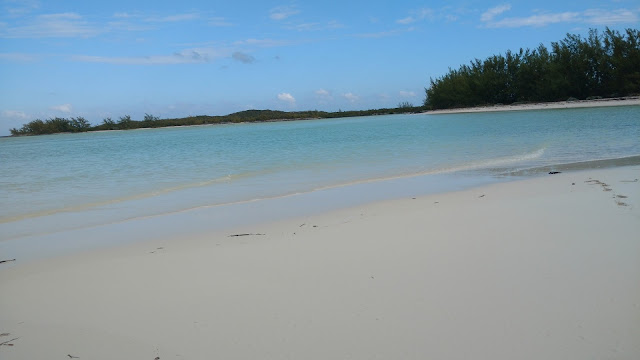