Today we got a call from new cruiser friends saying that a group would go dinghy exploring at 10:30AM.  So we got all our snorkel gear in the dinghy and fell into trail with 4 other dinghies. 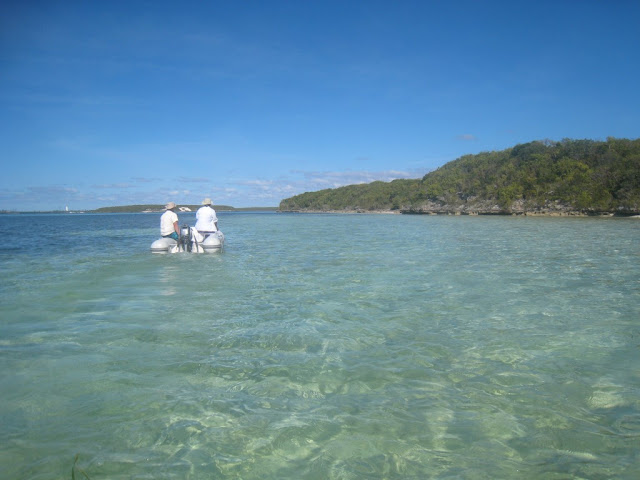 First stop was at a sunken airplane.  We all plopped off our dinghies for an enjoyable little snorkel.

The water was a bit murky, but it was a fun first snorkel of the season.  The plane was an old drug-runner plane - looks like it might be something like a DC-3. 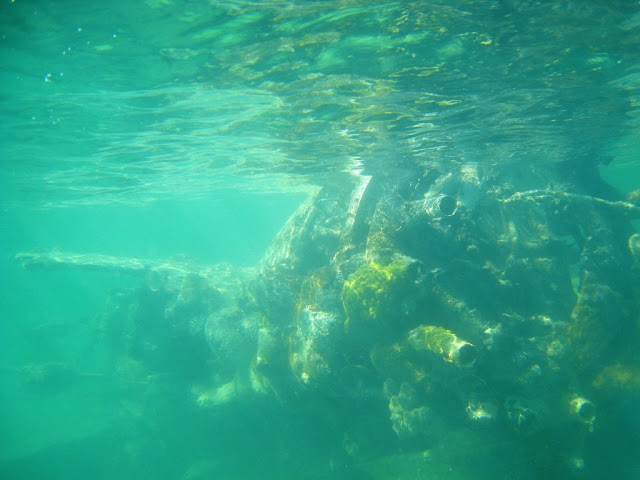 A good amount of fish around - saw this lion fish (looks like feathers).  We didn't have a spear with us or Duane would have killed it (it's an invasive species and divers here try to limit their damage). 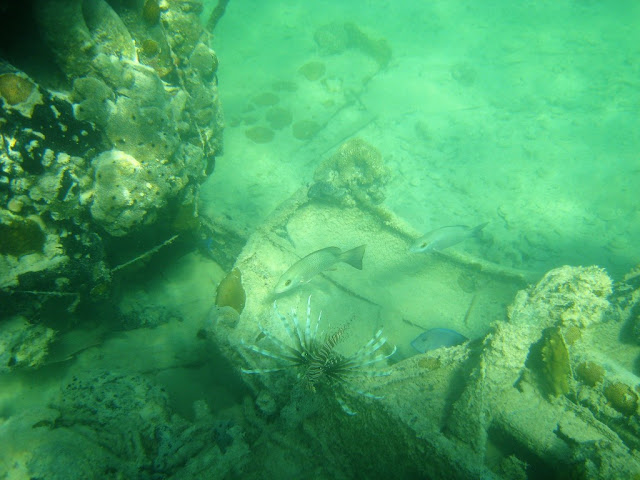 Then it was off north to find another snorkel spot. 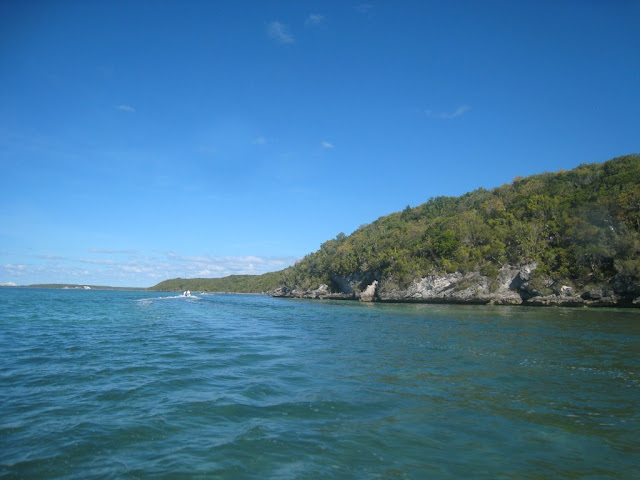 But our new friends from a Canadian Leopard 38 catamaran Riff Raff, Rob and Barbara, had engine troubles.  We stayed with them to sort it out while the other 3 dinghies went to find the snorkel spot.  We "buddy-boated" back to the marina with Rob and Barbara to be sure they made it back safely (we were about 5 miles from the marina so paddling would have been almost impossible!) 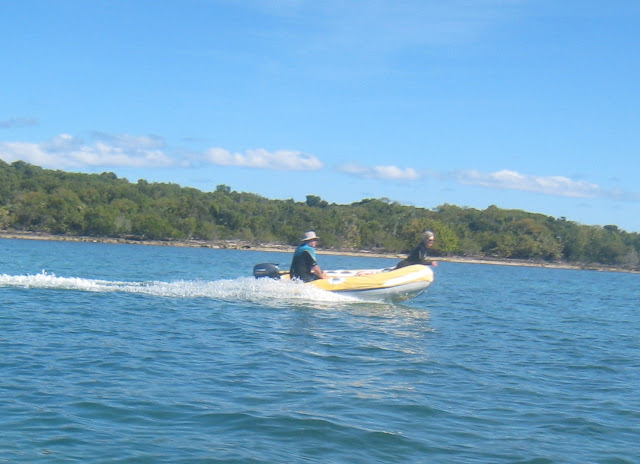 Later in the day we met up with Bess and Jim from Destiny and went back out on the dinghy to explore some mangroves. 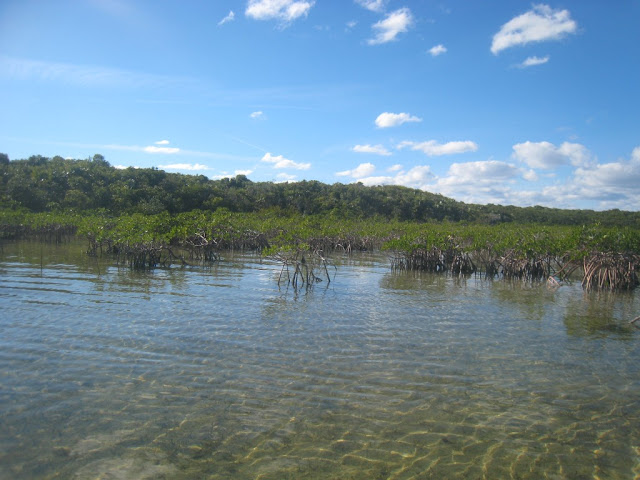 I was in charge of navigation and I took us down the wrong channel.....but all was an adventure. 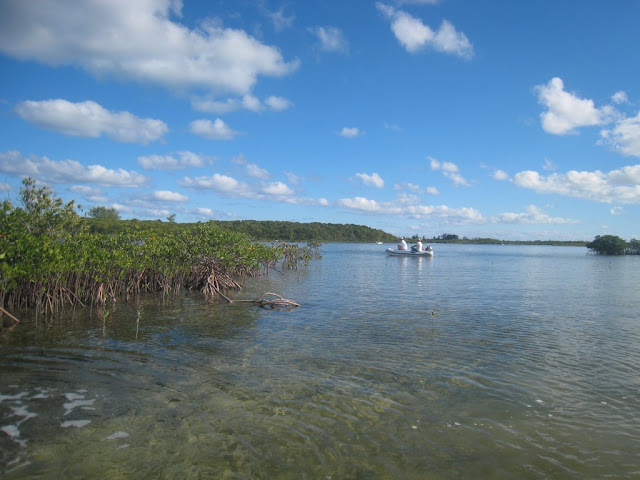 The water got too shallow for the motors - so we got out paddles at one point before turning around and going back to our boats!  Still a fun exploration even if it wasn't where we expected.  Saw a turtle and a baby shark. 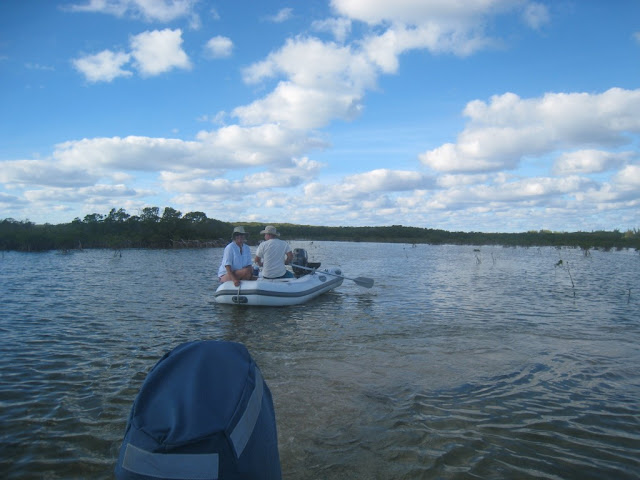 We went to the marina for happy hour and met back up with Rob and Barbara.  Rob had purchased a large snapper fresh from the "fish guy" at the dock.  They invited us to stay for a quick dinner on their boat.  Wonderful meal and great conversation until it was 9pm - a.k.a "cruisers midnight" so it was back to our boat! 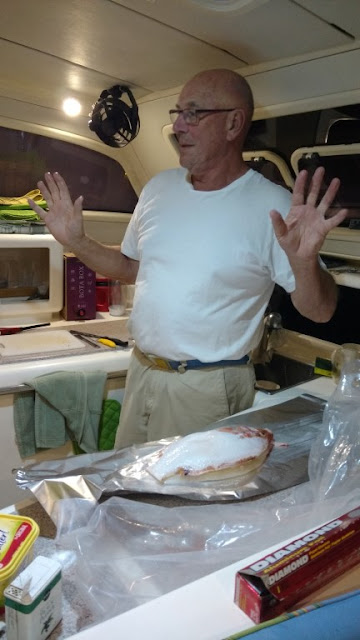