Woke to a beautiful sunrise!  Pulled up the anchor and headed west. 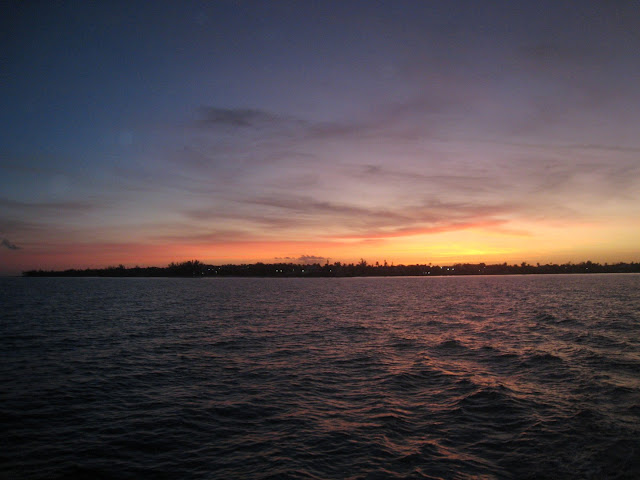 Since the winds were behind us, we were able to pull the sails in opposite directions and sail wing-on-wing. 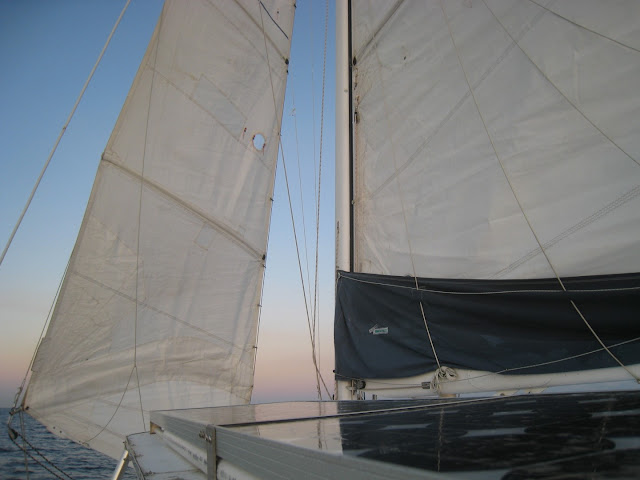 Passed fairly near this tanker.  I'd seen it on the AIS long before I could actually see it with my eyes.  It is strange in that it was hovering - zero speed - and is NOT at anchor.  It's about 15 miles from Andros - in an area that is about 7000 feet deep.  Weird. 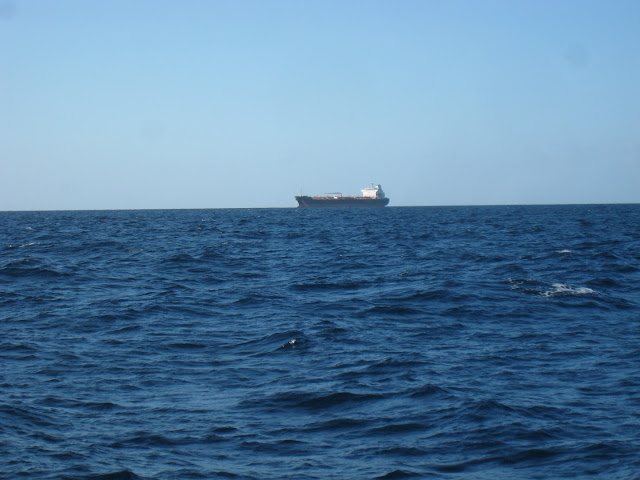 About 5 hours later we were anchored in the Morgan's Bluff bight on the island of Andros. 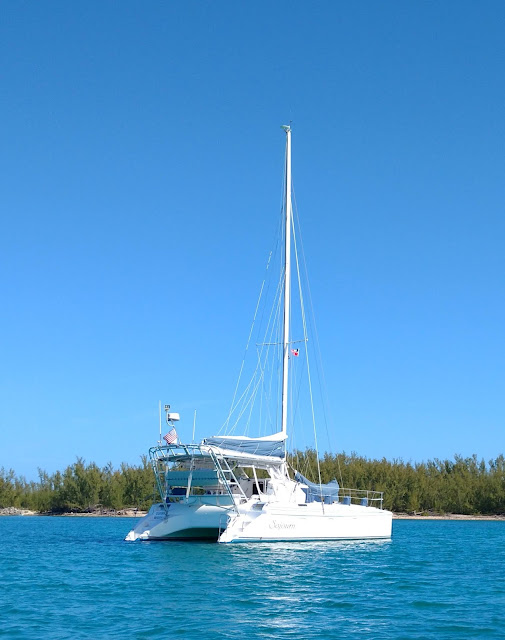 After much delay, we finally met up with our cruising partners - Now and Zen!!! 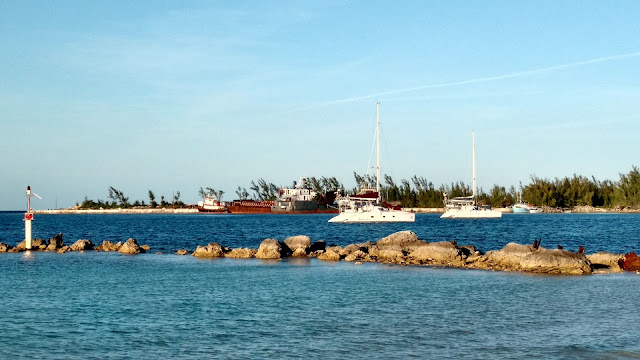 After a little dinghy maintenance on the beach we retired to the boats.  We had a fun spaghetti dinner with Ralph and Leslie.  Good times now and to come!  Happy New Year's Eve!! 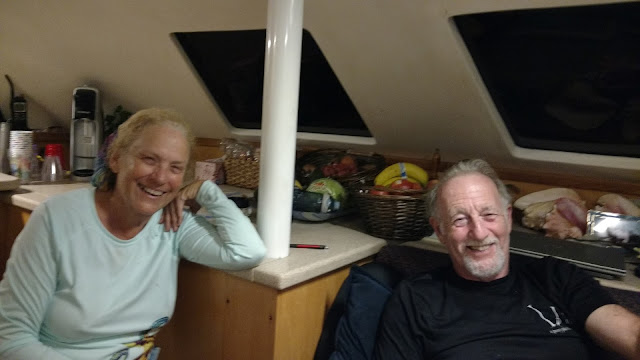