Through Whale Cut and back to Marsh Harbour

We lifted anchor in the morning to head back thru the "Whale Cut".  It was forecast to be a little rough, but nothing we couldn't handle.  Turned out to be pretty rolly - 5-6 foot waves hitting us mostly from the side, so it rolls us to-and-fro.  But, it was only for about an hour.

Photos are notorious for "flattening out" waves, but you get an idea here. 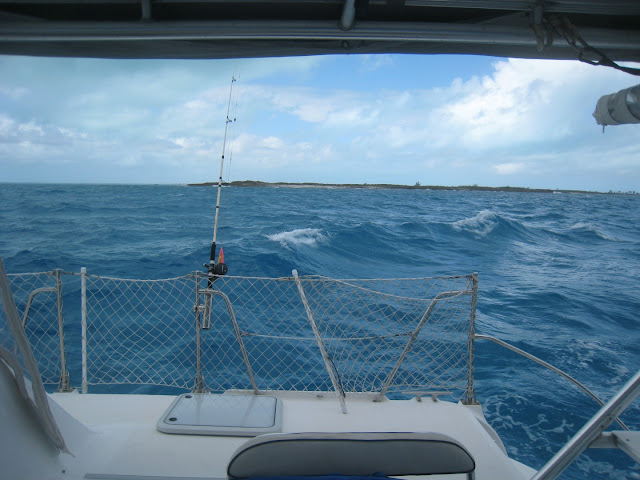 Once we were through the Whale Cut, the seas calmed a bit and I made some pecan sandy cookies with the last of some pecans my sweet sister gave me last year.  They had been in the freezer at home and I had taken them with me to Texas. 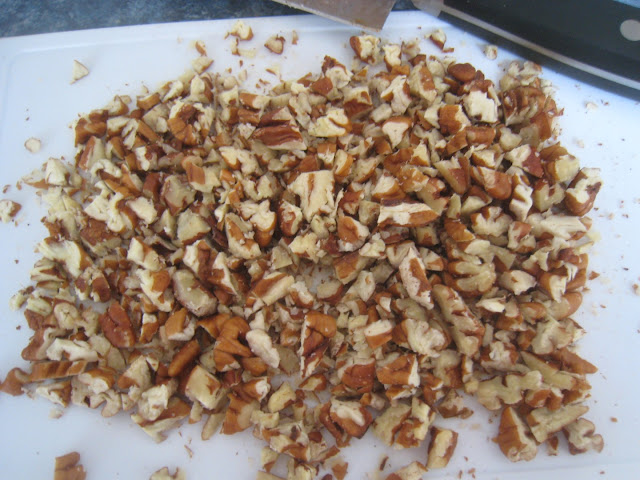 I followed a Martha Stewart recipe and I'll admit they were pretty disappointing!  Look pretty but almost no flavor despite loads of butter, haha. 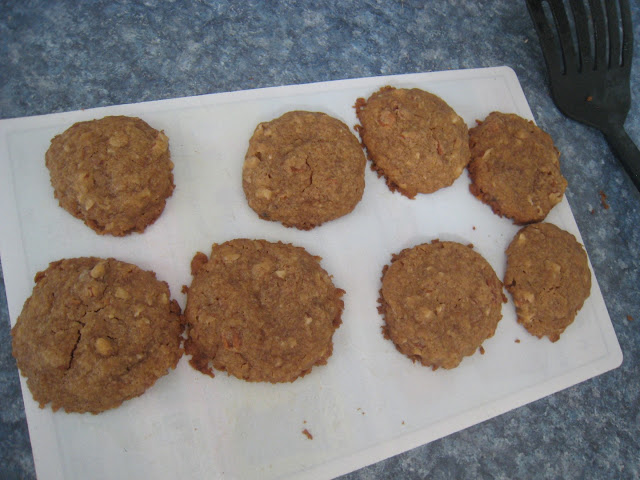 We needed to make water for several hours, so we stopped along the way at Fish Cays and anchored in the clear water.    I did some laundry - Duane saw me taking a photo and asked what I was doing - I told him that this photo will be named 'Laundry in Paradise'.    Back to Marsh Harbour for a couple of days. 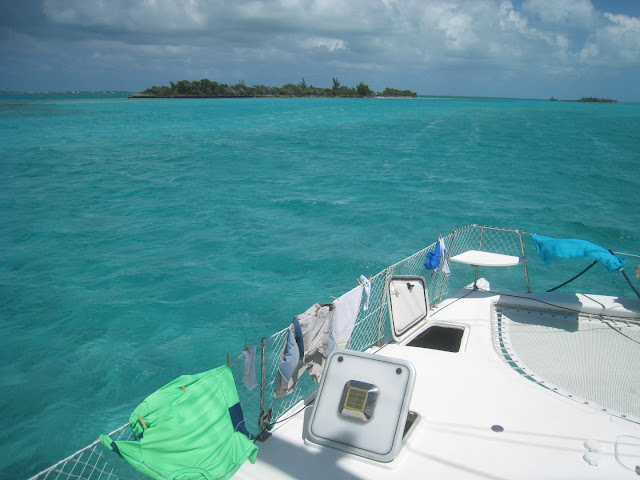