Moved closer to the Pensacola channel

We decided to leave our little bayou and get a few hours closer to our "shove off" point.   So, we motored about 10 miles down the Intracoastal Waterway - met a couple of big barges on the way. 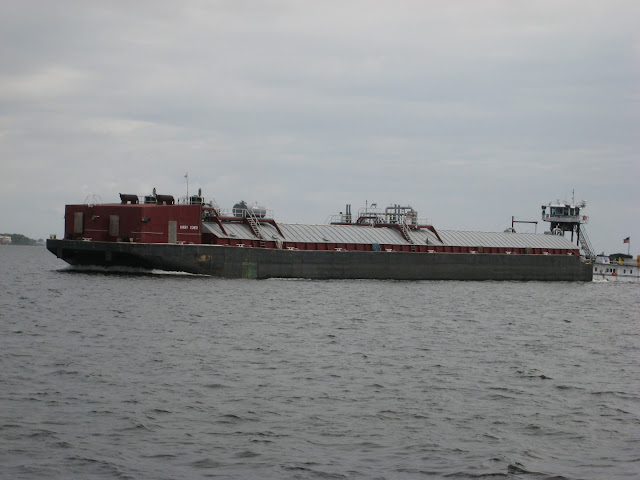 Shortly after we left the Alabama bayou area, the waterway started to look a little more "populated". 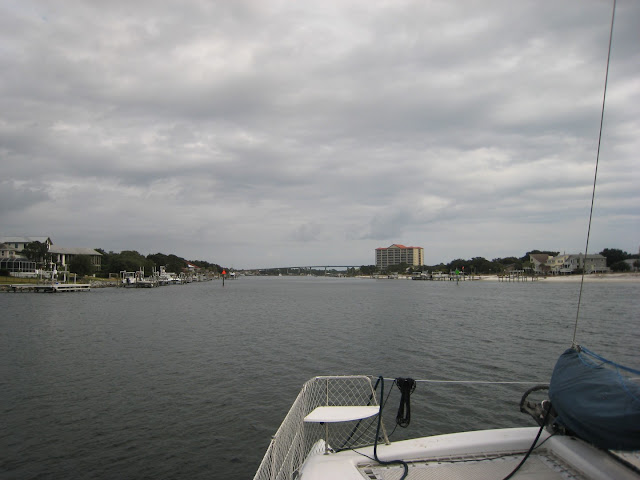 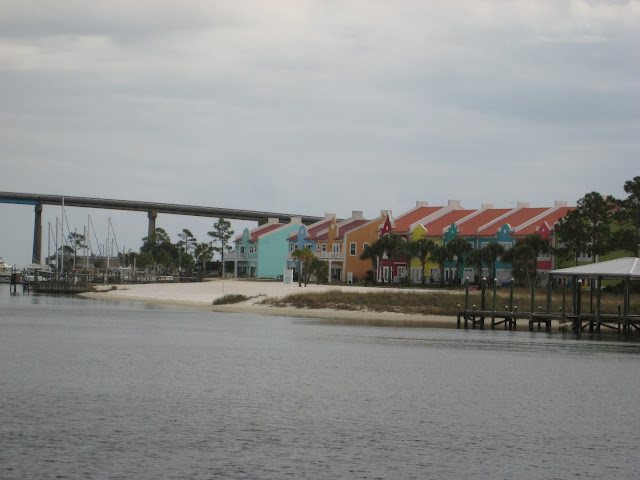 And we officially made it to Florida!! 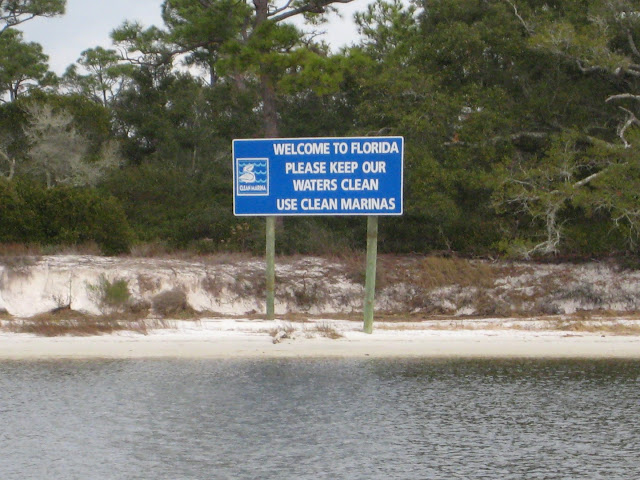 Our anchorage for the next several day will be near Ft. McCree.  It's just a little cut that is made between the barrier island (Perdido Key) and a man-made "spoils" area that is essentially a huge pile of sand the Army Corps of Engineers placed there to get rid of the sand from dredging.  Perfect little cove though!

Dropped the anchor and took advantage of the still-75 degree weather to tour the remains of Fort McCree. 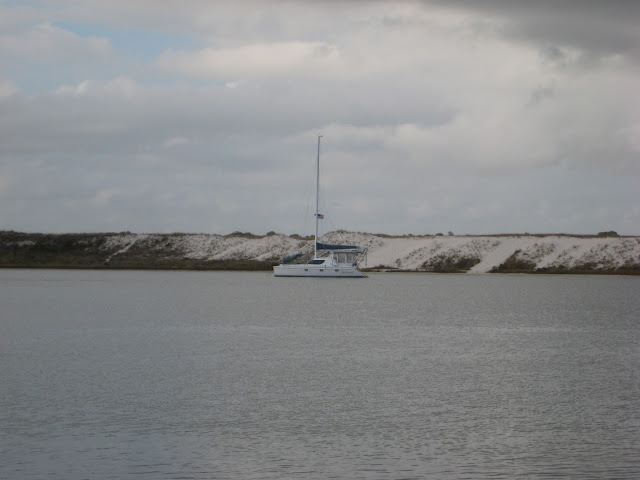 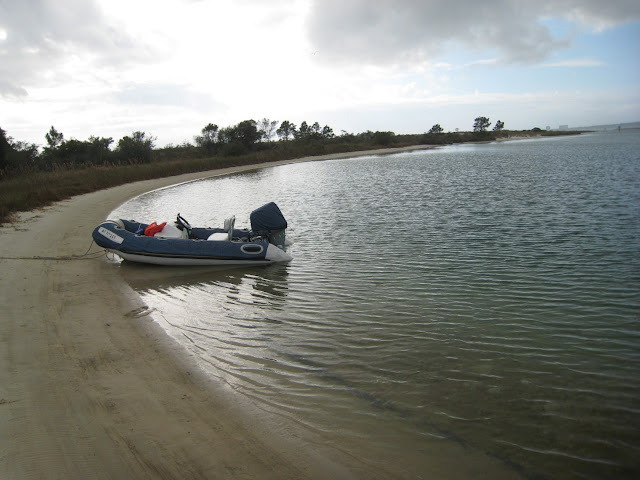 Wandered around the little island...sort of pitiful for a National Park Service area - completely overgrown and left to the elements.  The fort was used during the civil war and then occasionally thru the years up to the late 1940's. 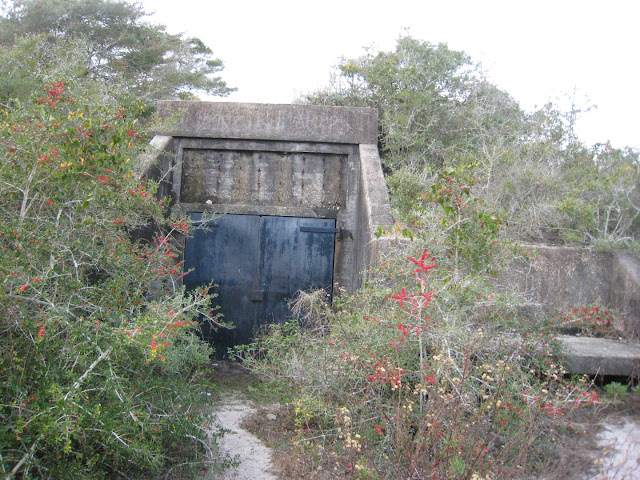 I believe these probably were gun turrets, but no markings to tell me. 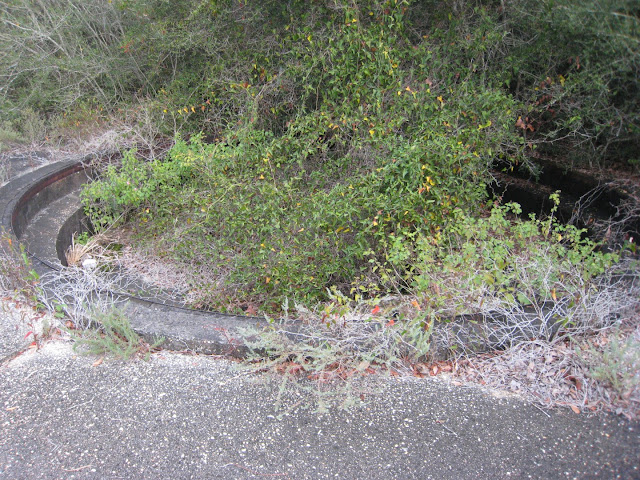 Remains of some buildings. 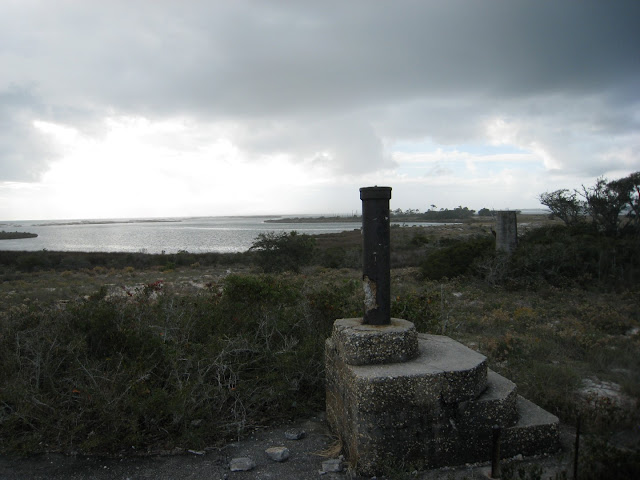 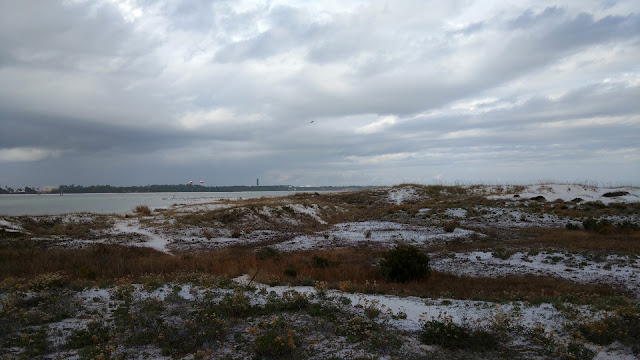 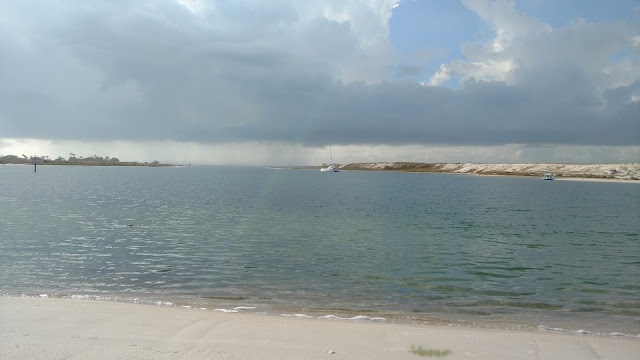 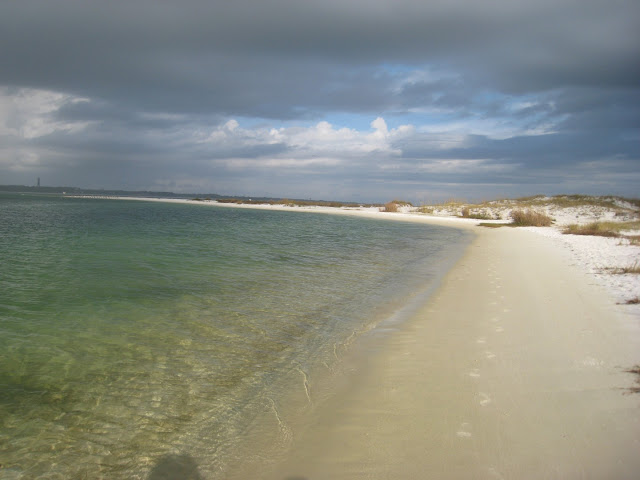 We wandered around on the dunes - this is apparently a popular weekend spot and there appear to be no restrictions about wandering around like you see at the NC beaches.  (Sojourn is in the middle of the anchorage in this photo) 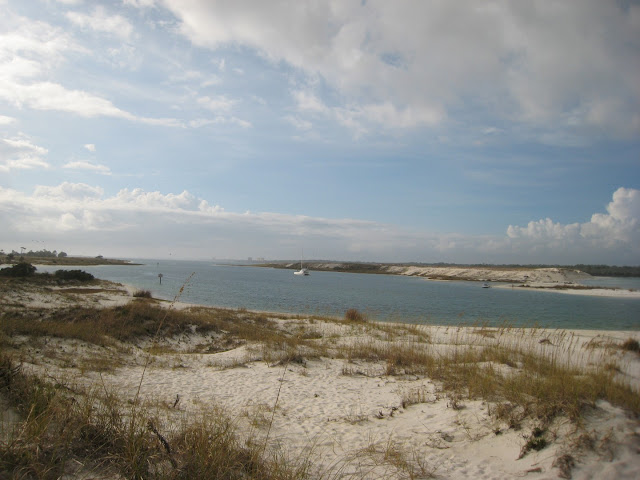 Walked all the way over to the actual Gulf beach - not a lot of shells, but found several little sand-dollars! 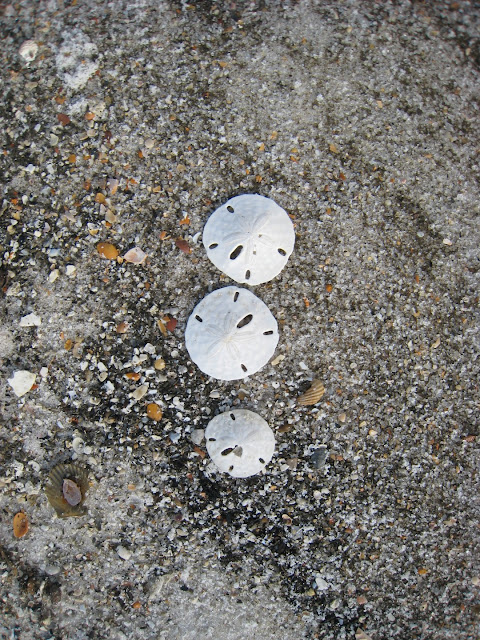 Back to the boat, beautiful but chilly water. 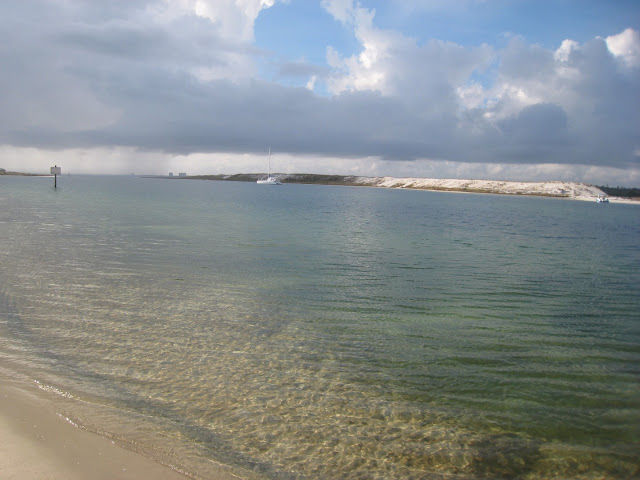 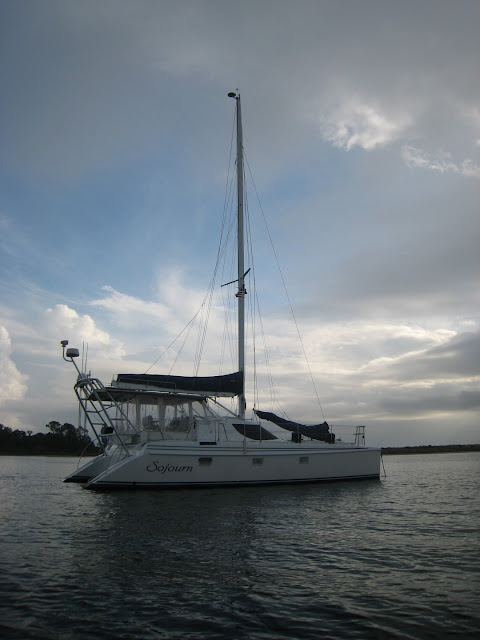