We woke to a pretty sunrise anchored in the southern edge of Mobile Bay. 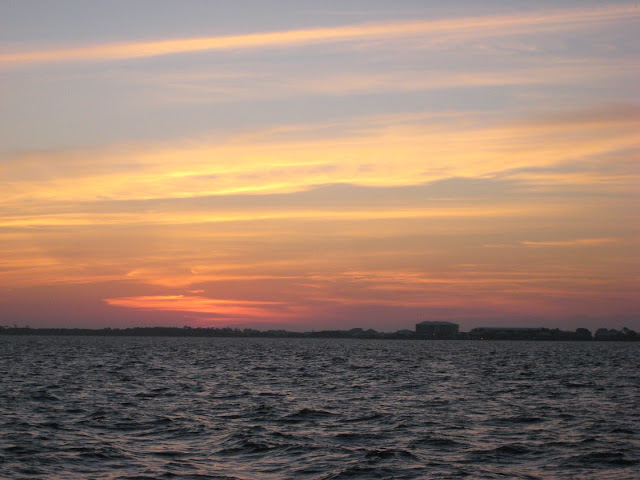 We're in no rush - there is weather coming offshore that will keep us near Pensacola until the weekend.   Ate a leisurely breakfast.

We had been monitoring our fuel during the 4 days off shore.  We only have 100 gallons of fuel...remember this is a brand new tank that got installed during the long wait to buy the boat, a little different than the original tank.

We knew we were running low on fuel, but the gauge read 1/8 of a tank.

Duane opened the tank and got a "stick" reading (which means he stuck a wooden dowel in the tank and pulled it up to see where the wetness stopped).  This measurement said there was about 4" of fuel left in the tank.   This means there was still ALOT of fuel left even though the gauge read 1/8 full.  (Our airplane experiences have taught us NEVER to believe fuel gauges).

Satisfied that we had plenty of fuel for the 4 hour motor to our chosen fuel stop, we cranked up both engines to pull the anchor.   (And remember, we have those 2 - 5 gallon jugs spare on the deck).

The starboard engine quit!  We quickly shut down the port engine to investigate.  Looks like the fuel pickup tubes are set really high, probably to prevent intake of water at the bottom of the tank or maybe just in a different position than they were originally.   But this is unacceptably high and will have to be changed eventually.

So, Duane used one of the 5 gallon jugs to replenish the fuel.  This will be plenty 4 hour run on one engine (they use about .7 gallons per hour at a fairly low cruise RPM).  Very efficient!

Duane did have to bleed the air out of the lines, but both engines cranked up and ran fine.  Crisis averted, we headed down the Gulf Coast Intracoastal Waterway. 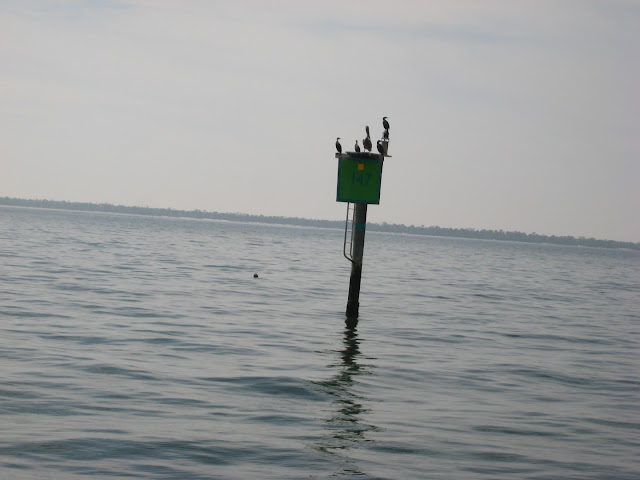 Past some developed areas and lots of wide open spaces.  Very similar to the east coast Intracoastal near Oriental. 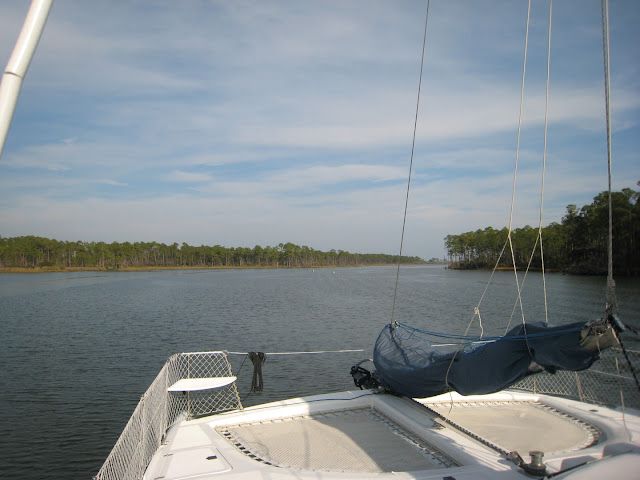 The fillup was only 65 gallons in the 100 gallon tank.   This means that close to 35 gallons in the tank are unusable!  We'll order longer pickup tubes and that issue will be an easy fix.  I'm just glad we didn't run out of fuel 20 minutes earlier last night while we were coming into the Mobile shipping channel in total darkness! 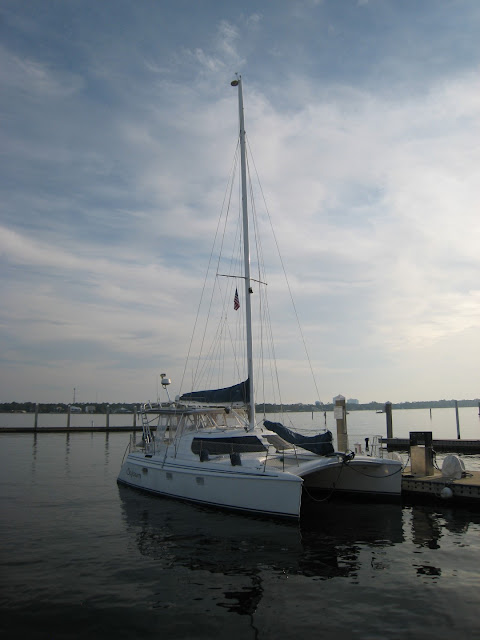 Just a mile further on the waterway is beautiful Ingram's Bayou anchorage.  We were the only ones there. 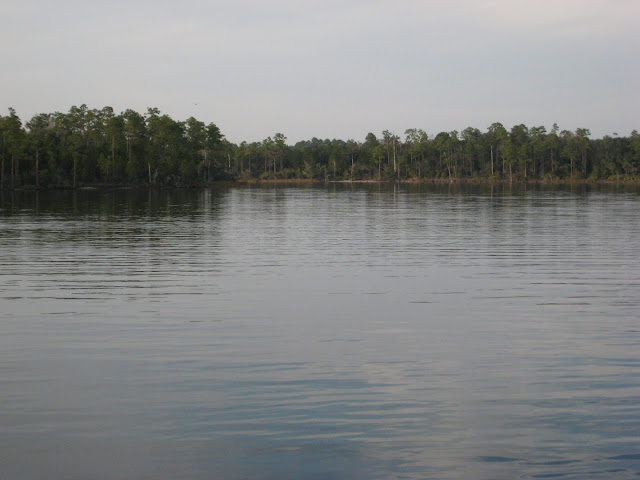 Well, except for a dozen or so dolphin!  Fascinating to sit and watch for them to surface over and over. 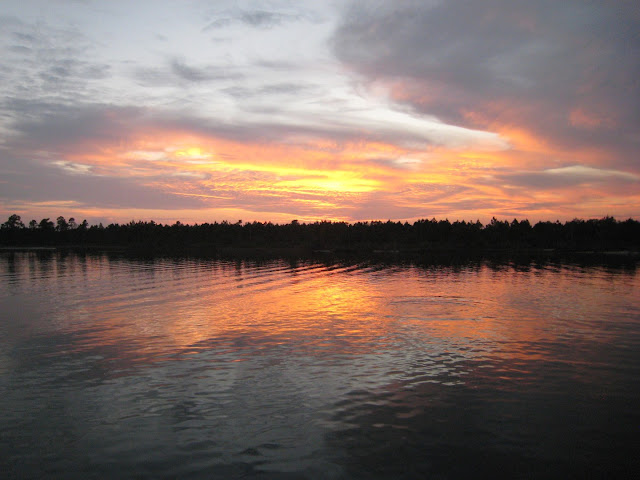 A few minutes later, even lovelier! 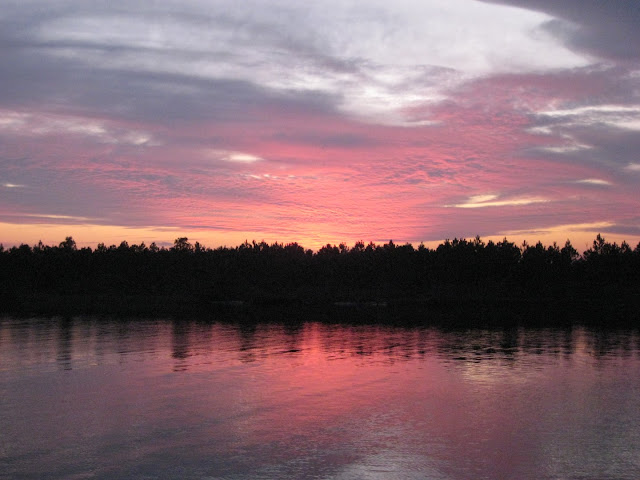