We awoke to a very rolly anchorage with strong winds.  Good thing Leslie had arranged a rental car since I didn't really want to spend the day tossing around on the boat.

There are lots of churches on the island.  This is the oldest one, a Catholic church. 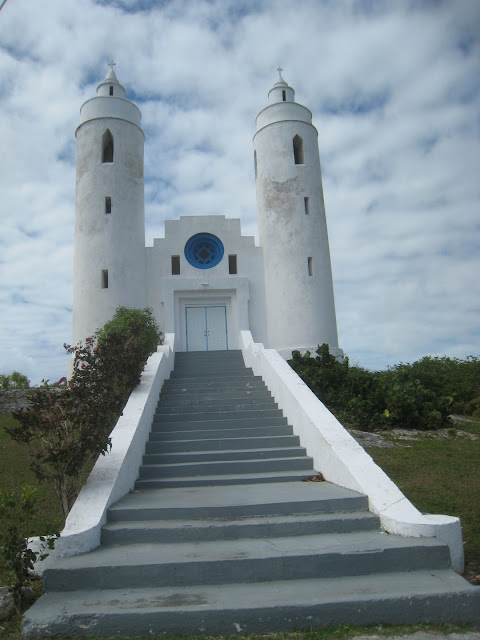 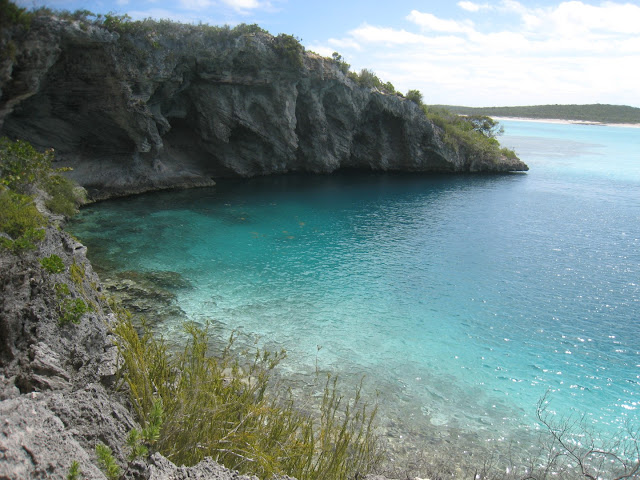 Walking up the trail you can see the cool eroded limestone. 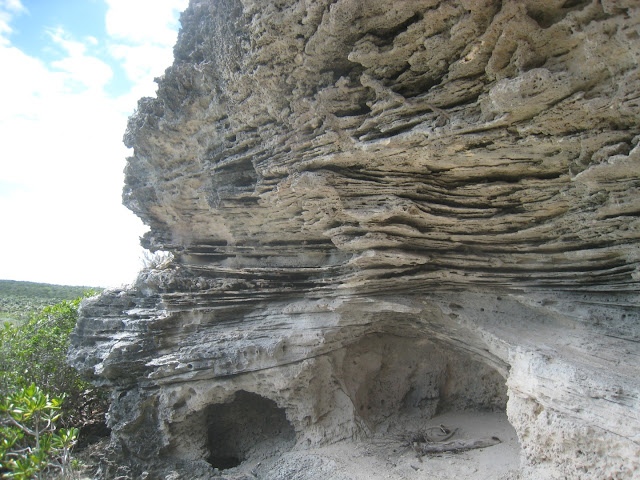 View from the top - some folks go to the other side and jump in from the cliff. 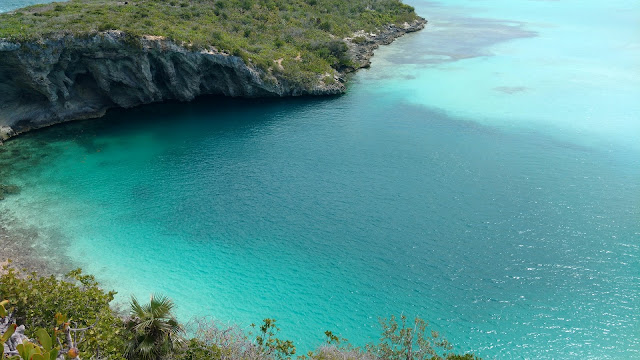 Pretty road out to the beach. 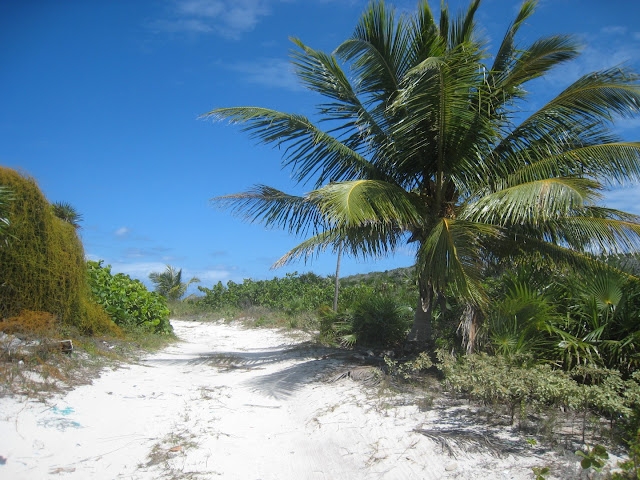 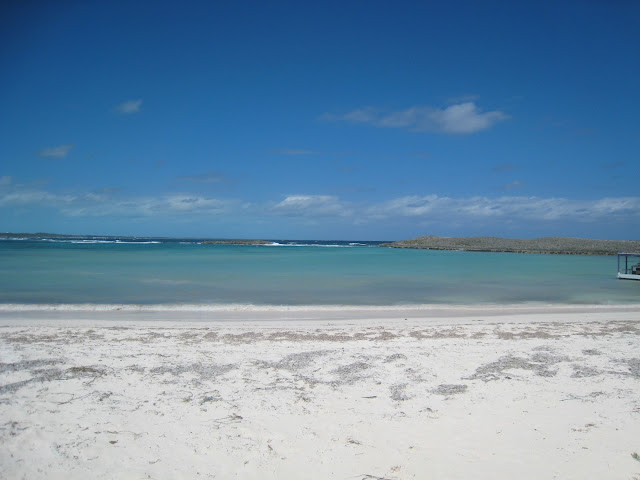 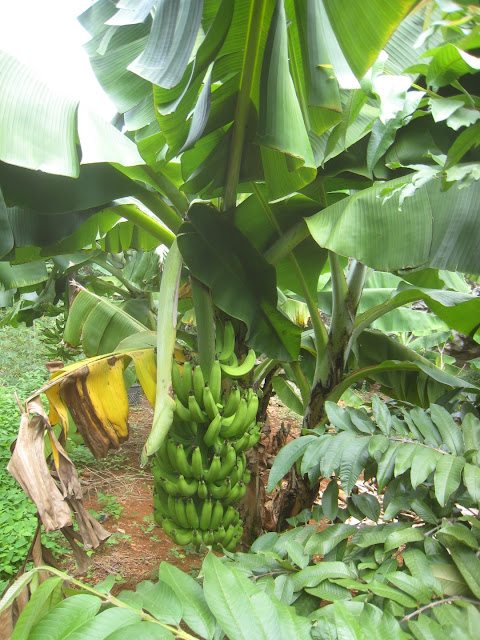 We went on a tour of Hamilton Cave.  This is Leonard Cartwright - his family has owned the cave property for hundreds of years. 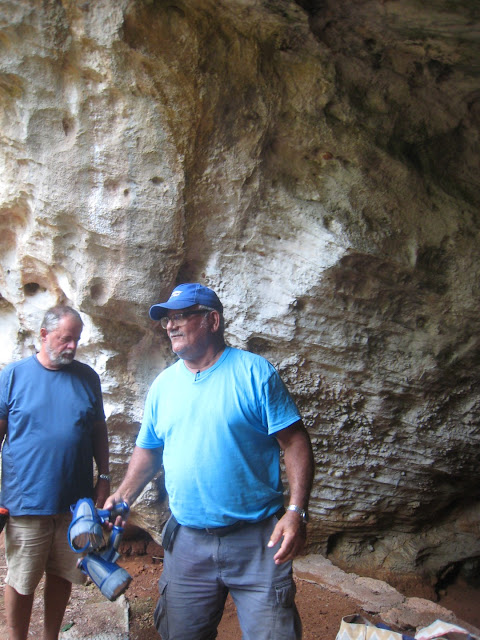 It's a really neat cave - the tour took about an hour.  The cave is dry and since there are several openings to the outside, it's not terribly chilly like some caves. 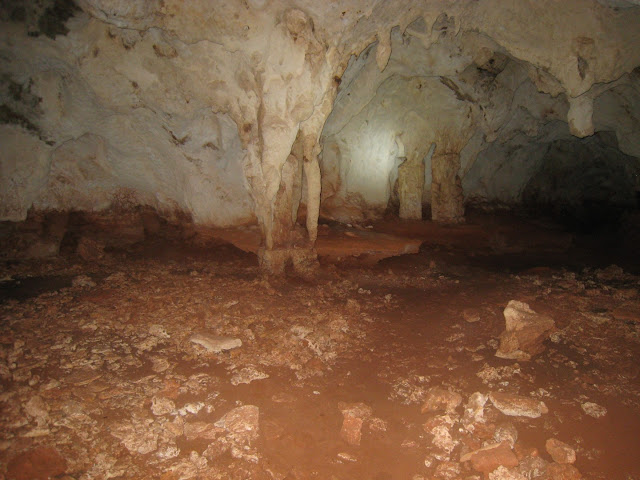 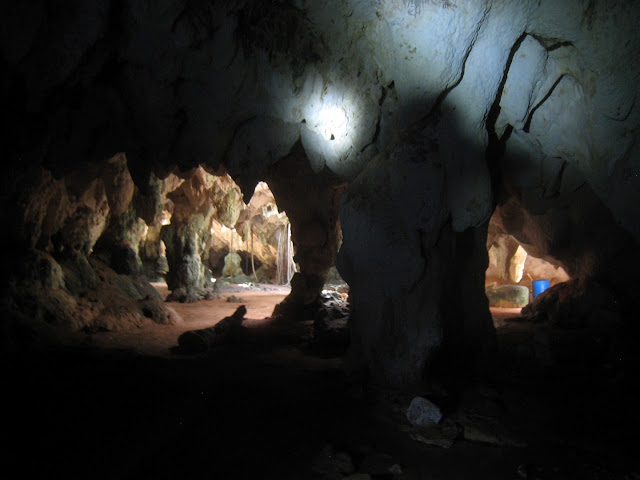 Leonard told us all about the bats, some of the algae you see on the limestone and artifacts that have been found in the cave.  He still uses it as a hurricane shelter! 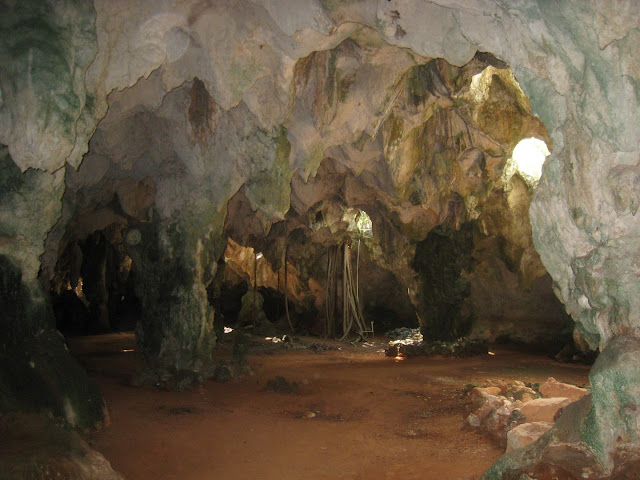 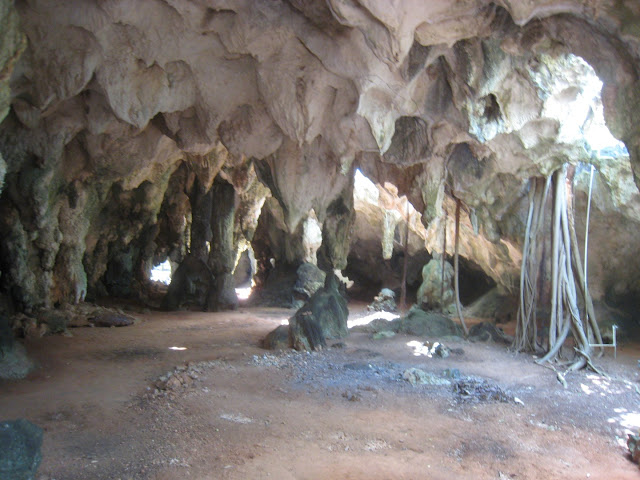 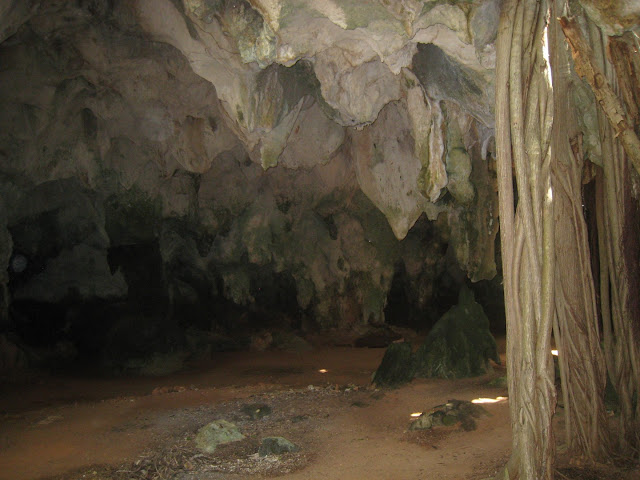 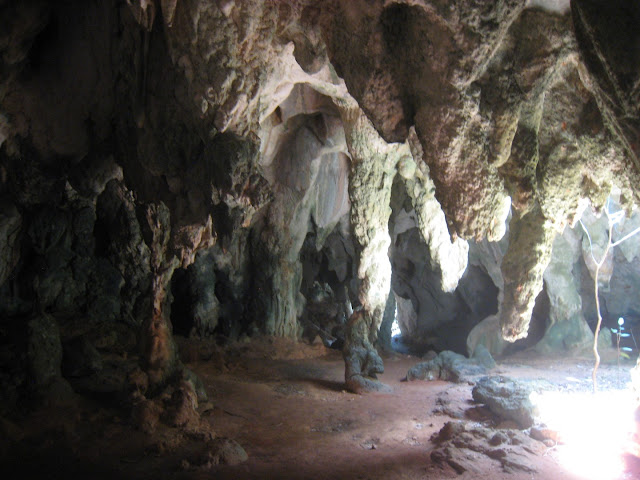 There was one area that we had to crawl thru. 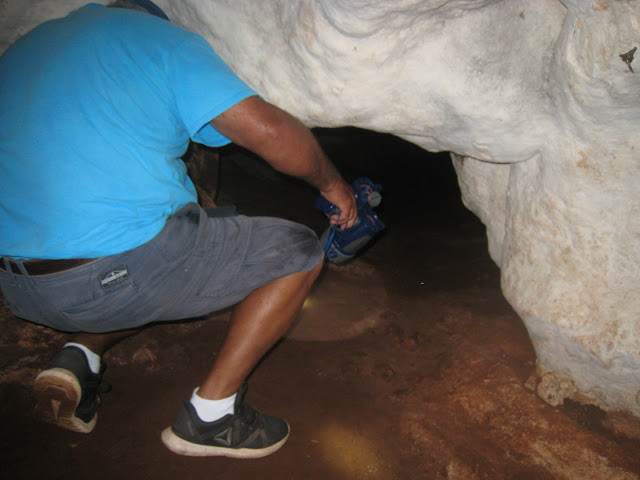 Ralph coming thru the hole. 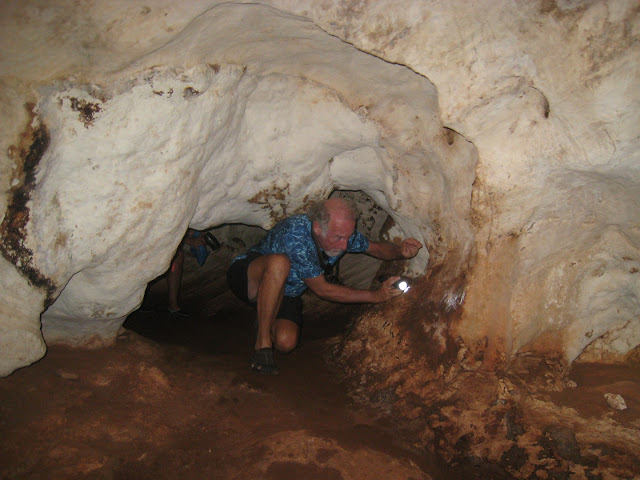 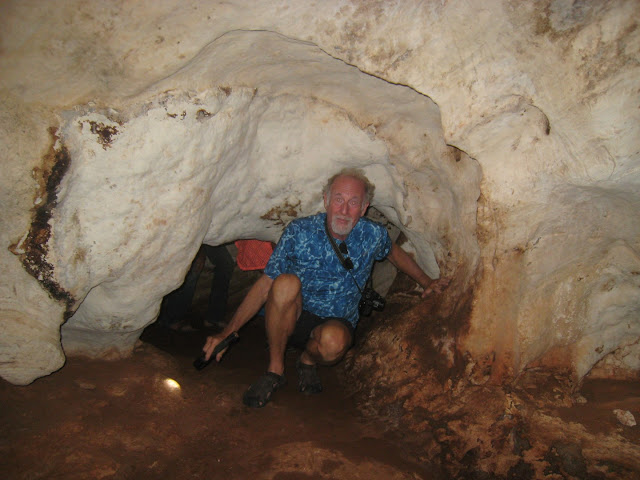 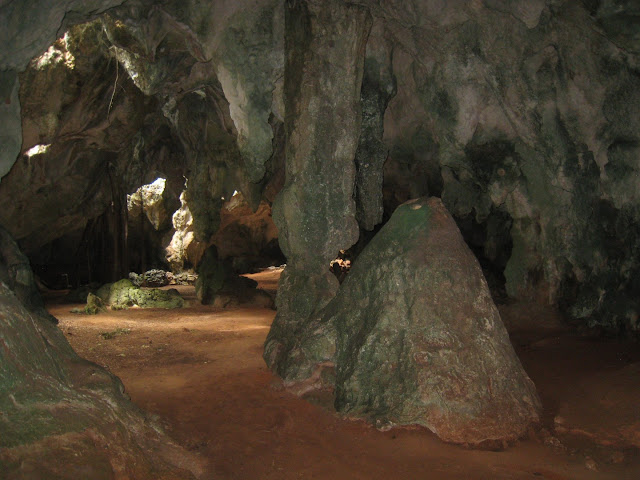 We were famished - and stopped at this little restaurant. 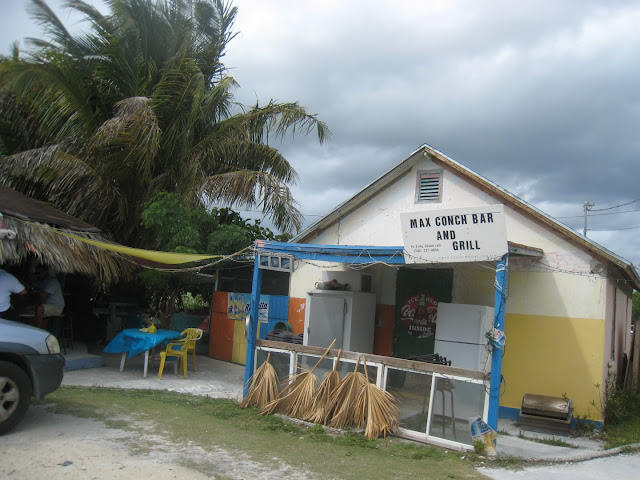 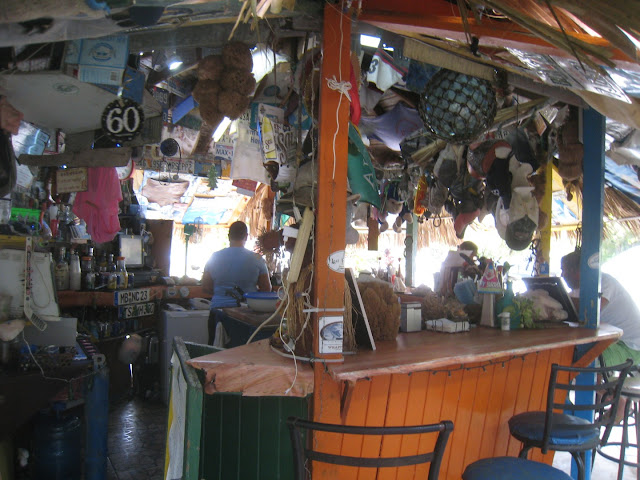 Leslie snapped a photo of us! 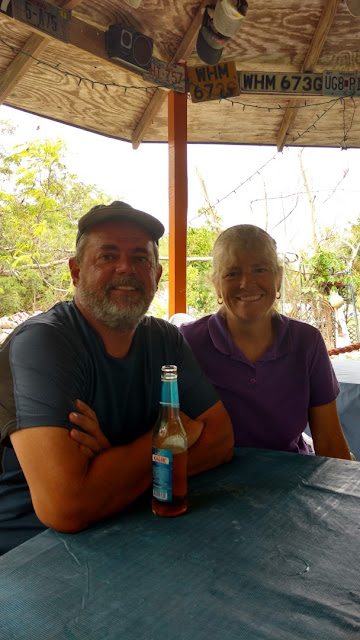 On the way further north, there was a little road construction.  Thought this sign was cute - one side was a normal "Stop".  On the other side, instead of "Slow" like we see, it just says "GO". 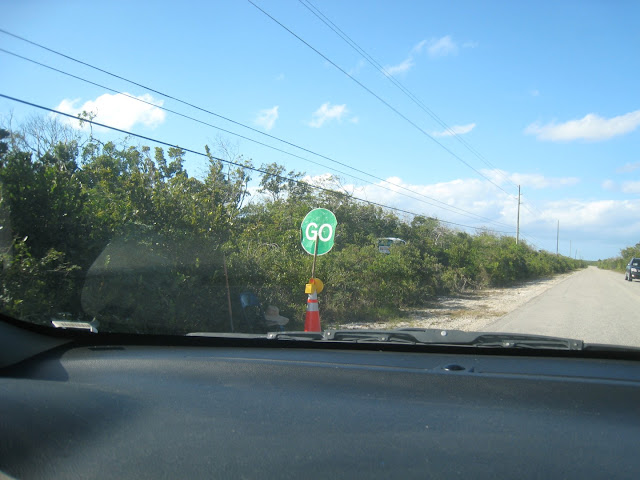 Stopped at the rather nice grocery store.  This basket was $86. 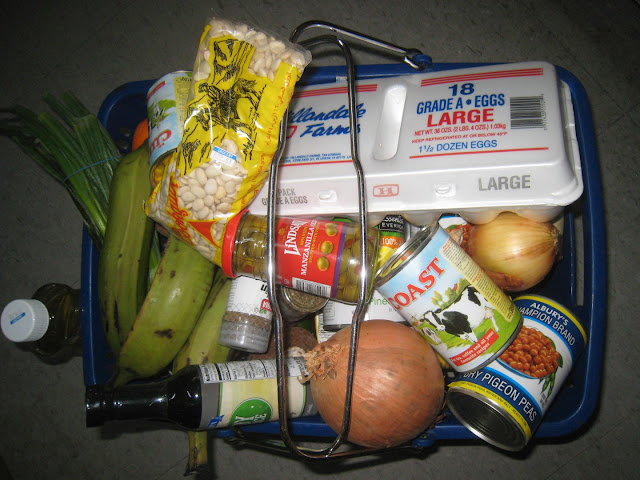 Final stop of the day was a little beach bar that we'd heard about. 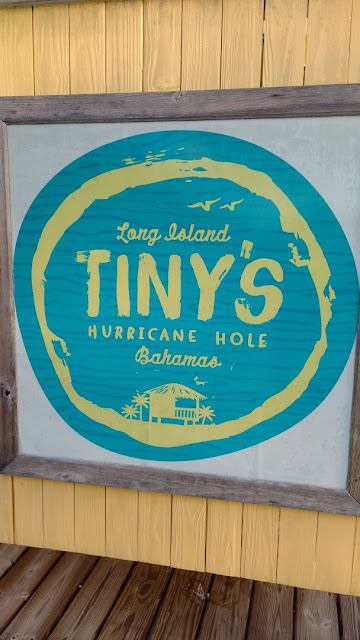 Walked in and immediately see Kay and Bruce from Laura Belle (from Oriental). 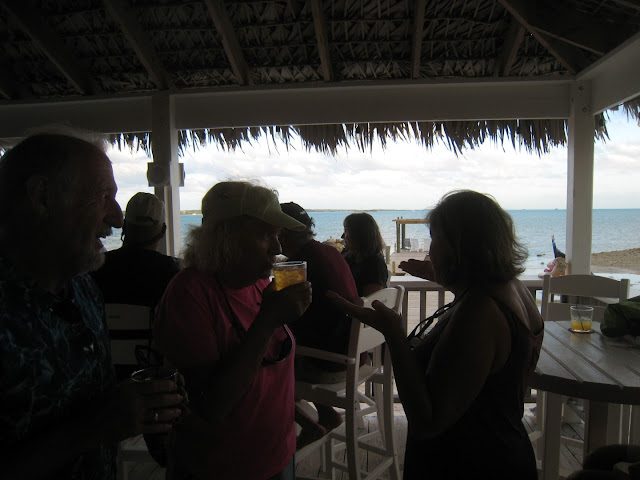 I nabbed a photo Kay took.  That's it for the day - a long car ride back to the boats for a wet splashy ride back in the dinghies loaded with our groceries.  Fun day! 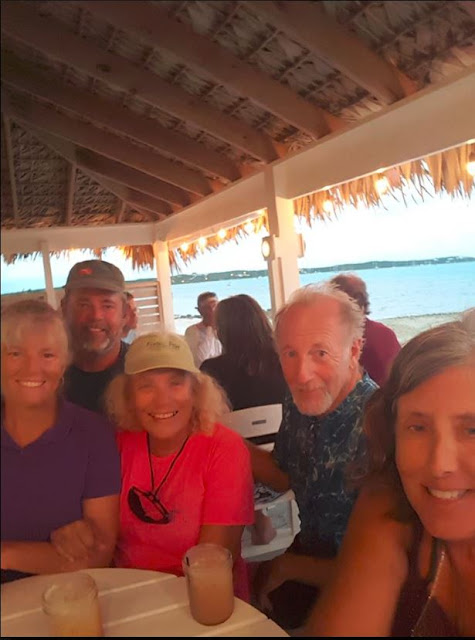