Today we rented a car for an island tour.  Like most of the islands, there is really only one major road so hard to get lost.

First stop was at the airport just a mile away.  We'd heard that the only commercial flight comes in today - and they were just shutting down their engines.   Looked like a good portion of the island's inhabitants were there! 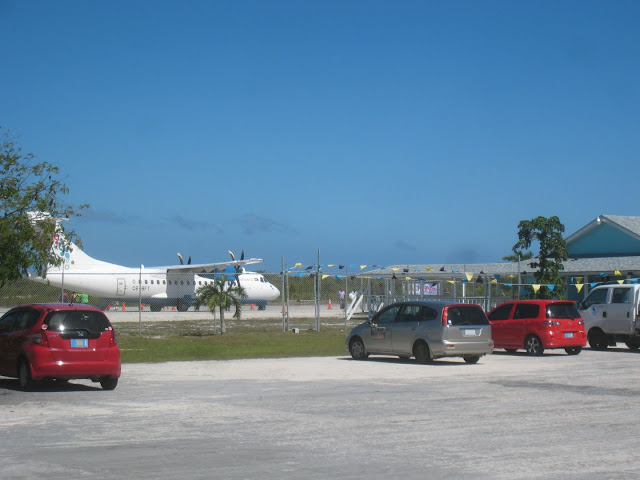 This photo is thru the chain link fence - a sad old plane - maybe a DC3, not sure. 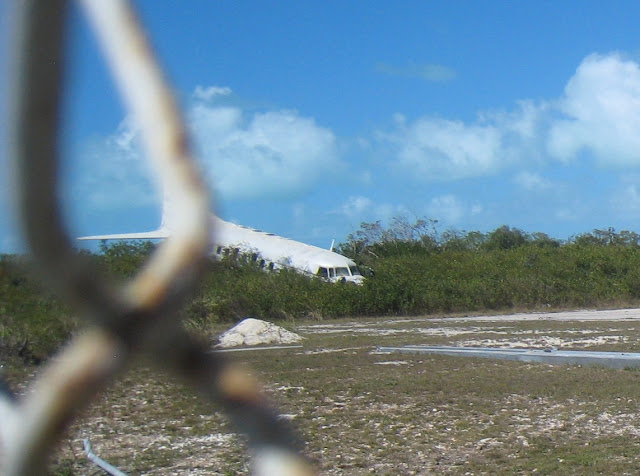 After a beer at the Airprot Inn Restaurant (I could see no Inn...)  we turned down the first dirt road that pointed towards the ocean side of the island. 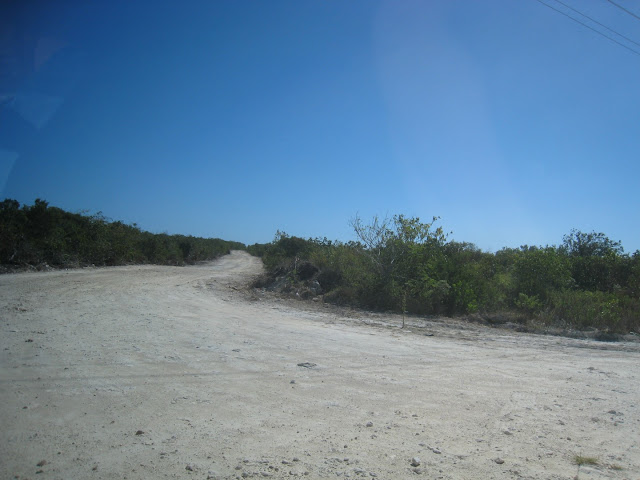 About a mile or two away we came out to this bay.  Would have been lovely except, like most east coasts of the Bahamas, this one was strewn with  plastic trash. 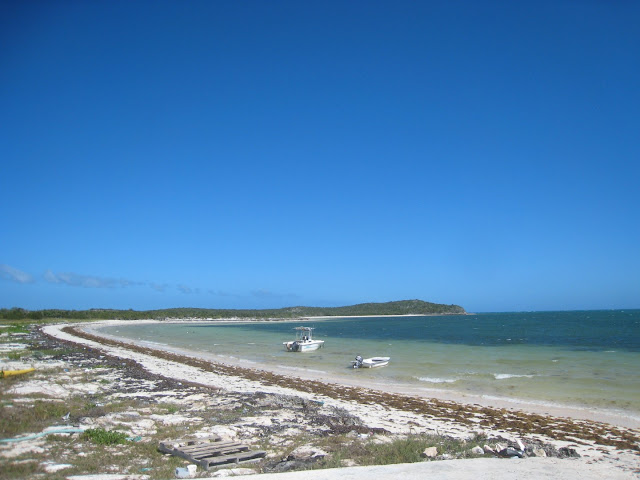 Driving up the island, a lot of deserted terrain with a few little settlements thrown in. 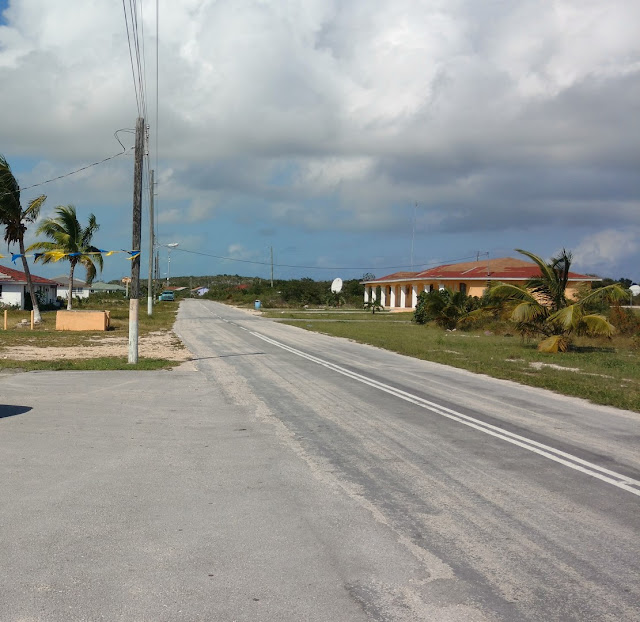 Drove down another dirt road near the northern end of the island to Attwood harbour. 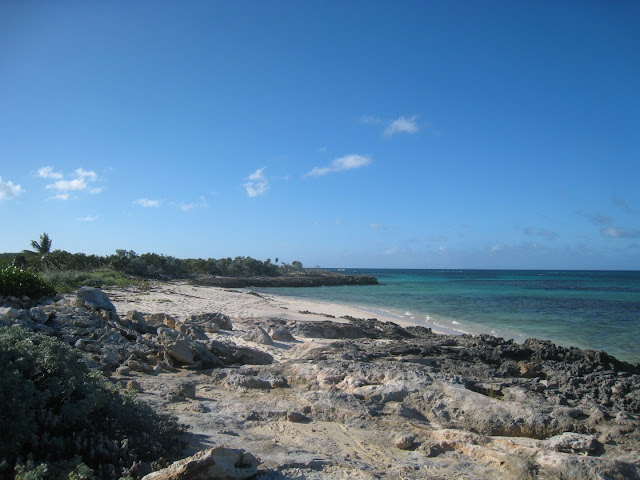 Spotted a cave along the side of the road. 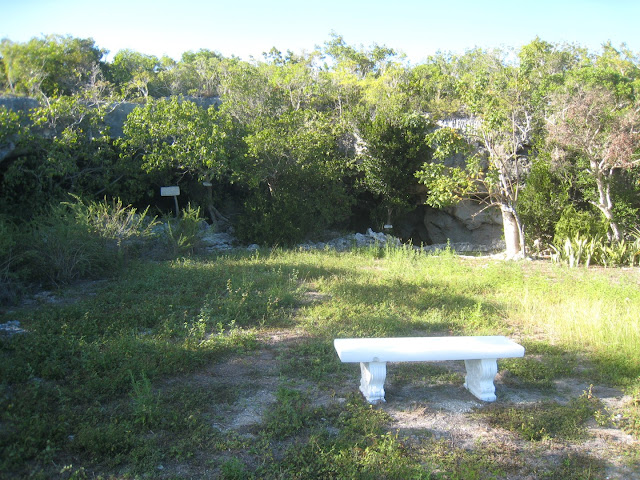 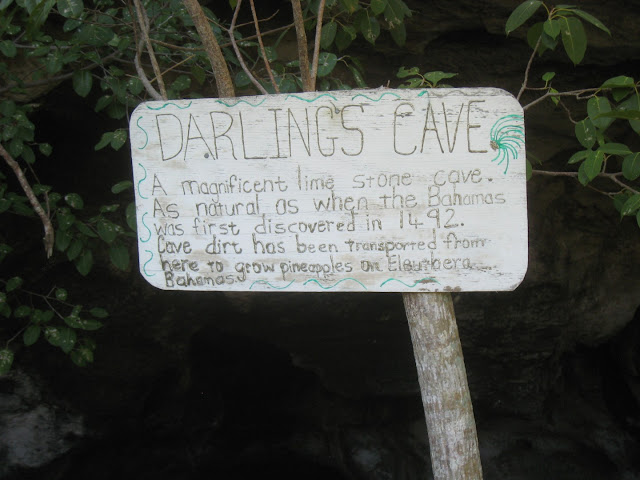 Pretty cool - I wanted to explore deeper....but as I stepped down I was greeted with nasty smelly mud.  I could hear the bats chattering....and decided I could do without spelunking today. 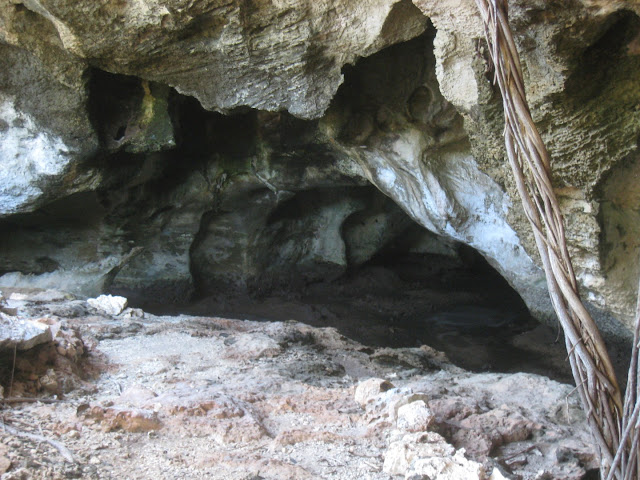 We stopped at a little diner for a snack - the view of Lovely Bay. 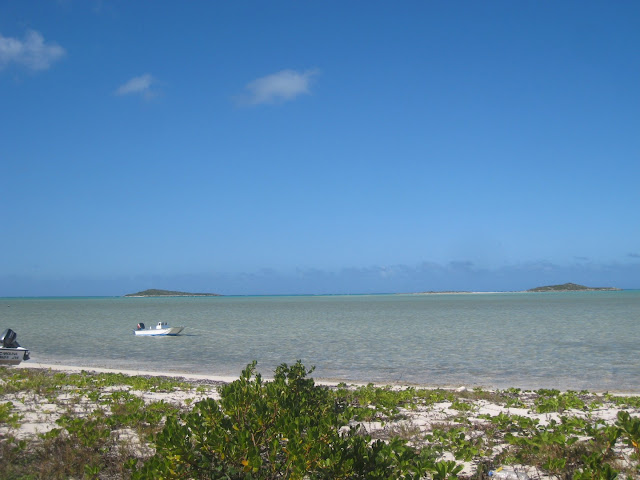 And soon the sun was setting and time to get back to the boats for a quiet evening. 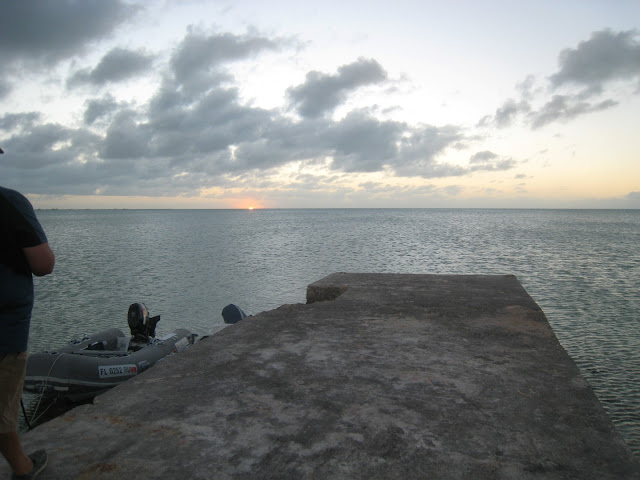