Kindof a sleepy day to start with.  I made some bread, read my kindle. 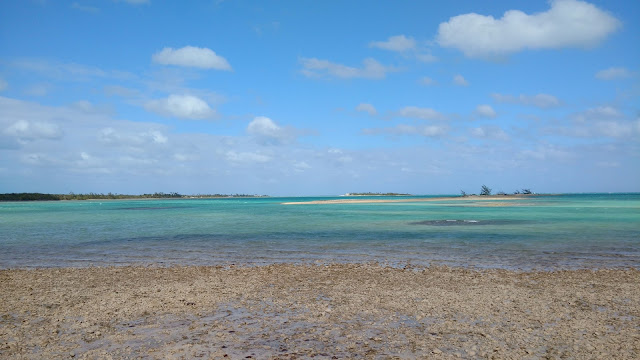 We made arragements at Rolles restaurant for dinner a short walk away.  (They're not necessarily open).  We were the only ones there.  Nice fish meal.

When we got back to the dock, there was much excitement.  There was a fishing boat that was coming in to tie up at the dock to escape the dangerous waves offshore.  They had lost their steering!

There was room for them at the dock in front of our boat, but the winds were blowing 30+ knots and did I say "They Had Lost Their Steering"!!!!  They do undoubtedly have twin engines so that helps....the smaller boats with outboards teamed up and pushed the big boat to the dock with precision!   I had cranked our engines and was at the helm ready to be released if necessary - but I would not have been happy!!! 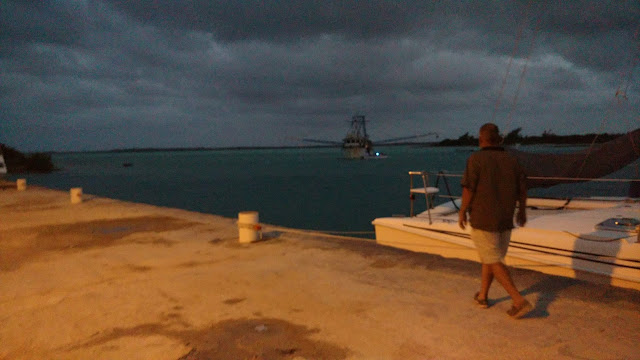 This is the bow of Sojourn as they were sliding "Sweet Dreams" into place. 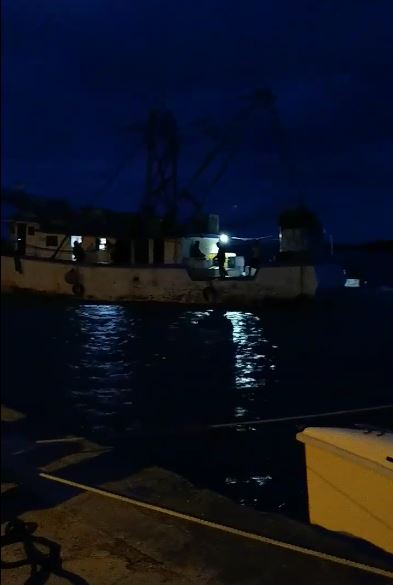 Our view this morning. 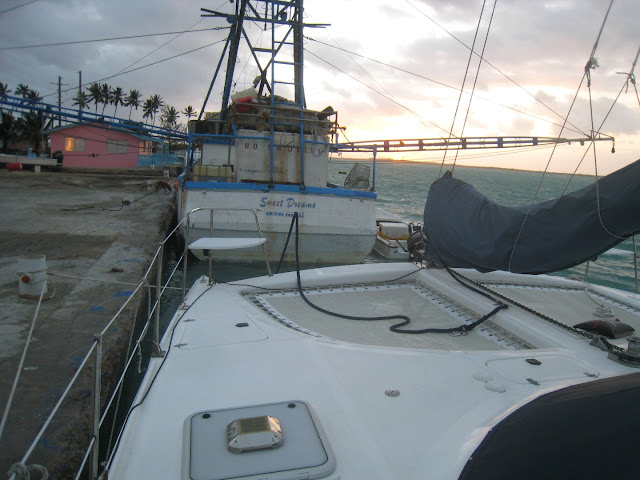 Here are the skiffs they used to push the motherboat.  Photo taken this morning, anchored just outside the channel. 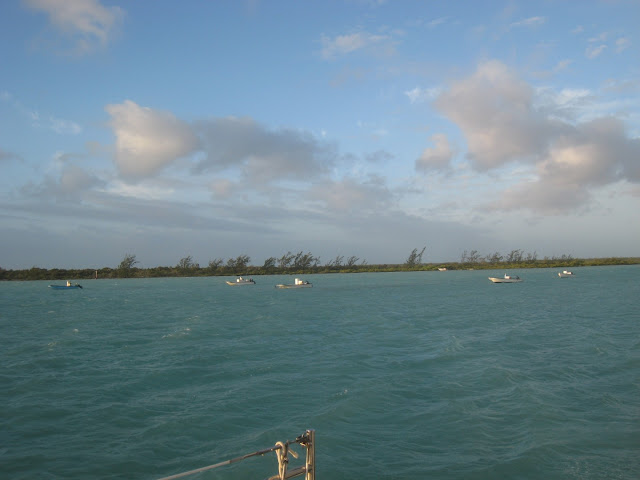 I spoke to some of the crew this morning.  They said that it was crazy bad conditions offshore - they were sliding around on deck and that they were just happy that no one got hurt.

They'll be on the dock today for the remainder of the strong winds and will depart tomorrow.

They're a lobster boat....maybe I can buy some!! 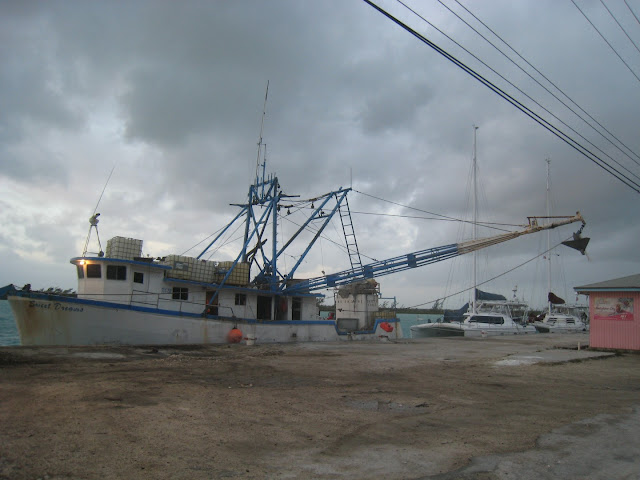