Since the wind is favorable, we'll leave Andros this evening for a 24 hour sail to Flamingo Cay in the Jumentos Cays.

We will not have internet coverage for 1-2 weeks in this mostly uninhabited island chain.  You'll still see the daily jokes for a while because I've got those scheduled to appear.

We will get service again when we get south to Duncan Town at the end of the Ragged Islands.

Didn't accomplish much today....we're going to sneak in one more snorkel before we depart, but I doubt I'll have time to update you on that.

The fishing boat left as soon as the winds died down.  Apparently, their steering isn't working very well still since they were pulled away from the dock by one of the skiffs. 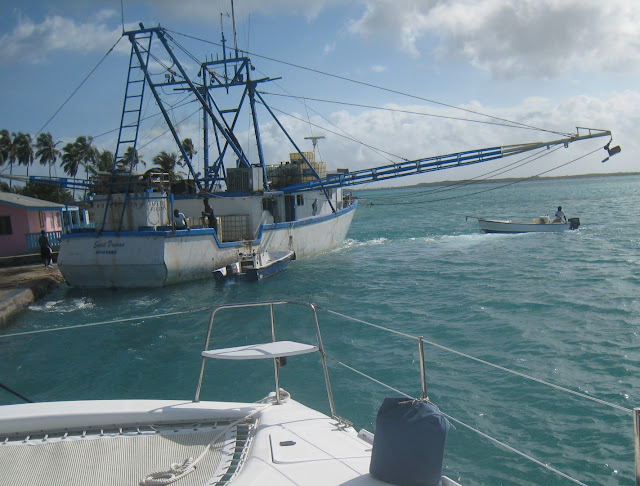 A school bus dropped a bunch of students on the dock - they all got in the ferry and went across to Driggs Hill for the day, returning in the afternoon.  Quite a way to travel from one school to the next! 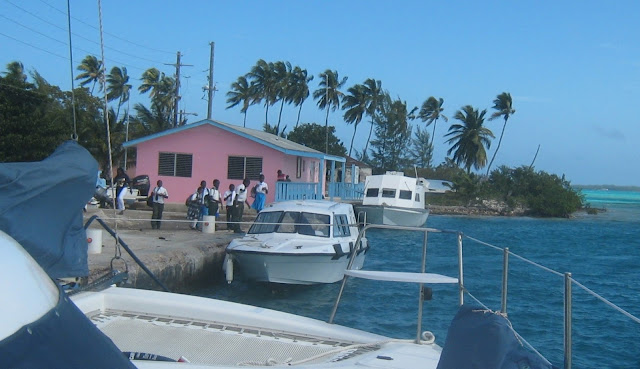 And the always friendly dock-dogs. 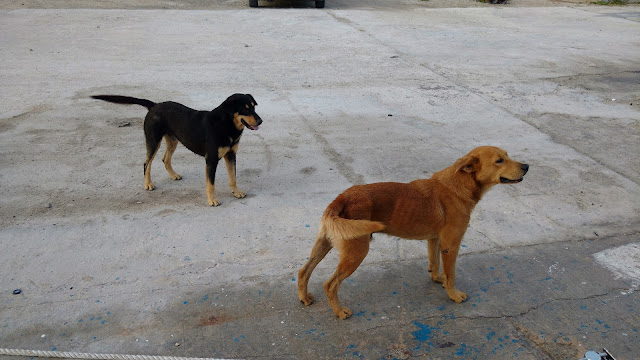 We'll talk to you in a few weeks! 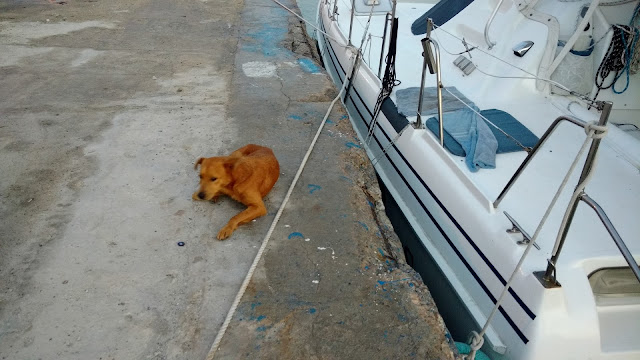