Based on the weather forecast, we had to scoot again because the weather is going to turn very windy again.  Apparently that is going to be the way it is for this trip!!

So, we pulled anchor at 12 midnight and headed out from Chub Cay towards the Exumas.  The trip was 15 hours.

We passed on the west side of New Providence (Nassau) - and we did a bit of sailing finally!   But the winds soon were on our nose, so we had the motors on for the last 8 hours to make sure we got to the anchorage before dark. 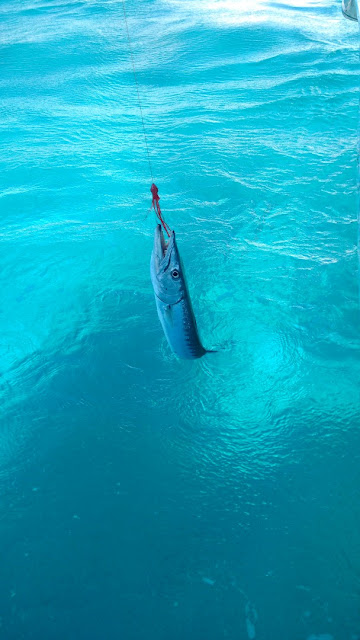 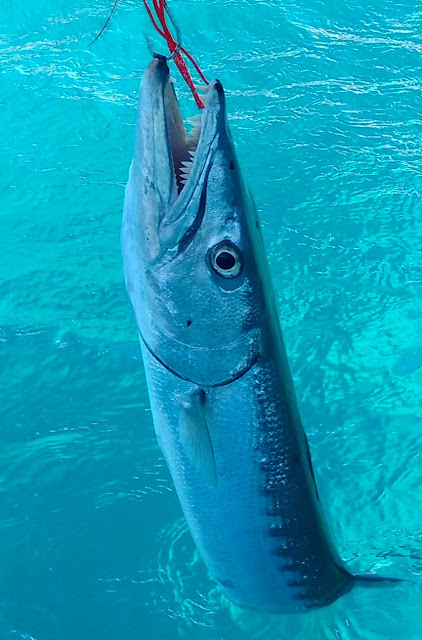 Arrived at Highborne Cay in the late afternoon....it was a bumpy ride again.  So, we're going to rest and hopefully do some snorkeling tomorrow! 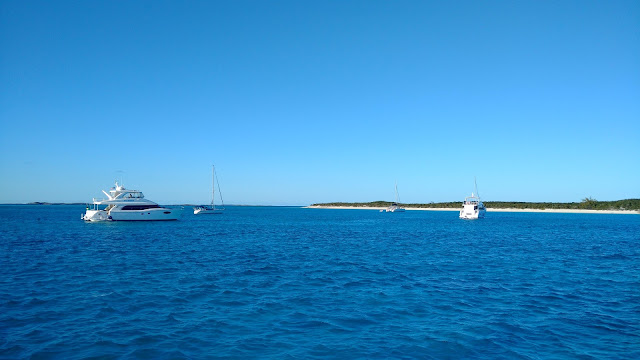 Another pretty sunset from the back of the boat! 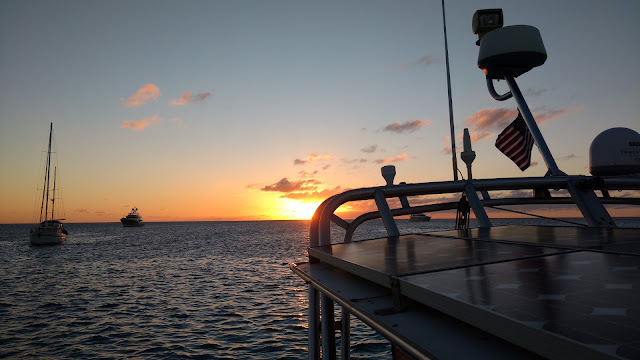