The girls all wore their "Island Girl" shirts today!  Aren't we cute? 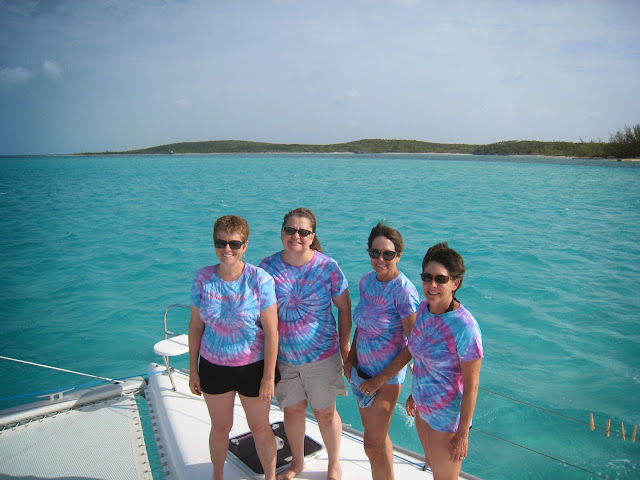 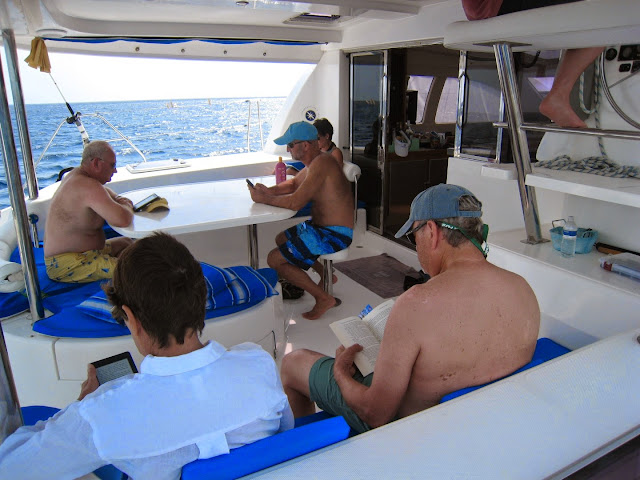 The winds were still strong out of the west.....but we persevered  and made it to Musha Cay.  This is a small, privately owned island.  It's clear that there are some very private, upscale residences here.  Non-guests are NOT welcome on shore.  Oh well.....we anchored nearby in about 6' of water.  This is pretty shallow - but the chartbook said it was well protected from west winds by a sandbar nearby. 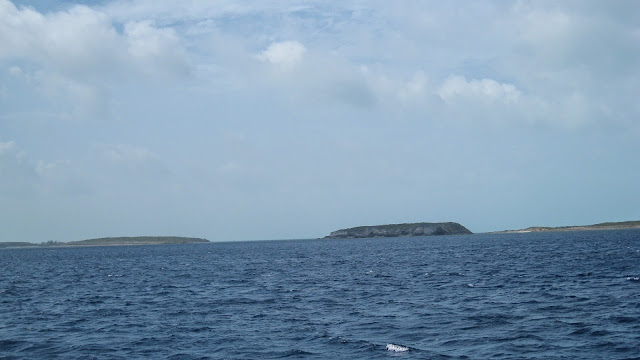 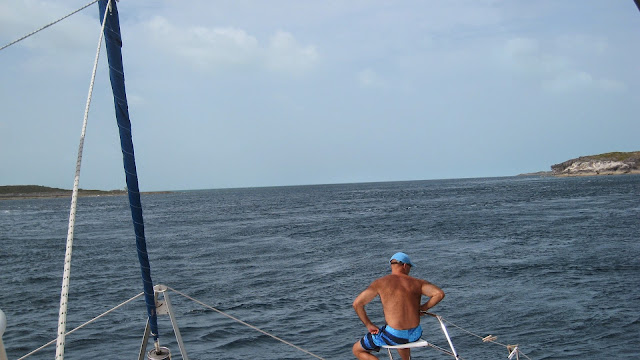 Duane stayed with the boat because he was not comfortable that the anchor was holding.....the rest of the crew hopped in the dinghy to go out to a sandbar that was reportedly "dry" at low tide to look for sand-dollars. 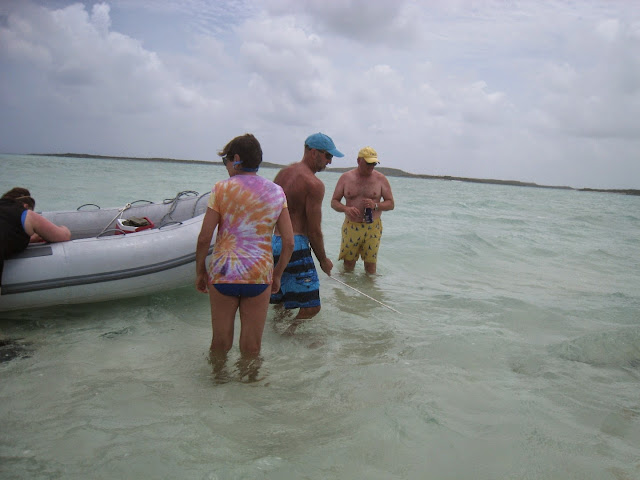 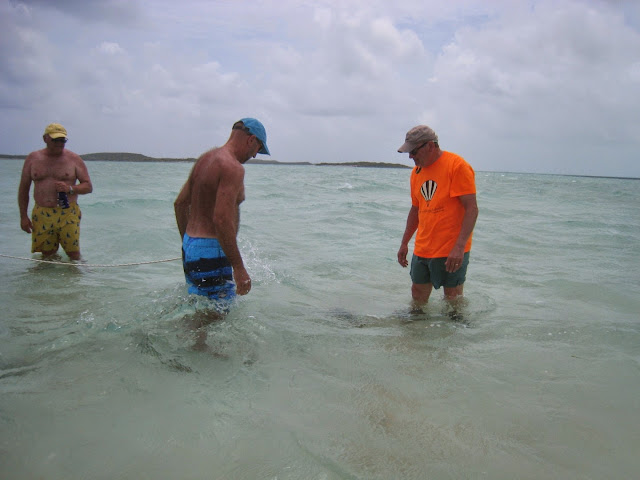 Found several nice ones!  They are extremely fragile.....and we were careful to only take the ones that are not alive! 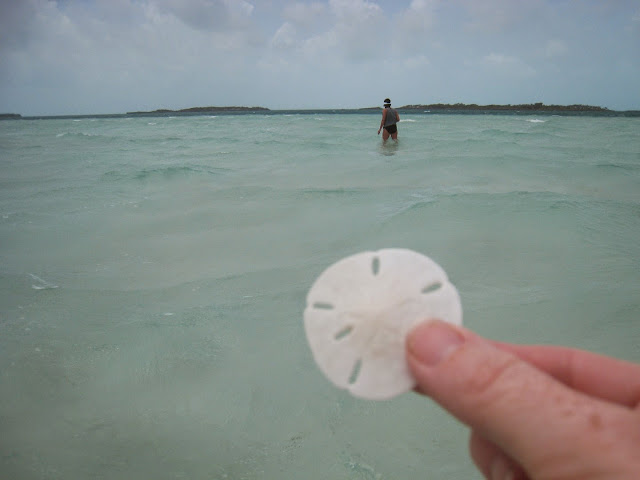 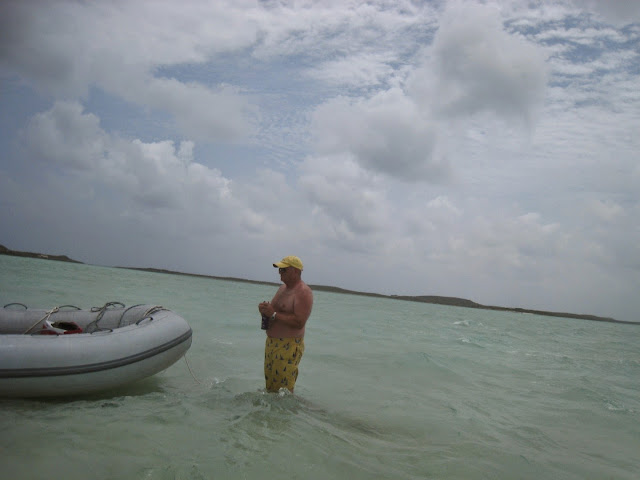 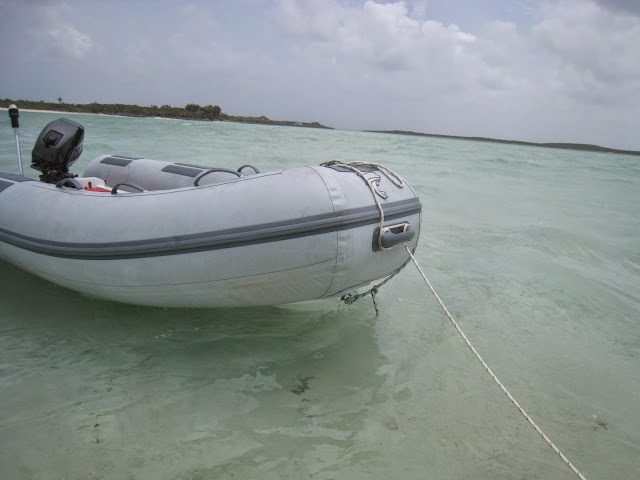 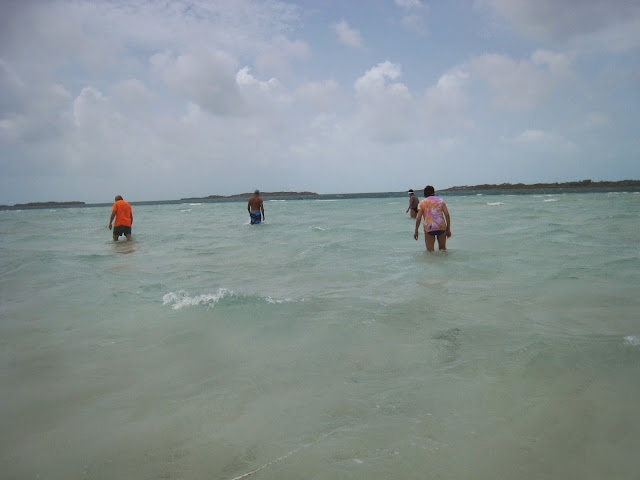 Sand dollar hunting done, we tried to find a airplane wreck nearby.....tried to find it for 15-20 minutes.  Never saw it so we retreated back to the boat. 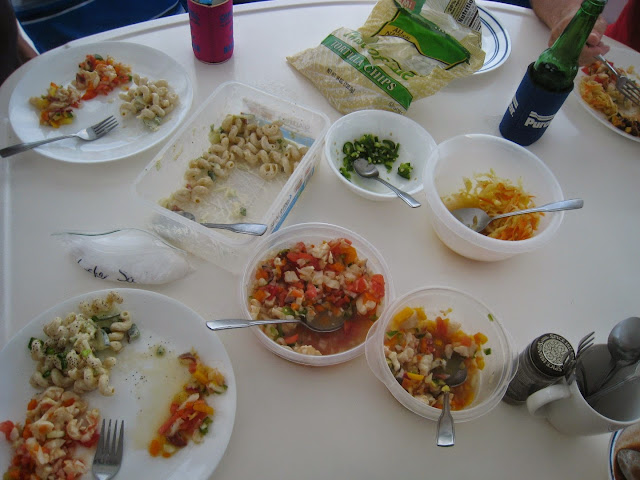 After a little discussion, it was clear that the anchor was not holding.  So, we made the decision to head, once again back to the protection of Little Farmer's Cay.

Just a pretty shot of the local Sands beer.....icy cold from the refrigerator. 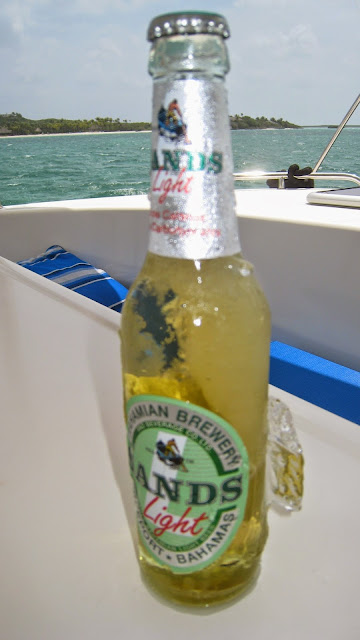 Sharon prepared a couple of chickens on the grill while we were underway....we made Fettuccine Alfredo - a good, basic meal. 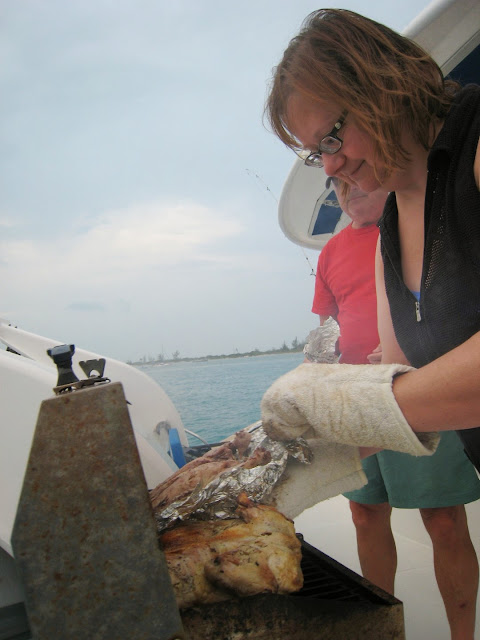 And once the call to play scrabble was sent out, the boys all disappeared to their respective cabins! 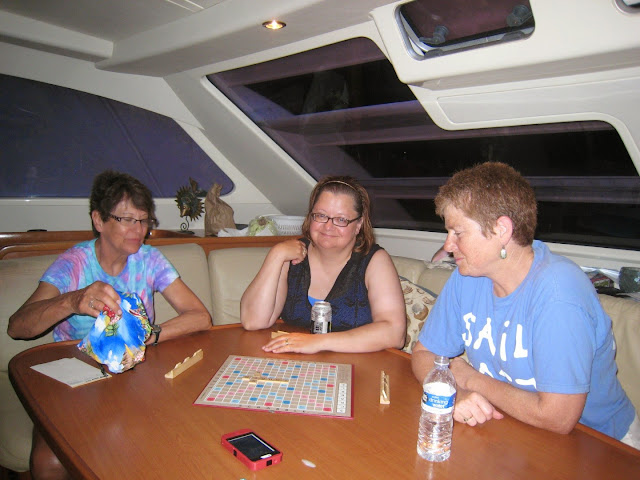 Fun game but, as usual, we were tired and everyone slept well! 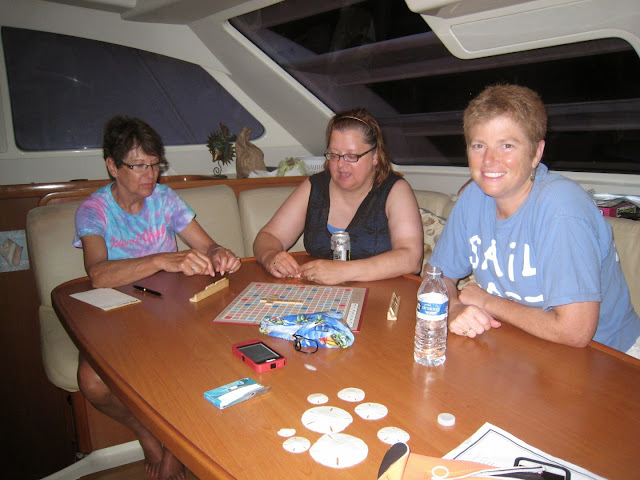