Took off around 7AM from home, arrived Ft. Pierce, Florida around 11AM.

Had a quick lunch with Dick and Lindy at the Tiki Hut.  Nothing special, but a good break before crossing the gulf stream! 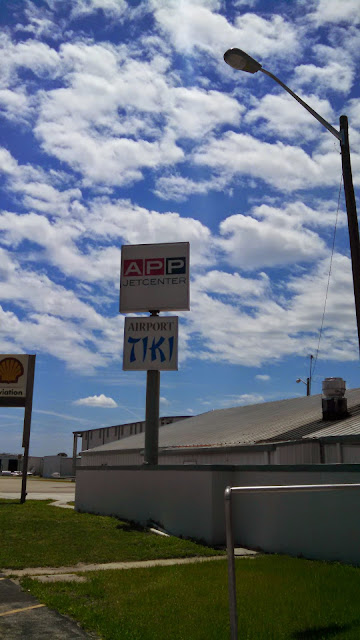 After a little flight planning and call to ATC, we were on our way.  Life jackets on..... Leaving Ft. Pierce..... 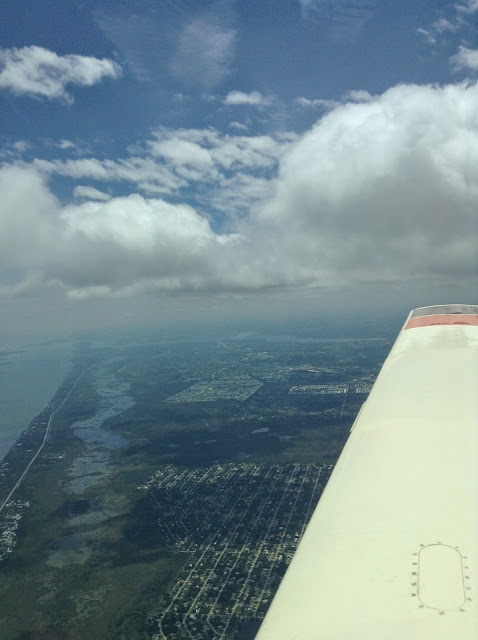 And on to the beautiful waters of the Bahamas!

I'm always amazed at the beautiful colors - these photos are "un-retouched"....just exactly like my camera took them! 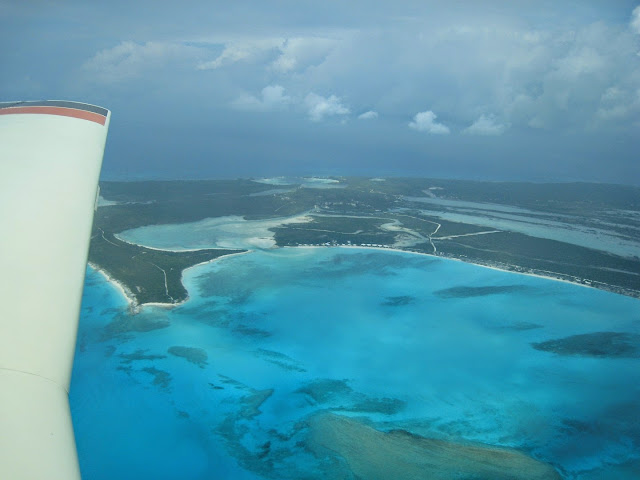 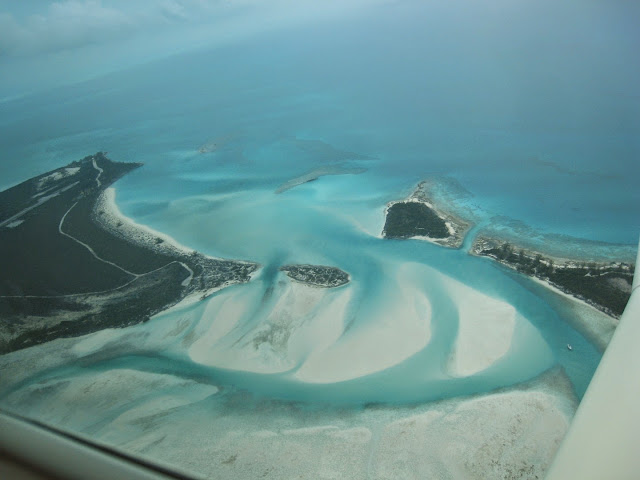 We landed at Stella Maris, Long Island to clear customs into the Bahamas.  (There is no customs station at Crooked Island,  about a half hour south). 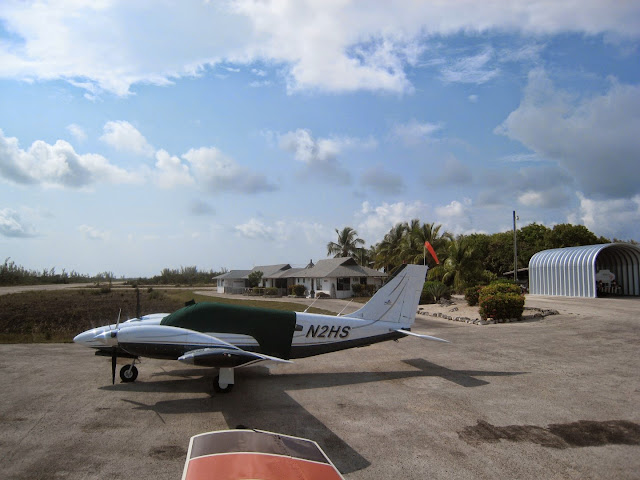 After a quick refuel and easy customs encounter, we were off for our destination for 2 days - Tranquility on the Bay Resort on Crooked Island.

We had a strange thing happen - the Garmin 530 map in the plane and our Ipad program (WX Pro) both had the airport pinpointed in the wrong place!  This was the first time we've ever seen that happen!  The location shown was about 3 miles from the actual airport!  So, we did a bit of circling and finally found the little, unmarked airstrip.

Here's a photo of the strip - called Colonel Hill - on final approach. Looked just like a road with no markings.  No worries - the surface was smooth enough. 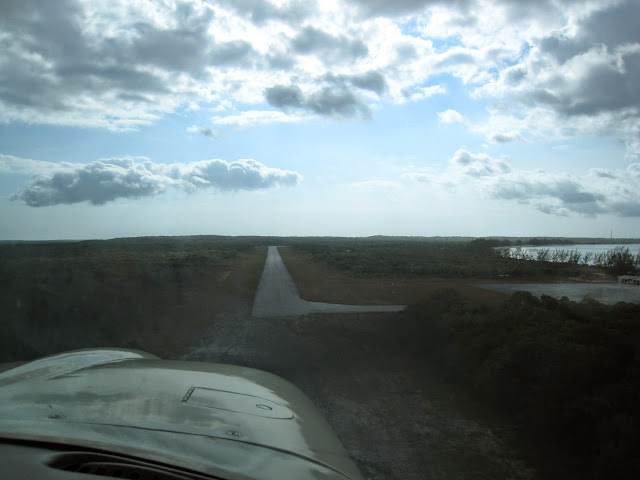 Here's a bit of a video I shot on the approach.....it's cloudy and a little late in the day....you can just make out the little landing strip in front of the plane!

We had "circled low over the resort" to alert the owners to our arrival (since our phones don't work in the Bahamas!).  Within a couple of minutes, Mrs. Ferguson arrived in her SUV to take us to the resort.  Just a few more minutes and we were relaxing.....just what we wanted! 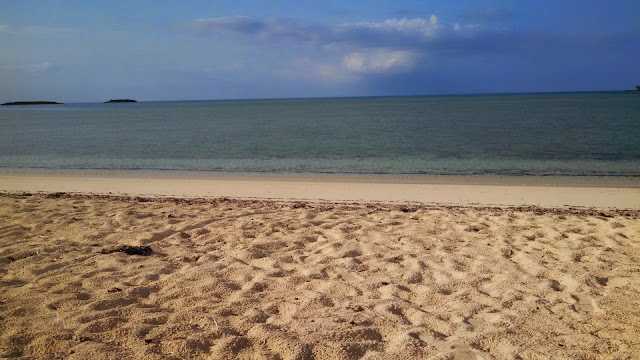 A little walk on the beach and then settled in for some serious relaxing! 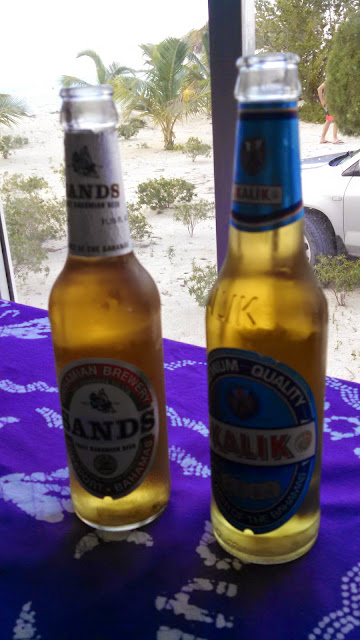 Mr. Ferguson asked us what we wanted for dinner - he offered fish and lobster.  Duane chose the fish, I the lobster!  Can't get any fresher than today's catch!  He went outside to the cleaning station - and a few minutes later was busy preparing our dinner.  Duane's meal was the entire fish!  He said it was very good. 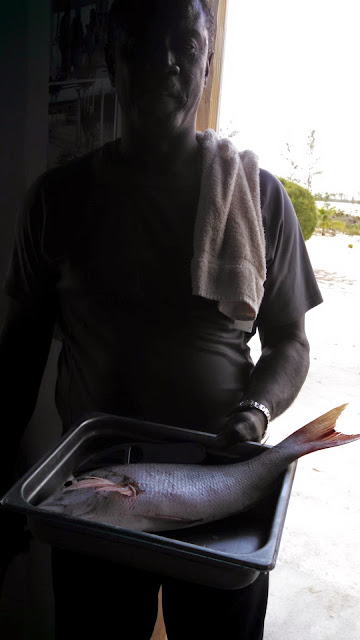 He served a fabulous conch ceviche - basically raw conch marinated in lime juice to "cook" it. 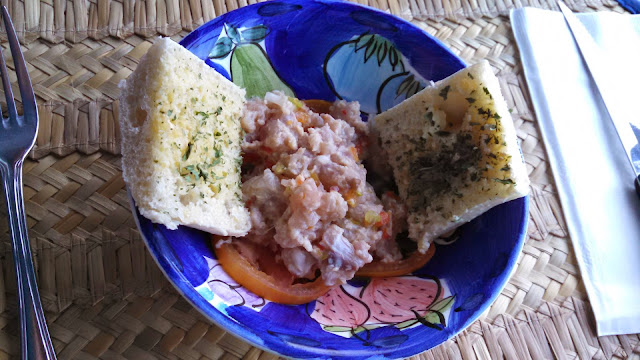 My simple and wonderful meal. 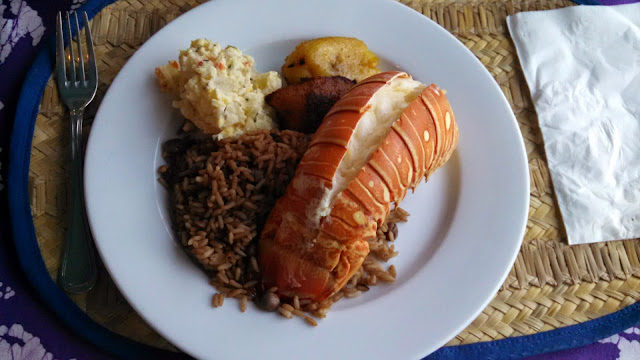 And that was about it for a long and fun day!!!