Leaving Engelhard.....nice folks but the dock was a bit un-tidy!  I hate to fuss, but no one wants green slime from the dock tracked on their white boat! 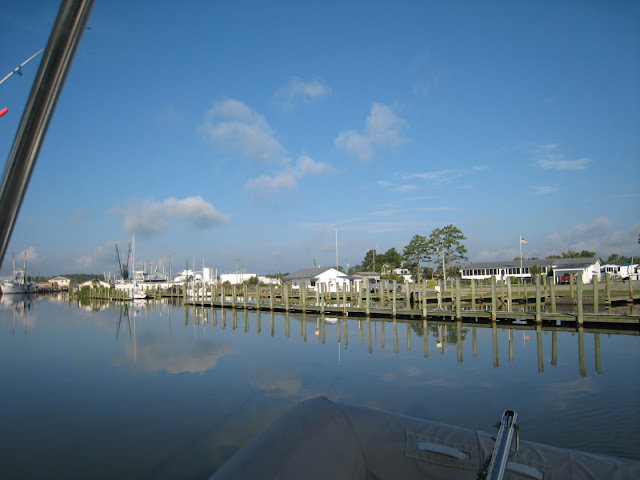 I called ahead to the Manteo dockmaster to make sure we could get there since the charts show really shallow water.  He reassured me that the charts are not correct.  Approaching Old House channel at the southern tip of the Roanoke Sound. 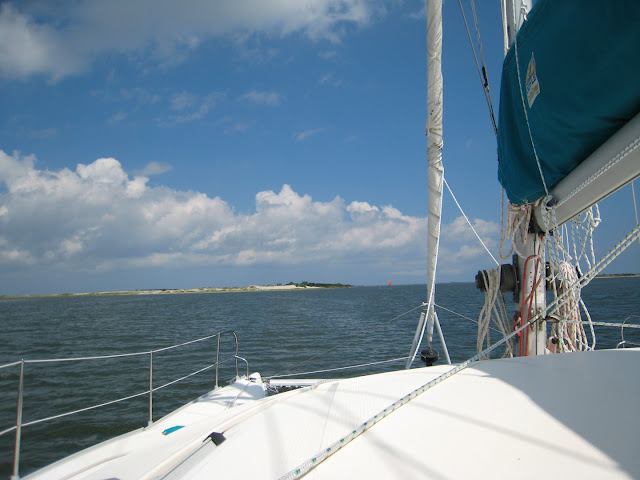 The Bonner Bridge....we didn't go out that way - just passed by in the distance. 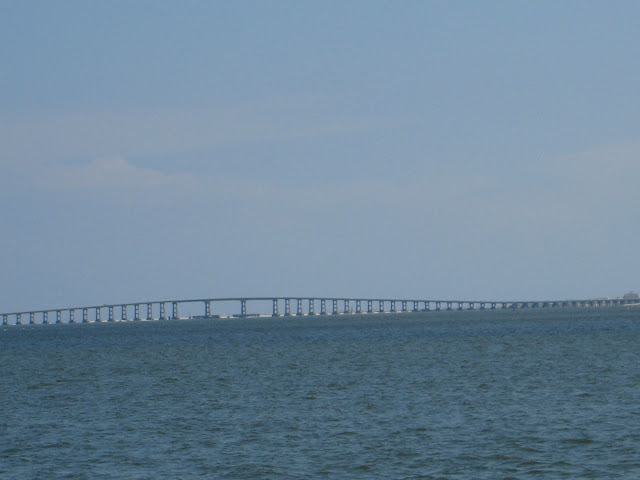 Bodie Island Lighthouse in the distance. 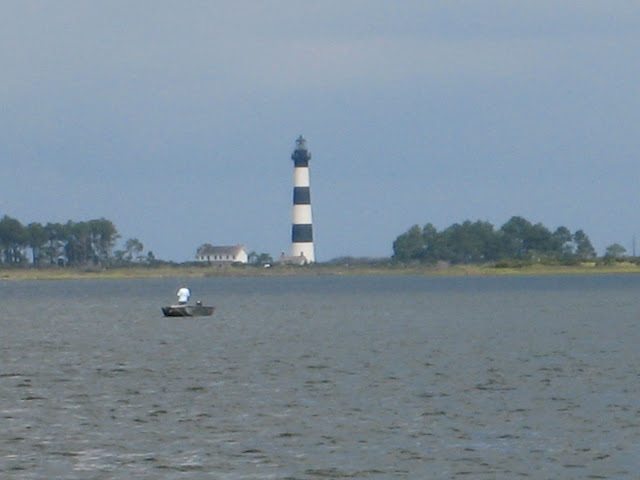 Approaching the bridge between Manteo and Kill Devil Hills.  This one we had to go under! 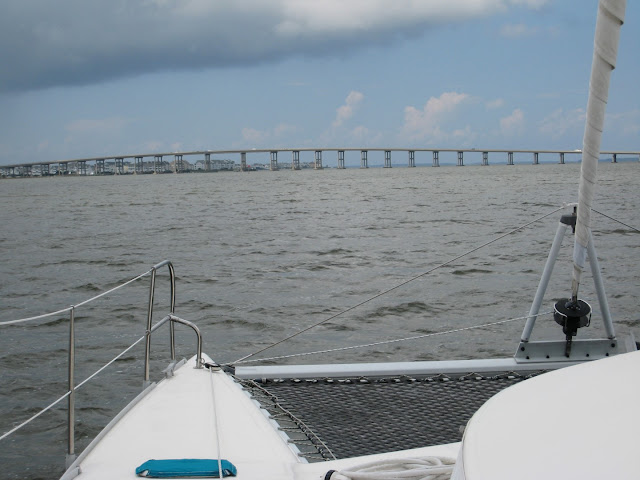 But this boat's mast is only 55 feet tall - so not a problem for this 65 foot bridge clearance.  Note the cloudy sky... 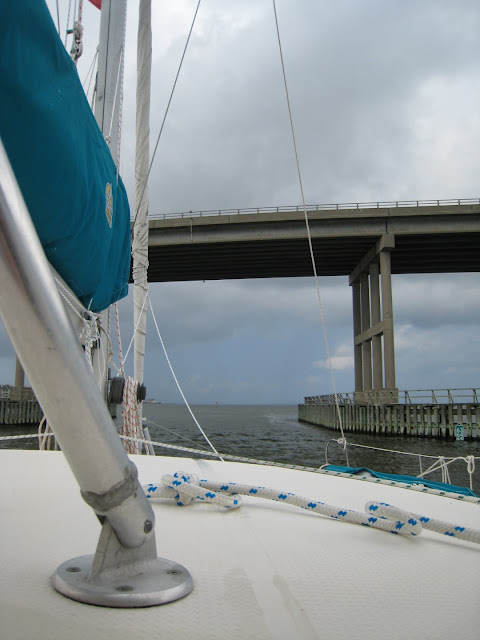 By the time we had negotiated the narrow channel into Manteo, a storm had blown in....we got tied up and almost immediately the sky opened up with a steady downpour. 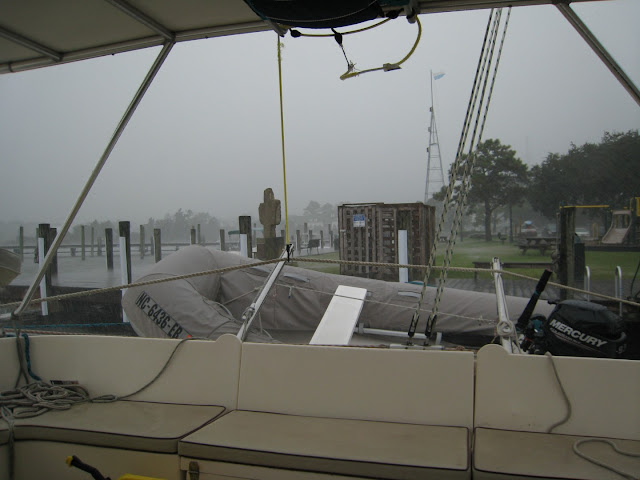 And here we are later at the Manteo Waterfront at the free dock! (No power but the price is right!) 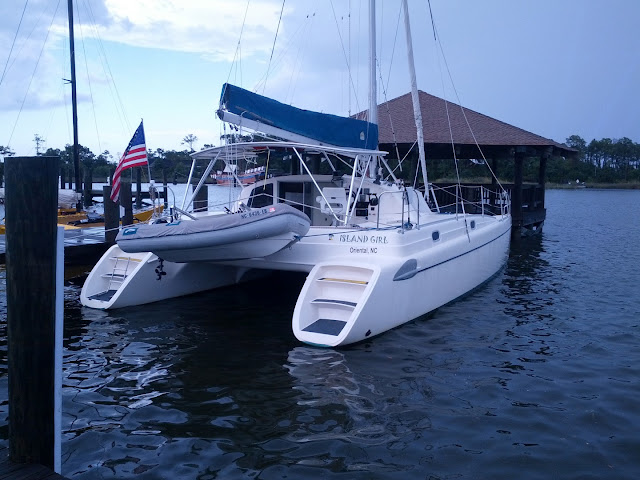