We (all the boat residents) went out for a group bike ride...and ran into the Pony Island crowd. Small island. 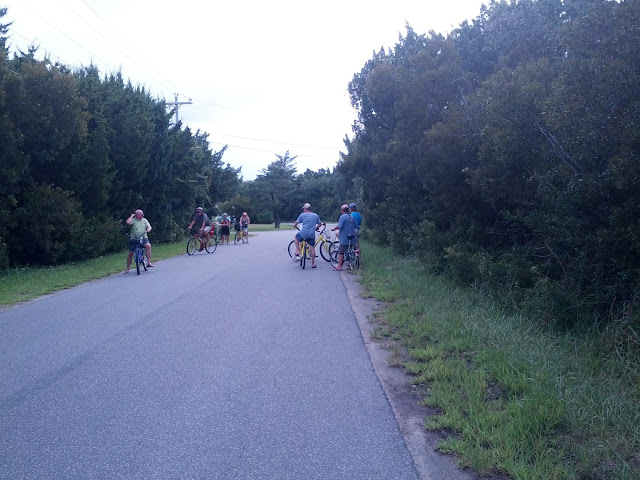 So, everyone eventually made it back to the marina.  Some fishing was accomplished off the boat.  A few small fish were caught and released. 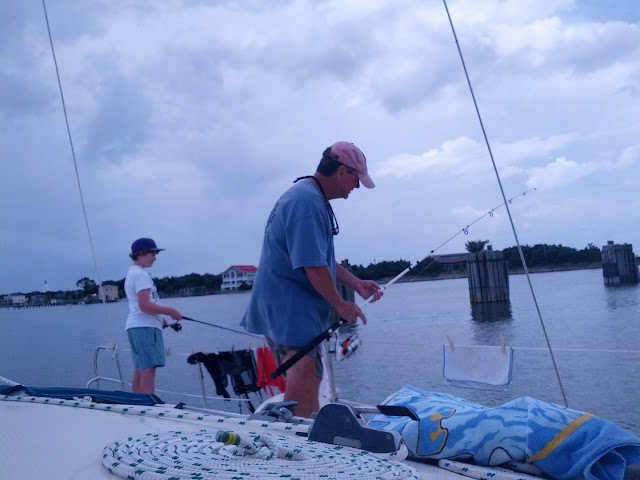 Our cockpit was "party central" for a while! 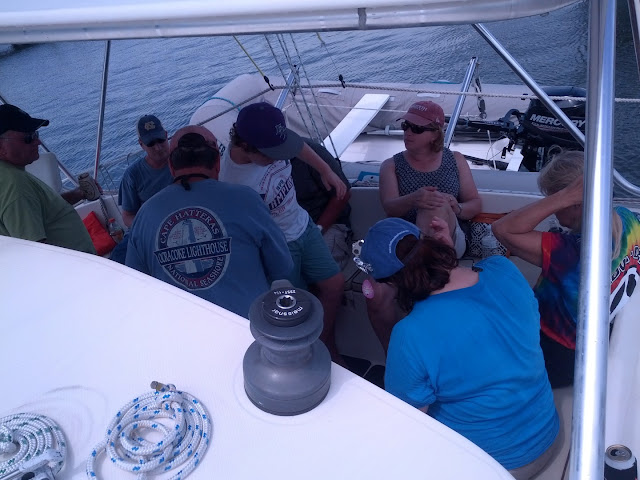 Luke caught a small Atlantic Pufferfish.  The fellow on the dock said they were excellent to eat.  He even told me how to clean it.  So - I have a small amount of this fish that I put in the freezer on the boat and will sample later.  I'll let you know if it's "excellent"! 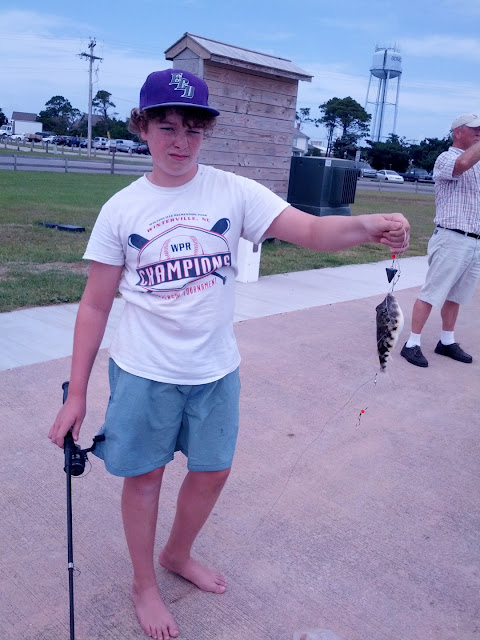 Strange happenings at the dock - a wedding party showed up for photos.  Pretty girls! 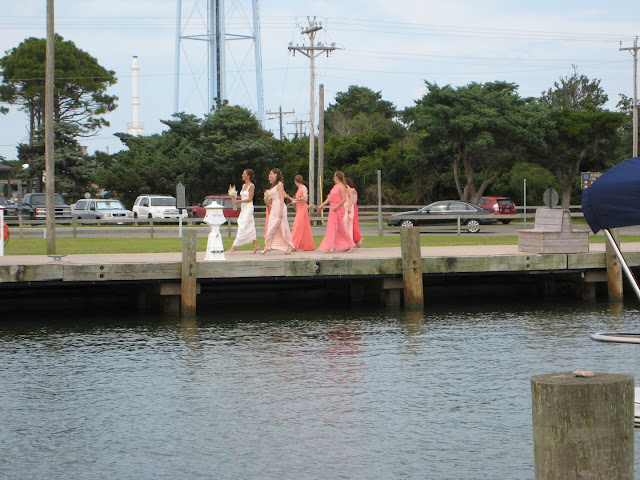 But this was probably the most strange thing I've seen in a while.  Two kids from the boat in front of us got on the dock and were cutting up with these animal heads. 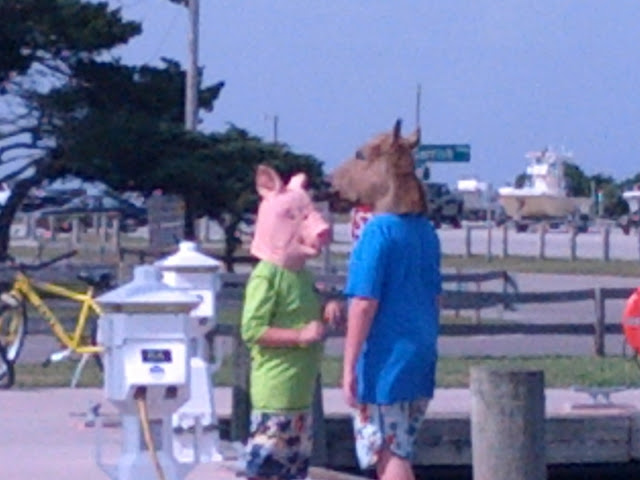 Whatever happens in Ocracoke, stays in Oracoke.  Thank goodness! 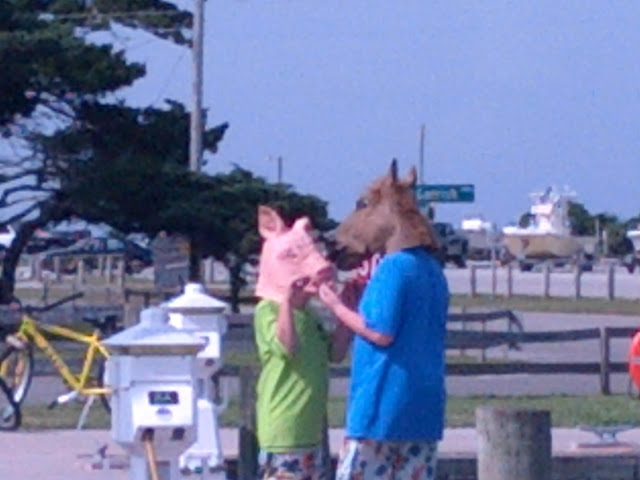