Time to head out!  The morning started out nice enough as we exited Silver Lake.... 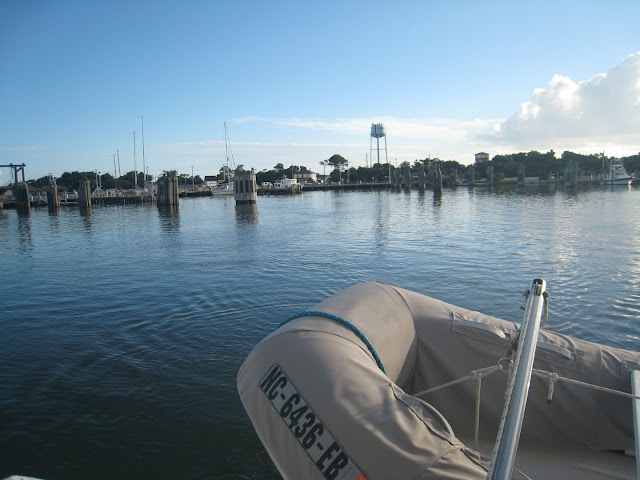 But the skies off shore were ominous! 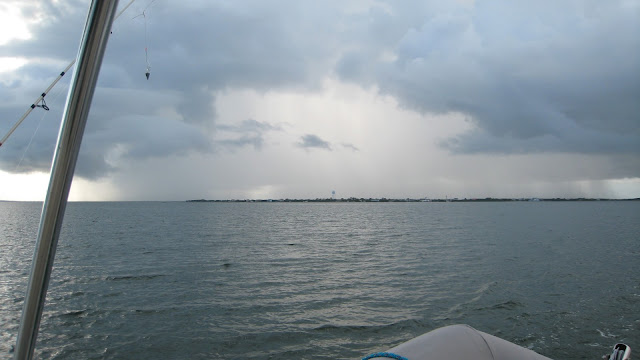 And appeared to be blowing the storm inland towards us!  Lightning popping all around.  But, the storm passed behind us, luckily!  I think the ferry probably weathered the storm. 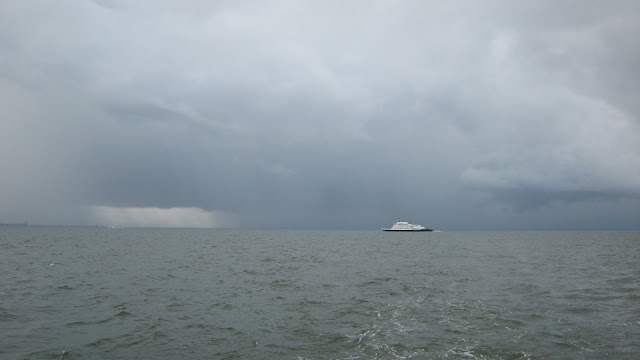 Destination was Engelhard and the Big Trout Marina.  We'd never been there - but had read up on the very narrow channel.  No problems - the charts and markers were spot-on.  We're tied up at the dock - a big trawler passing by in the marina.  The town is mainly fishing-industry oriented. 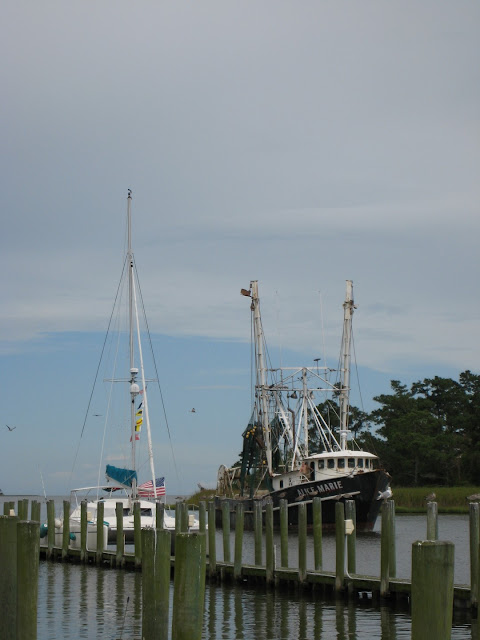 The owners of the marina were extremely friendly!  We had a great lunch at their little diner - a nice, homey feeling and good food! 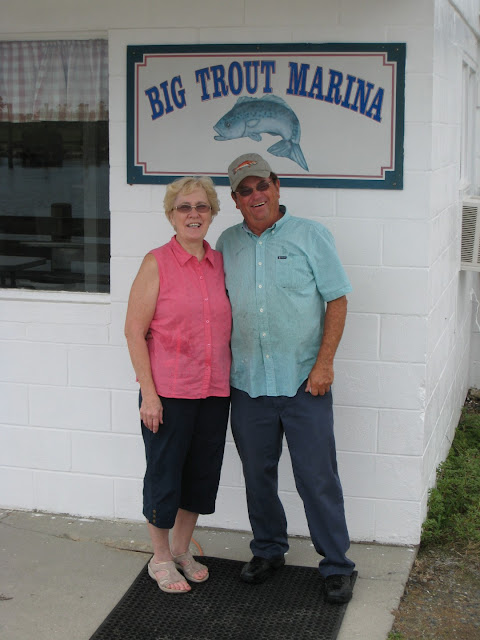 Island Girl on the dock. 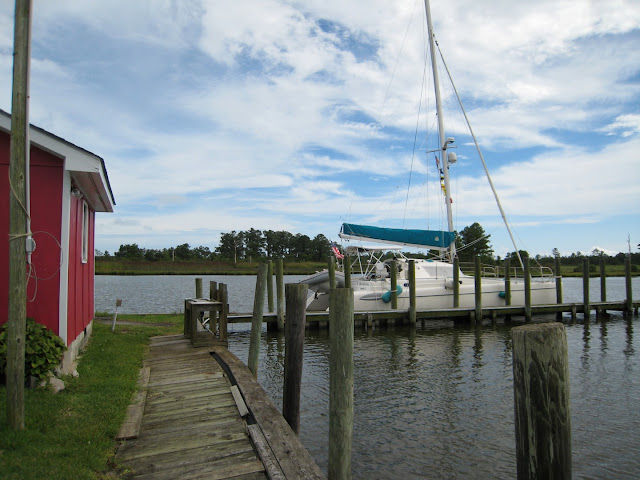 The marina owner gave me some shrimp to use to fish off the boat - I fished for several hours at night trying to catch a flounder.....no luck but fun! 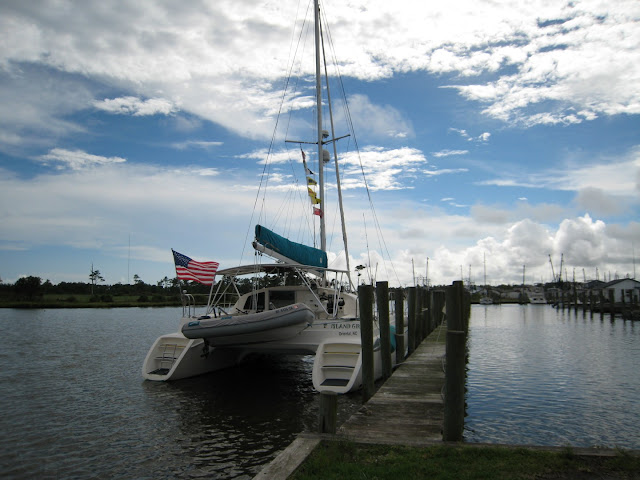