I know this is a broken record....

So, the boom truck broke down a couple of days ago - the starter solenoid went out.  Since it's an old truck, the local parts stores only carried an "improved starter assembly" that included the solenoid for about $250.....but Amazon sold the solenoid by itself for $21 delivered.....so we took a break from the tree trimming for a while and worked on the footings for the deck improvement.

So, we worked on the deck extension for the "door to nowhere".  I know it doesn't look like much, but it was a bear to get the footings and the bolts lined up with the existing deck.  (We're also going to run another joist under the existing deck because it seems too "bouncy").


Arrows point to the three footings.  We'll but 4 new 6x6 support posts in (one will be attached to the existing concrete pad. 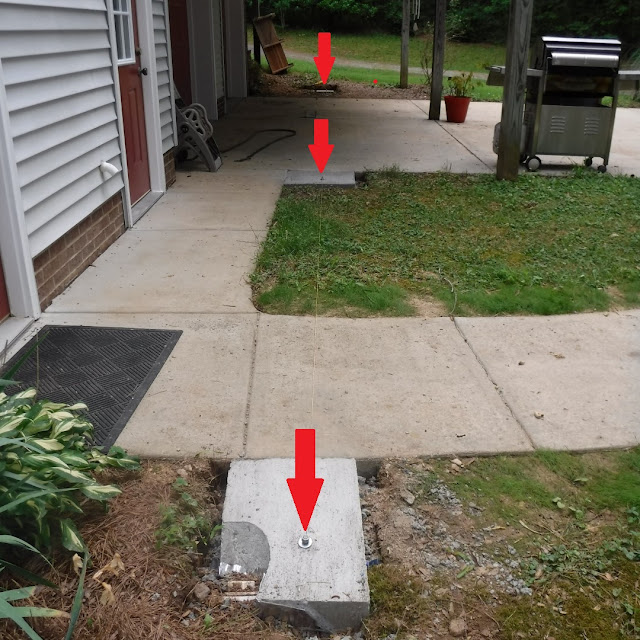 The footings are all 1 foot deep. 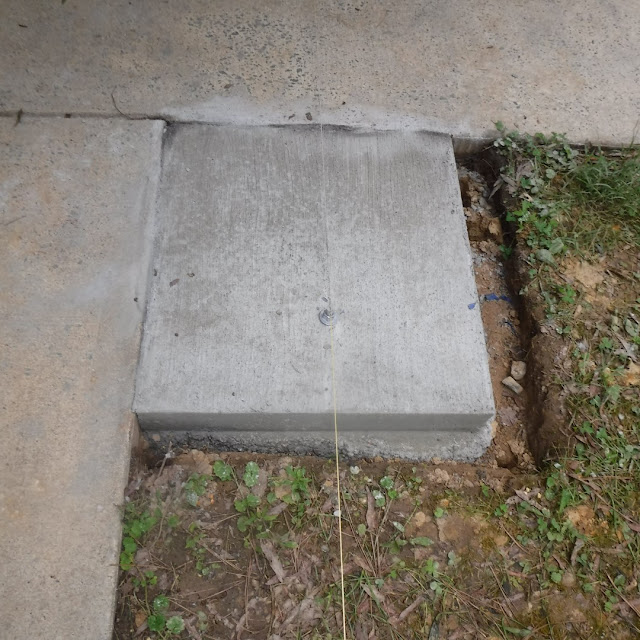 It took 13 large bags of concrete....always seems like alot! 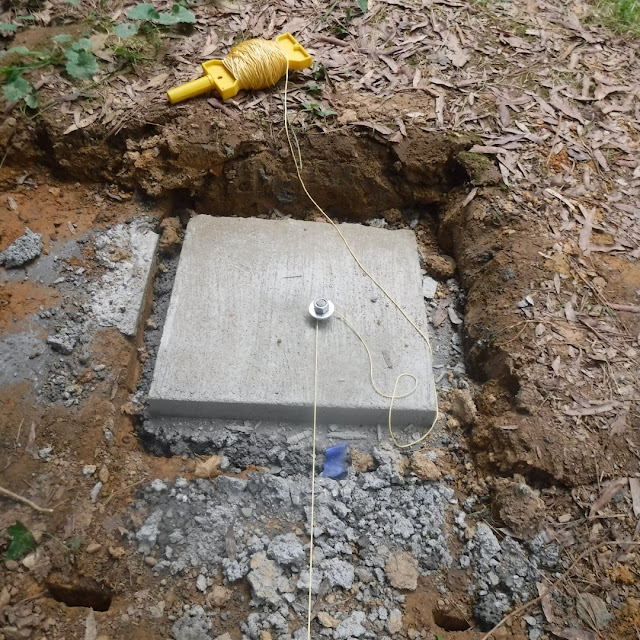 And late in the day, the solenoid for the boom truck was delivered.  Next "victim" tree was the large oak that limits my view from the deck.

The oak's new haircut brightens things up a good bit!  Back to sailing soon....