We arrived back at the house and I got busy prepping for the party across the runway at Pat & Diane's later in the day.

Thawed a bunch of fish and lobster from the Bahamas... 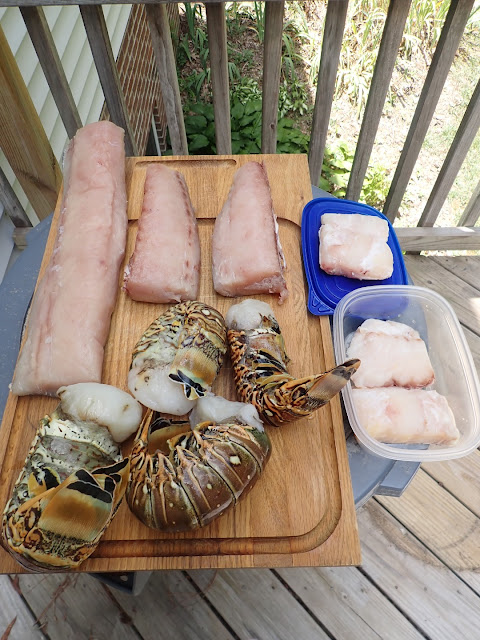 And made some sushi as well with the tuna we had caught.

Over to Pat and Diane's in the late afternoon.  They had set up a fountain in the pool that we had given them many, many years ago.  Pretty cool "water feature". 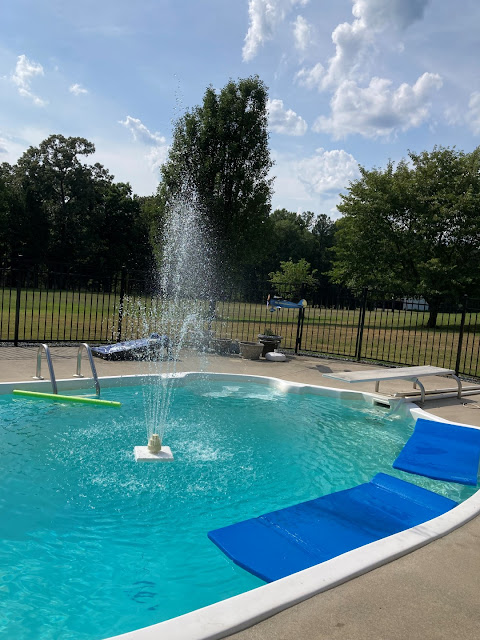 Fun catching up and chatting with the neighbors. 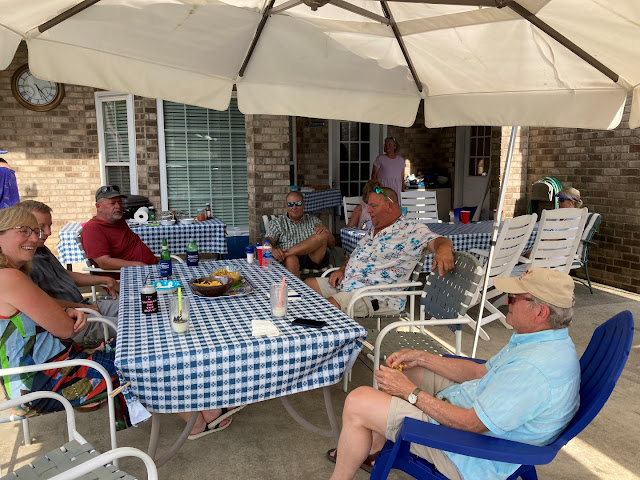 Then we got busy with some grilling.  First left-over clams that we'd brought from Ocracoke for an appetizer. 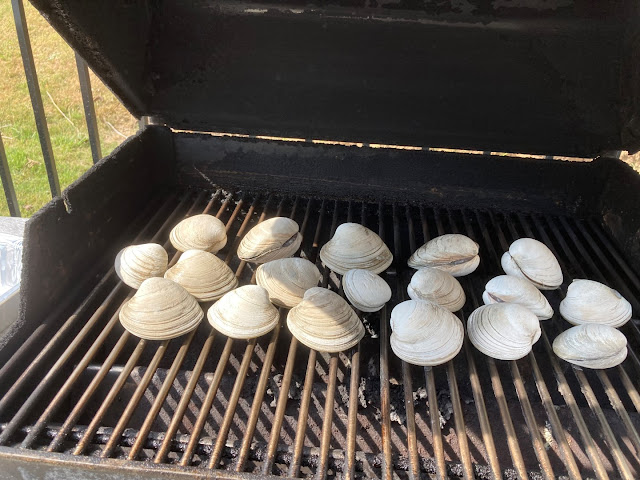 And I forgot to take a photo of the sushi until it was halfway gone.... 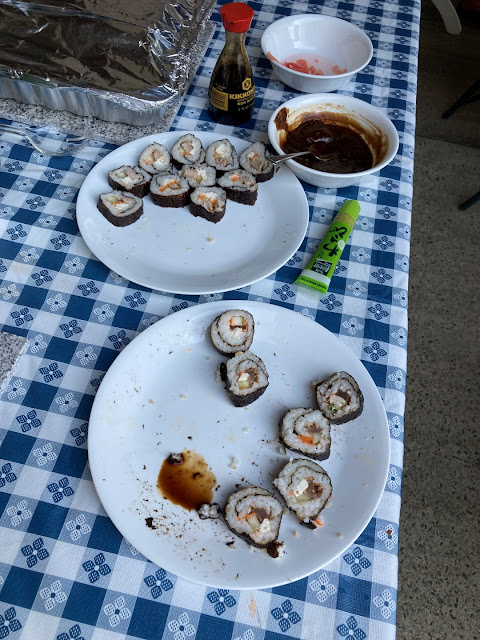 And then the fish went on the grill (as well as a beef roast for those that could eat it.) 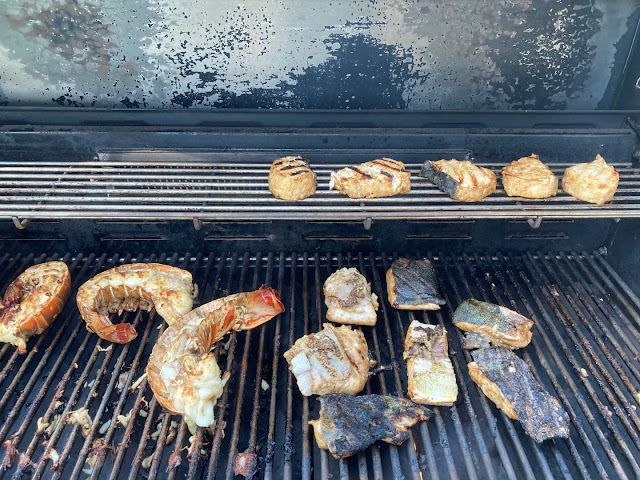 We did not go hungry!  Everyone had brought wonderful dishes to share but I apparently was having too much fun to take any more photos.  Fun time with great folks!

Karen
Let's see - I'm supposed to describe myself....married for WOW 40 years!, mom of two boys (now men), pilot, sailor (in training), happy (most of the time), traveler (when I can!), always have a book on the nitestand, always planning the next adventure (big and small!)