Reid and Laurie picked us up for another "go fast" trip today.

Since it was the last calm wind day, we went north past the dreaded Whale Cay passage and stopped at No Name Cay to see the island pigs.

When we were anchoring, we saw a boat with both NC and Wolfpack flags - went over and chatted with them a bit.  They are from Atlantic Beach but also own a house on Treasure Cay where they spend about 1/2 their time.  Nice folks. 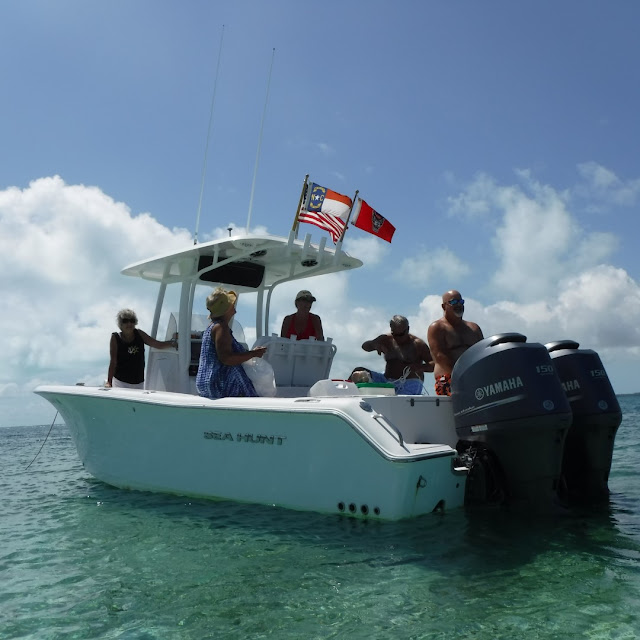 The Smilin' Conch in a few feet of water. 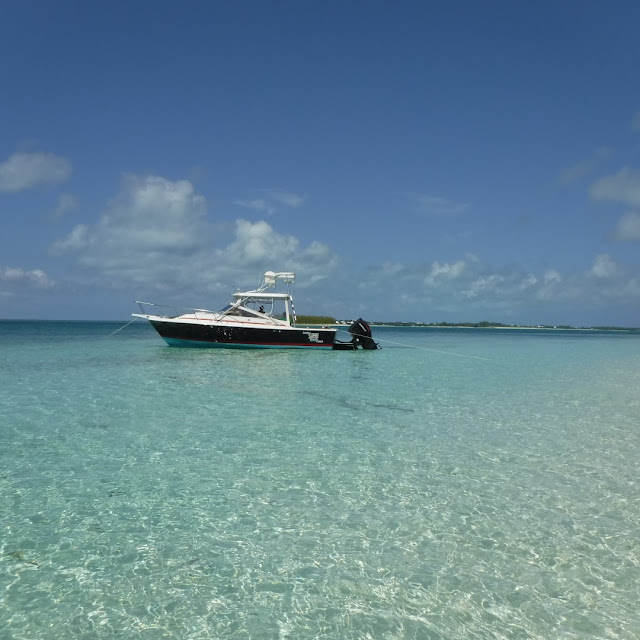 Quite the spectacle.....Sharon and Laurie took scraps from yesterday's salad to feed the pigs....but others were feeding them bread and treats so the pigs weren't really interested in greens! 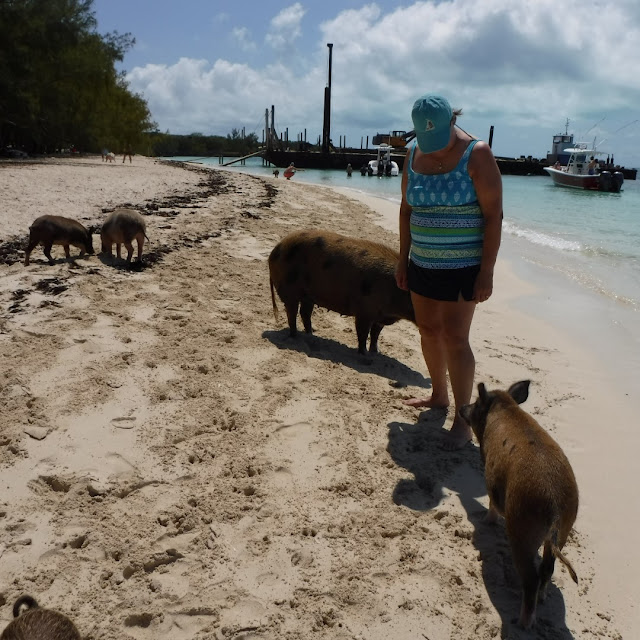 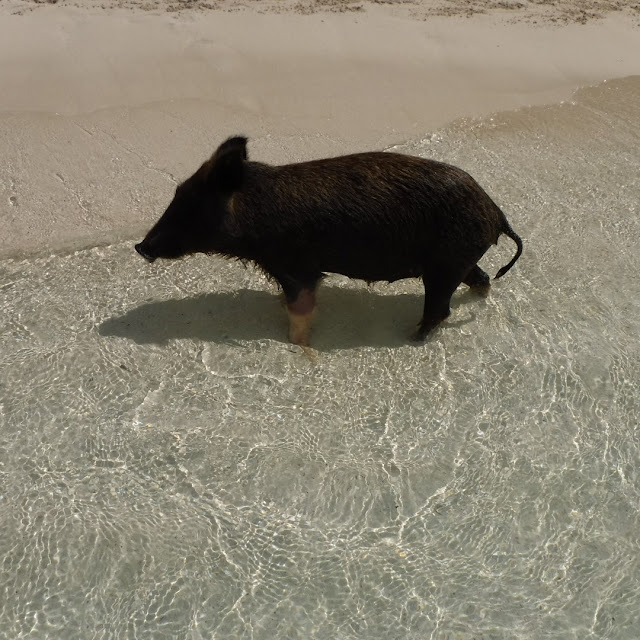 Probably the last time we'll see the pigs since they are building a pier and restaurant on the deserted island now. 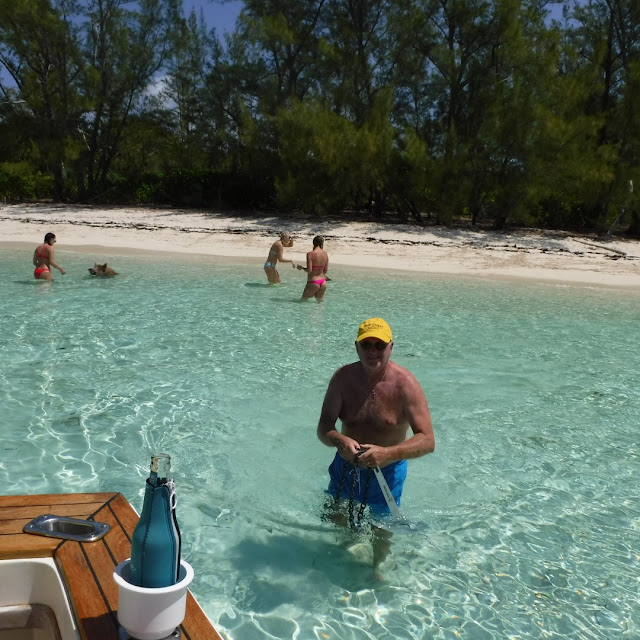 Next we went to Green Turtle Cay, had a nice meal at Pineapples Restaurant. 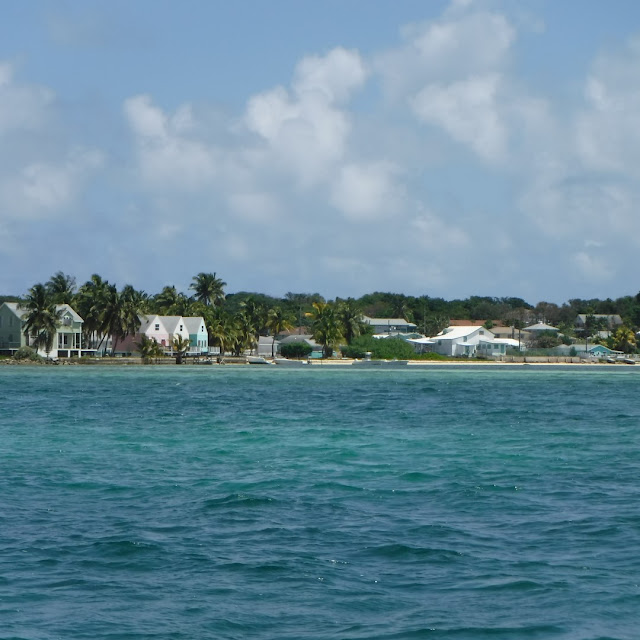 Back on the boat, headed to the north side of Manjack Cay. 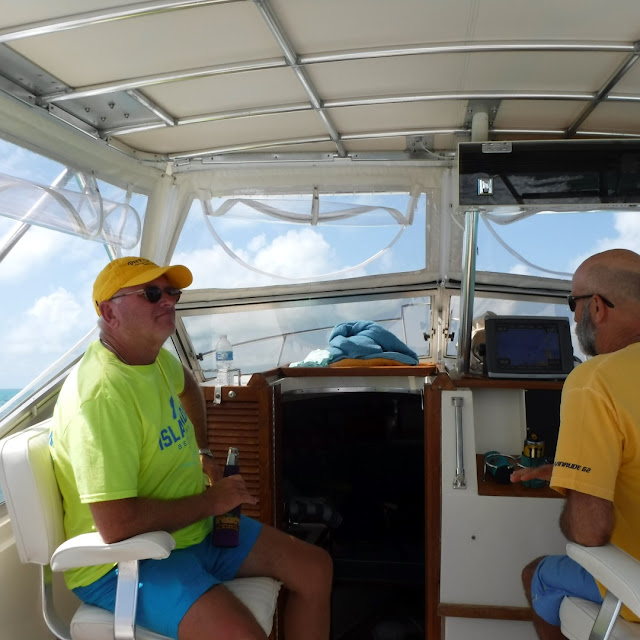 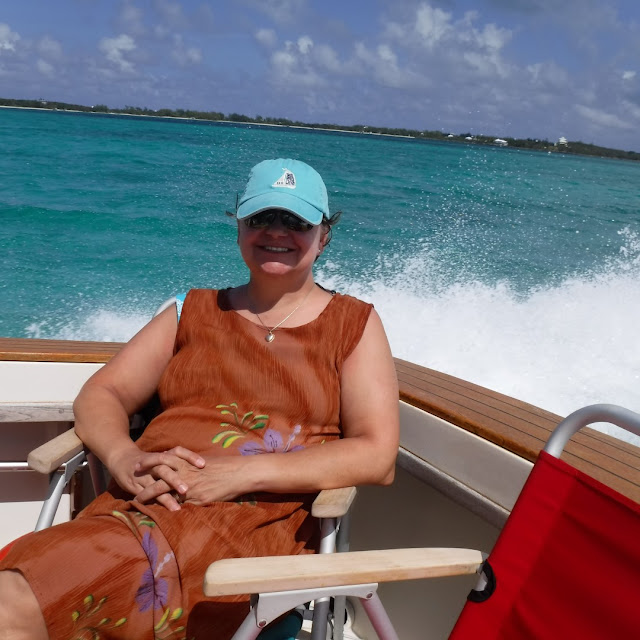 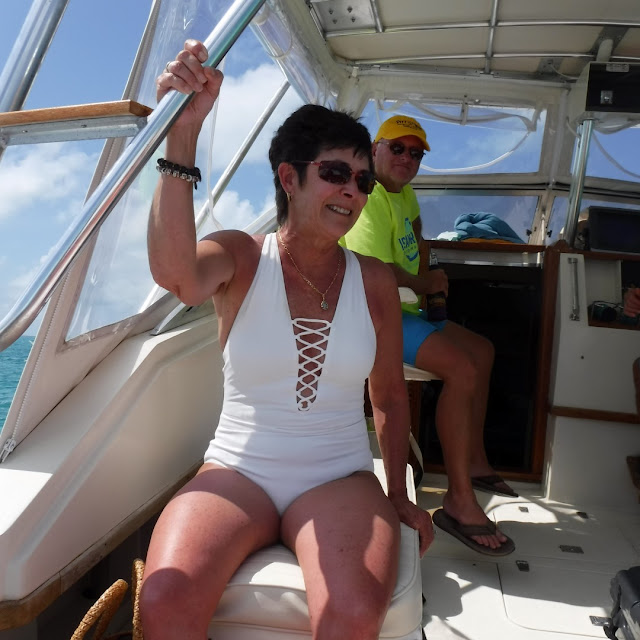 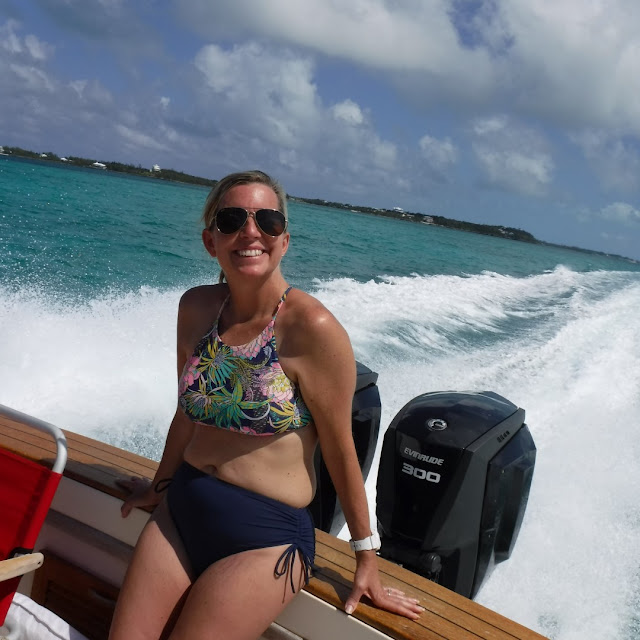 We need to put some more sunscreen on!! 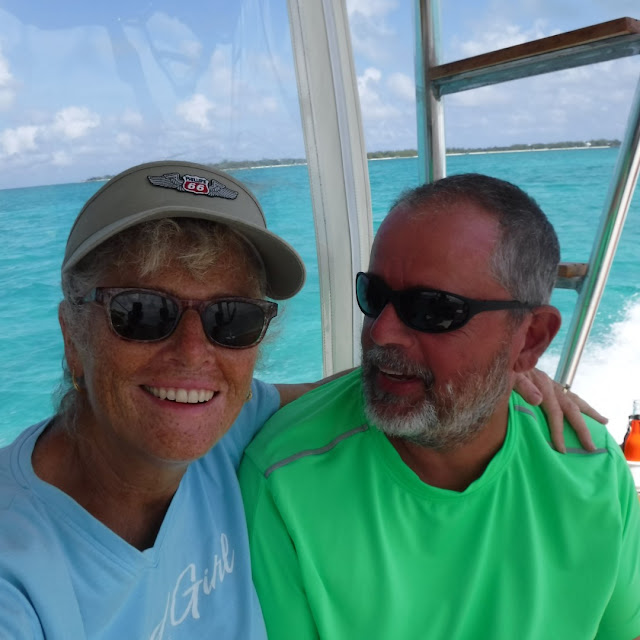 At the north side of Manjack, rays and lemon sharks congregate.  It's only a few feet deep - the rays swim right up to your feet looking for food. 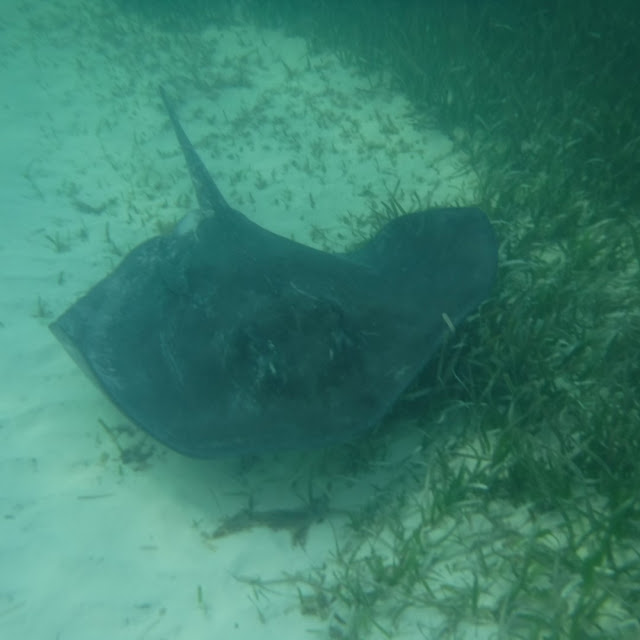 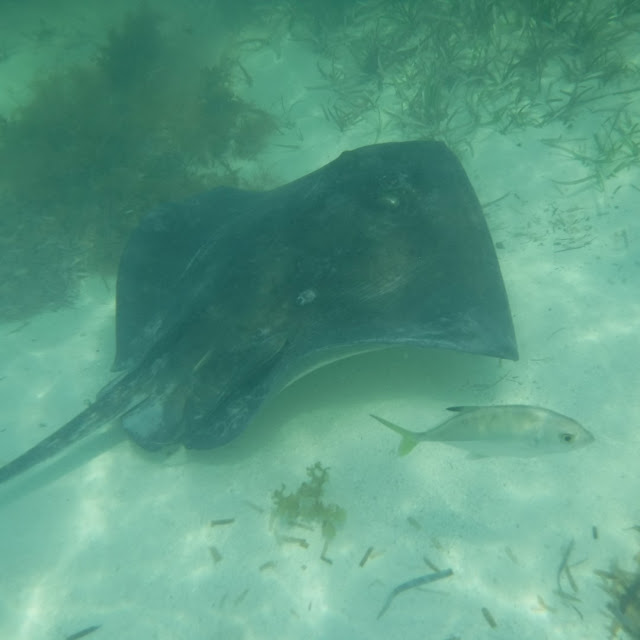 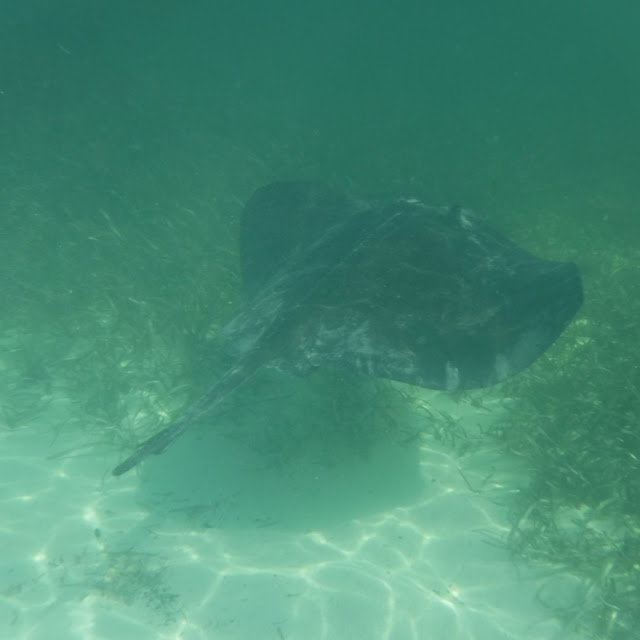 There are fairly large lemon sharks as well.  They swim pretty close to people but shy away at the last minute.  (I understand they are unlikely to bite humans.....) 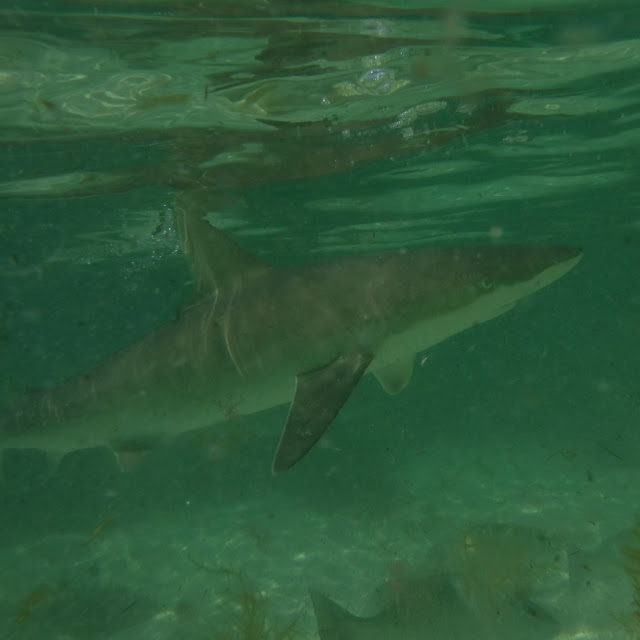 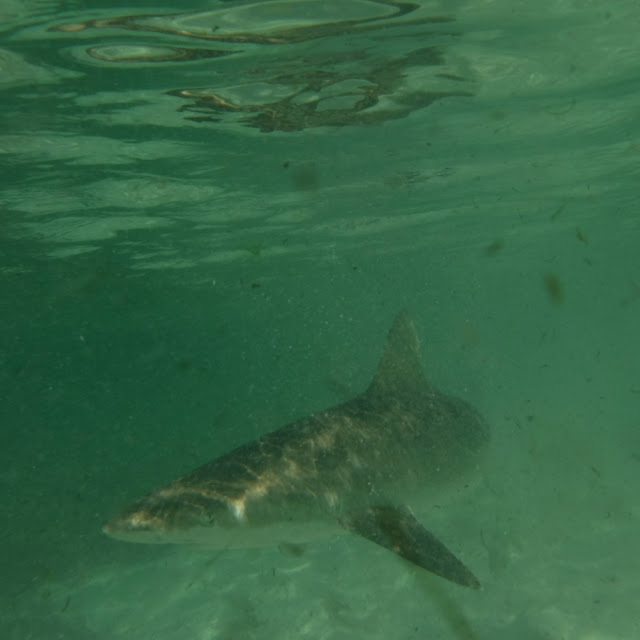 The rays will brush up against your legs - feels weird - they are "soft". 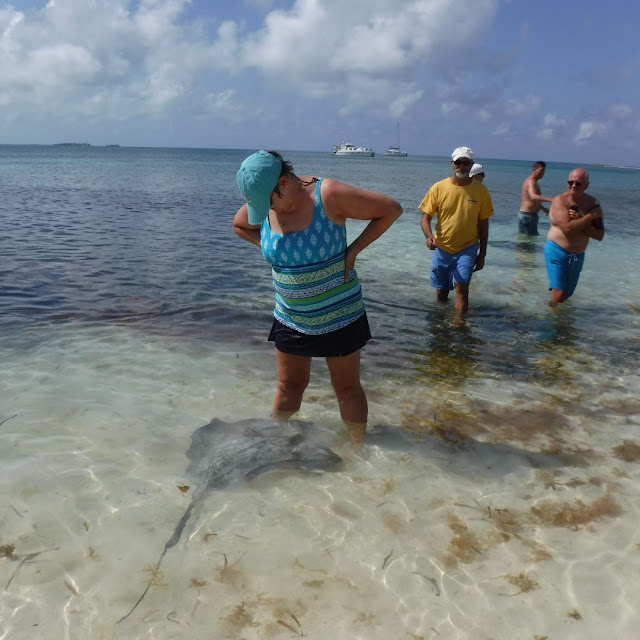 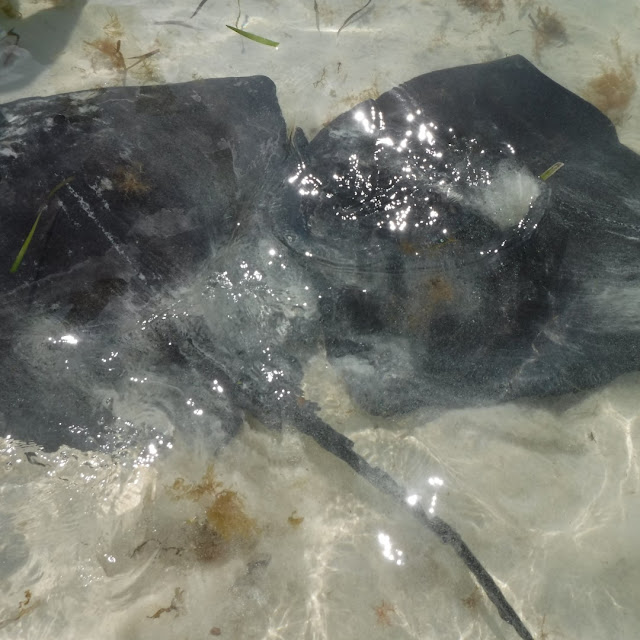 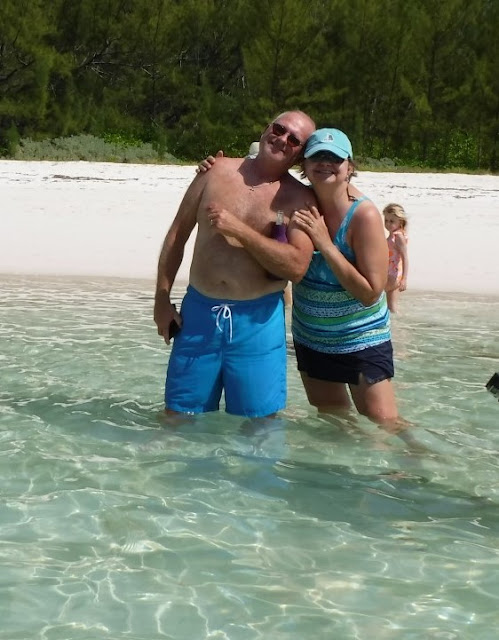 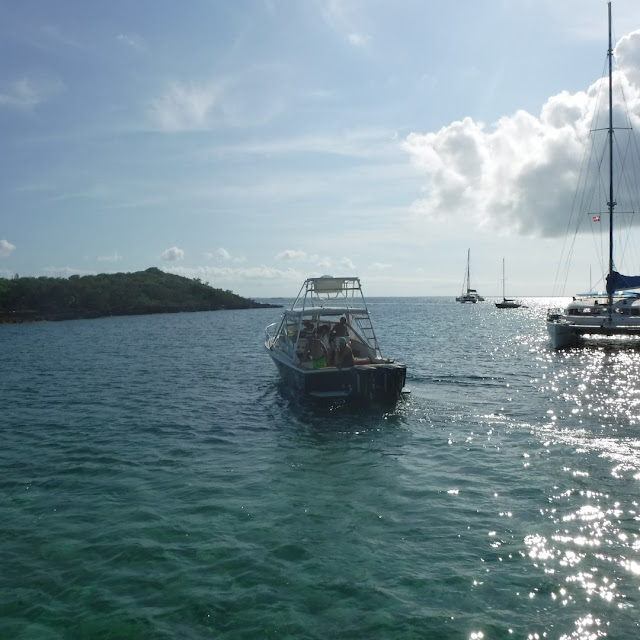