Making jerry can sun-covers from Sunbrella

We have a couple of "jerry cans" to carry extra diesel.  I read about why they're called "jerry cans"....apparently it refers to it's origins in war-time Germany.  And the nickname for Germans was "jerry".  I didn't know that! 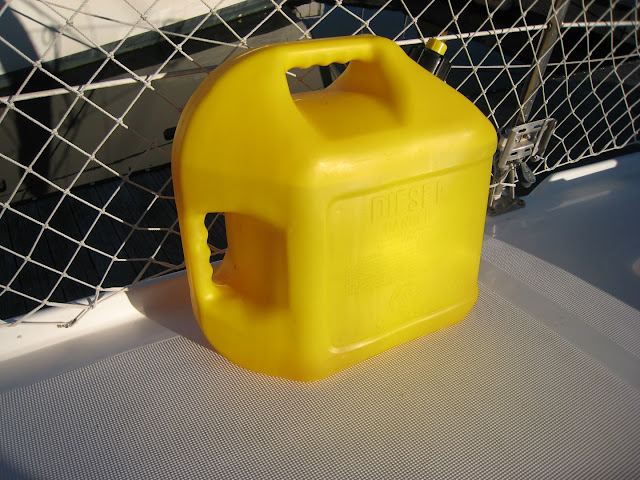 For safety, we don't want the cans full of fuel anywhere near us inside the boat....so we need to store them tied out on the deck of the boat.  But the sun is terribly harsh on everything, plastic in particular.  So I see lots of folks with covers to block the sun.


Trusty sewing machine was whipped out again and the design began.

Just made a paper pattern.  Again, just had to be functional, not an exact fit. 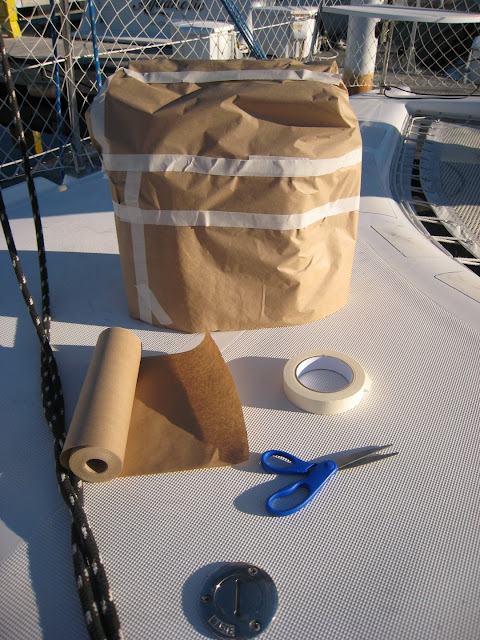 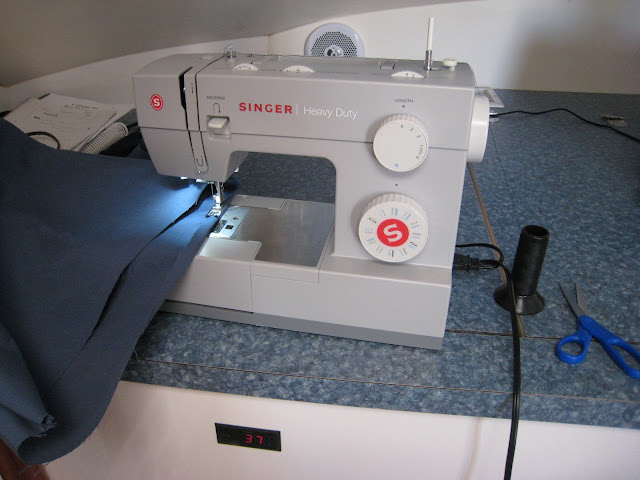 Basically, I just started with a simple bag.  Fabric folded and straight seams up the sides. 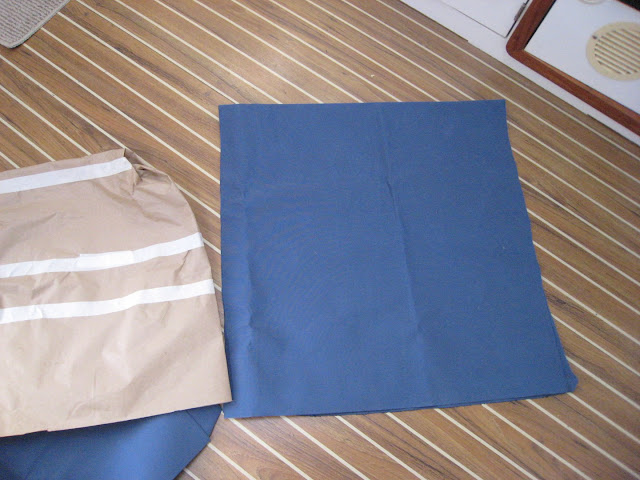 Then I loosely fit it inside-out - and made a seam on either side to take up the "slack" and make the bag "boxy". 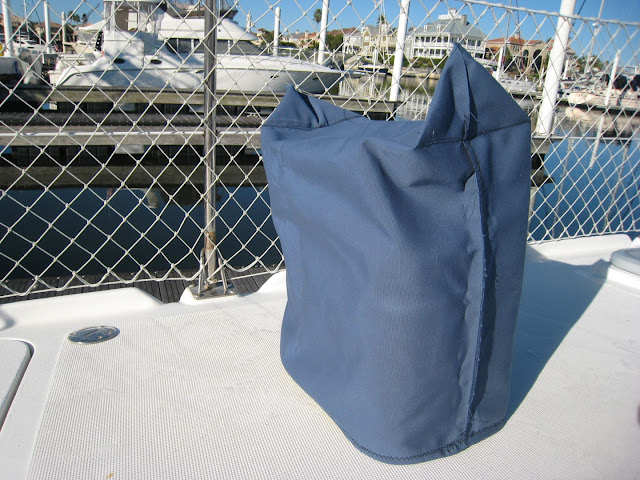 Slipped on correctly now.  (The sun must have been at a different angle since the color looks washed out on this photo...weird). 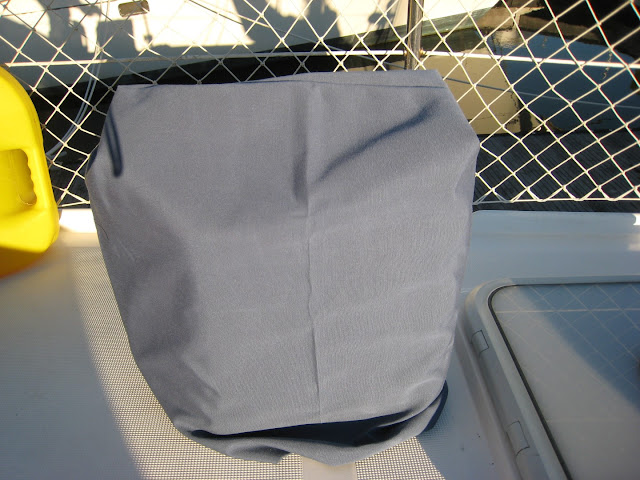 Then trimmed the bottom and  added a nice zigzag hem.   I added the patches on both side to reinforce where we are going to put grommets. 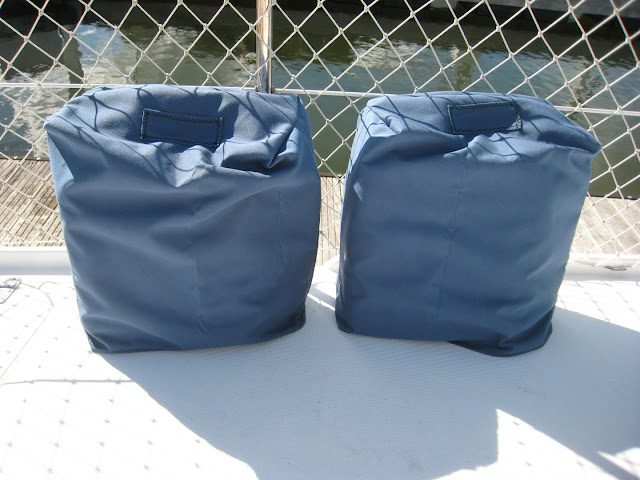 All tied in place for the voyage! 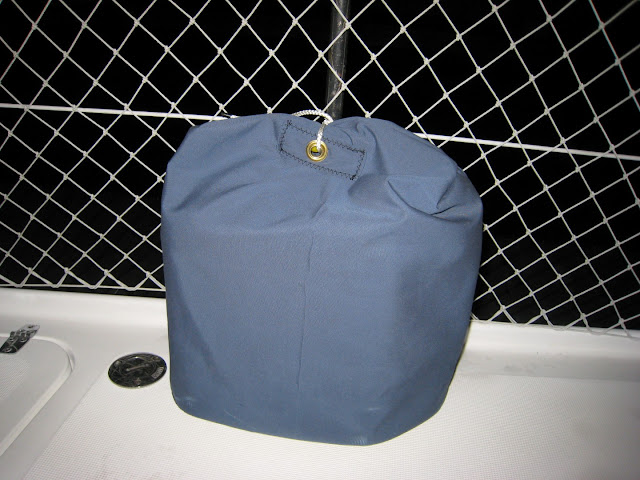 Each one tied to a life-line stanchion. 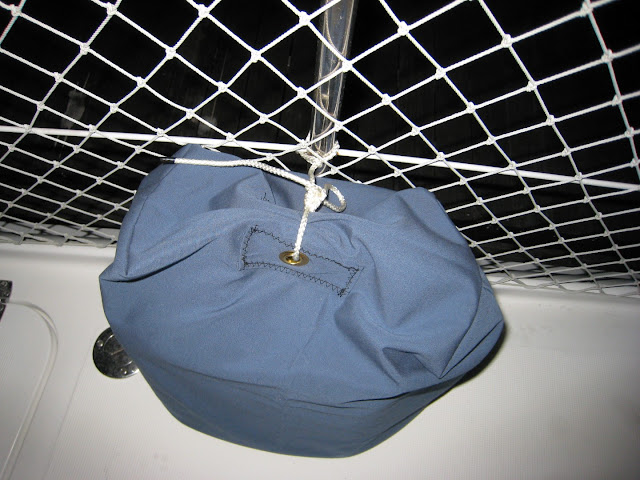 And while I was at it, I decided that the dinghy gasoline spare tank needed to be covered too.  For this one, I really did just make a bag.  Again, precision is not required. 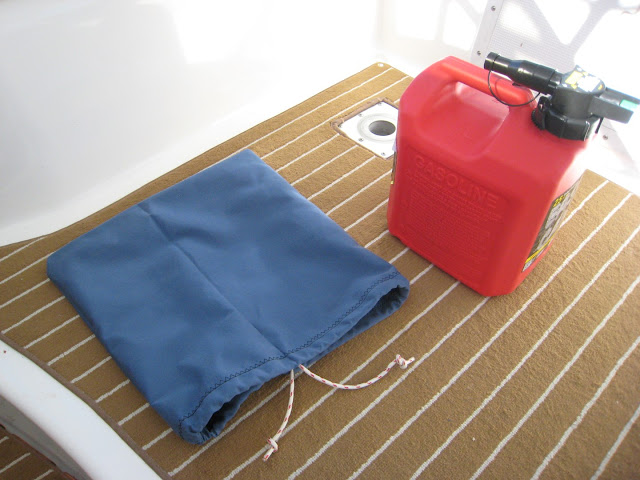 The spare tank just sets in the dinghy (the actual fuel tank for the dinghy motor is in the compartment under the steering wheel. 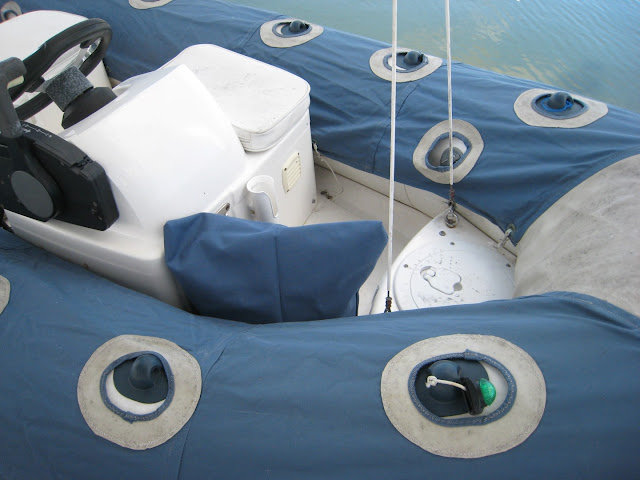 That's it for the sewing ventures for now!!