Had a nice relaxing breakfast on the boat with Rich and Jeannine.  Then we rode our bikes up to the beach access for a walk.

But we found almost no beach!!  The tide was incredibly high - higher than any of us have ever seen it.  The Ocracoke beaches are well-known to be flat and wide.  The high surf had everyone putting their beach chairs up on the edge of the dunes.  And the red flag says No Swimming! 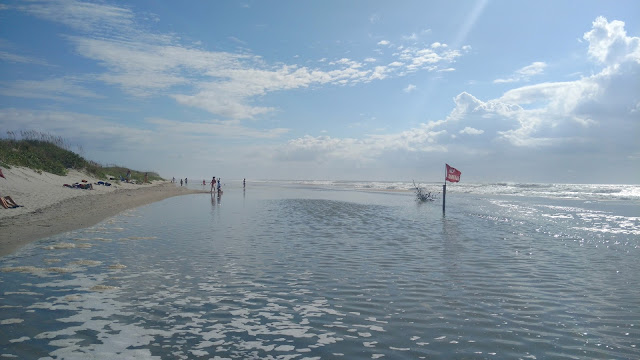 The lifeguard station was sortof in the middle of the surf.  Not sure if this phenomenon is due to the impending hurricane or not.  Sharon researched it for us and found that it might be a "King" tide.  Just an unusually high tide. 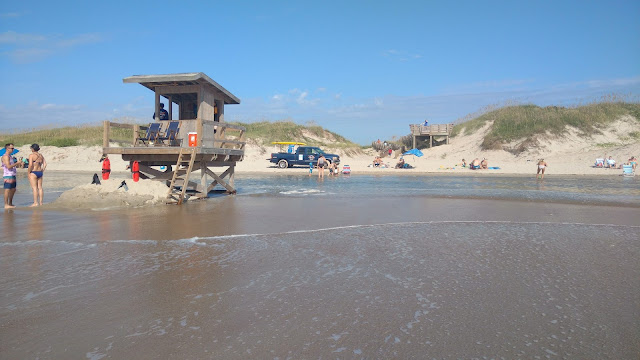 We had a fun walk on the beach though.  Normally the beach chairs would have been on the left side of this photo.... 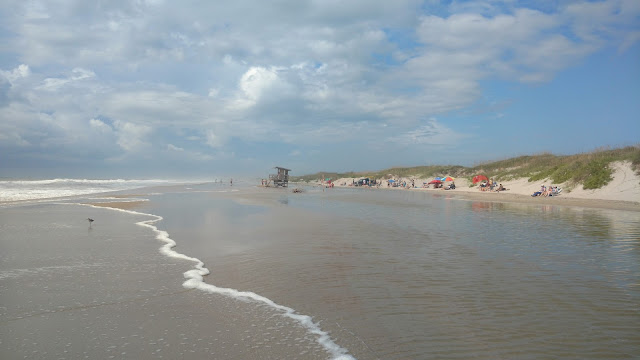 Our boating friends Les and Liz invited us to join them at Smacknalley's for lunch.  Jeannine and Rich joined us as well for a good but sunny meal.  (Thanks J9 for the photo!)  Somehow didn't snap a photo of Les & Liz.  Will do that next time we meet up! 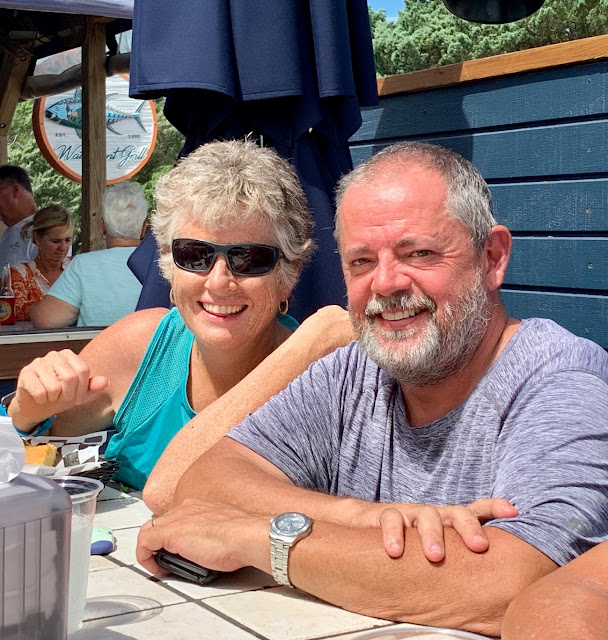 Always seem to run into folks we know on Ocracoke - Paul and Gail were at Smacknalley's as well. 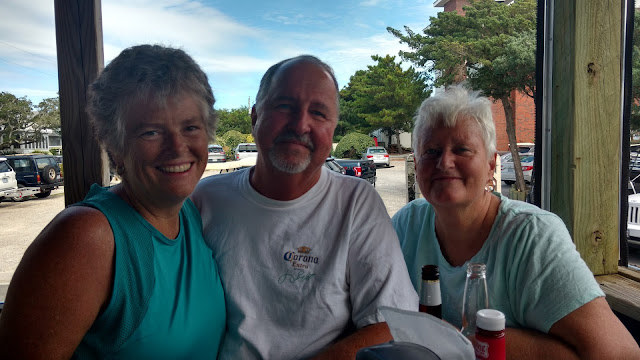 Had a great time, but decided that we needed to get on back to Oriental and get the boat/ourselves prepped for the upcoming Hurricane Dorian.  Shoved off mid-day. 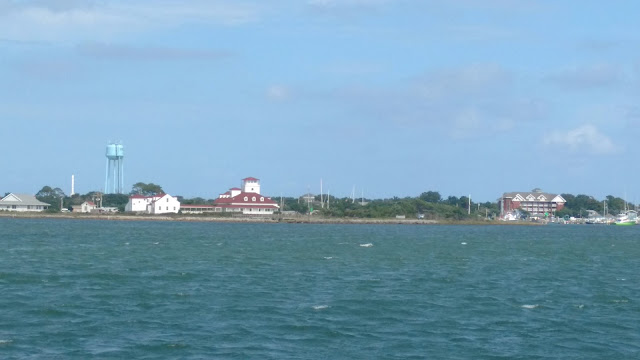 The usual passing ferry boat.  I had waved at some of the folks on deck - and the ferry captain let out 2 fog-horn blasts.  Kinda fun. 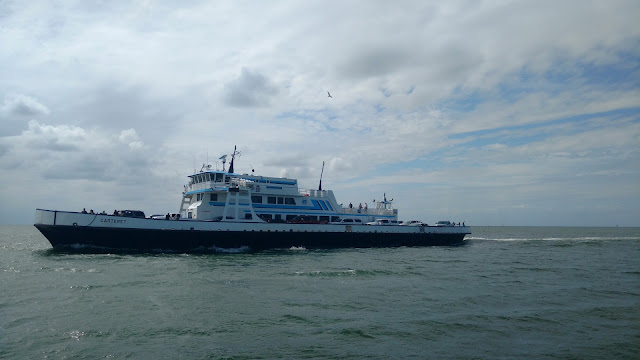 The trip started with great winds - had the sails out wing-on-wing for a fast downwind sail. 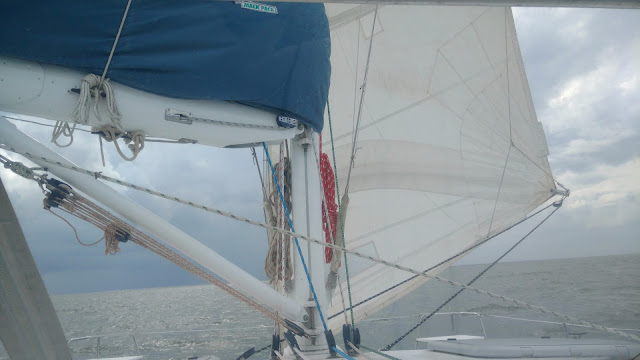 But then we sailed into the forecast afternoon storms.....when the winds hit 30 knots, we dropped the sails and motored the last 2 hours. 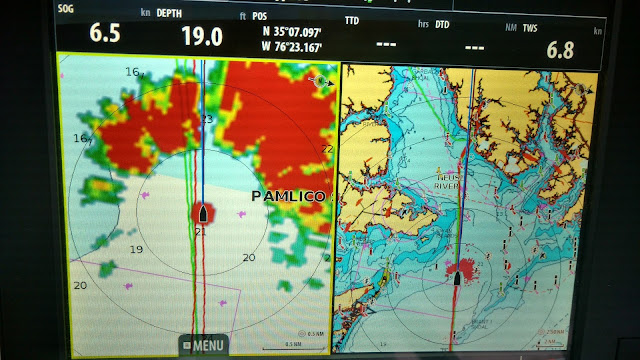 Got back to the dock late - pitch black at about 8:30pm.  Glad there was virtually no wind at that point because the slip looks mighty narrow when illuminated by just a spotlight!  All good for now - plugged into the shorepower and have the a/c humming.  Tomorrow we'll get started prepping for the arrival of Dorian late this week! 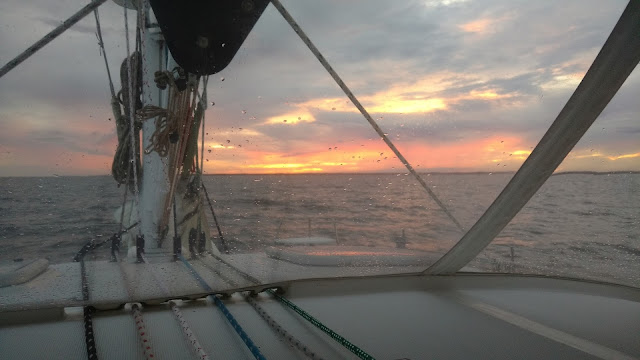