So, there is this "sport" called Dragon Boat Racing.  You might think that this is a local - Oriental - event.  But, you'd be wrong!  I was surprised to find out that this is a worldwide sport.  Often done for charity these days, but has a long history dating back to ancient China.

This year, River Dunes was the sponsor of the race so it was a short drive over.  (I'd wanted to take the dinghy but a call to the marina discouraged me from doing that due to space constraints).


Here is one of the teams approaching the starting line.

The boats are just huge canoes mad of fiberglass. 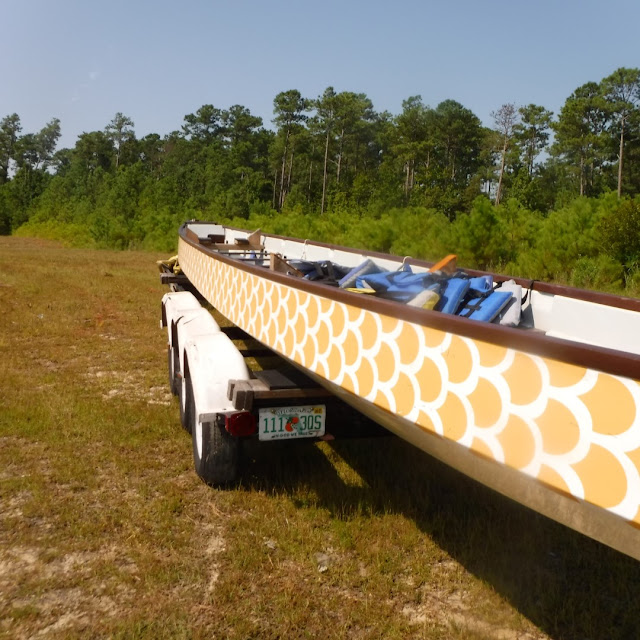 There were about 15 teams of 20 paddlers, one helms person, and one "drummer" who calls the cadence with voice/and/or/drum beats.

The sponsor provides the boats - so each of the teams just boards the assigned boat for their heat.

The folks in the green shirts are a local Boy Scout troop. 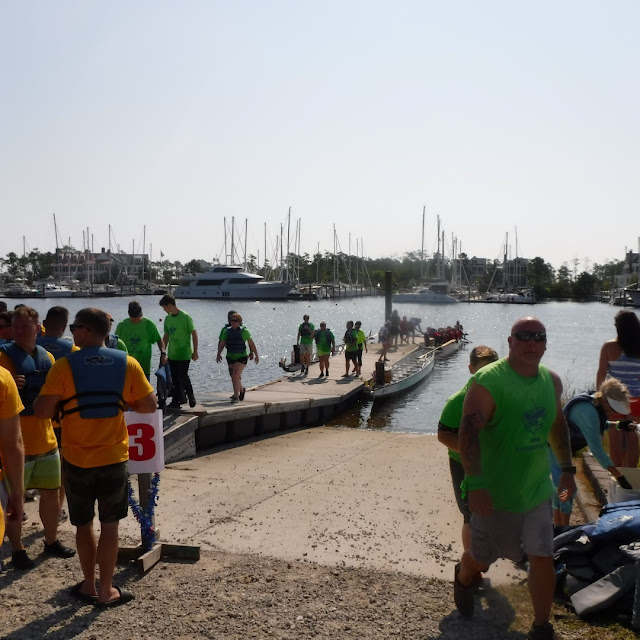 These were two groups of Marines from Cherry Point. 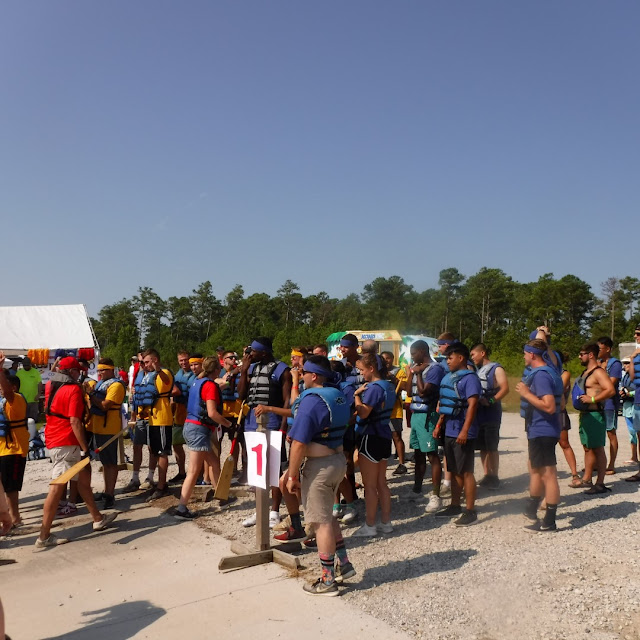 Loved the colorful shirts.  Each group had a "theme".  Some were cancer survivor groups, others were just a group of friends.  Most were on the "upper age" end, haha. 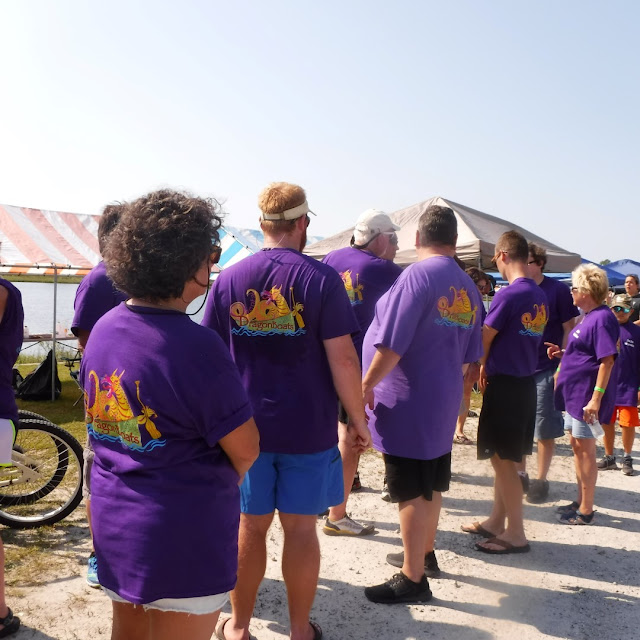 This girl must have over-extended on her race! 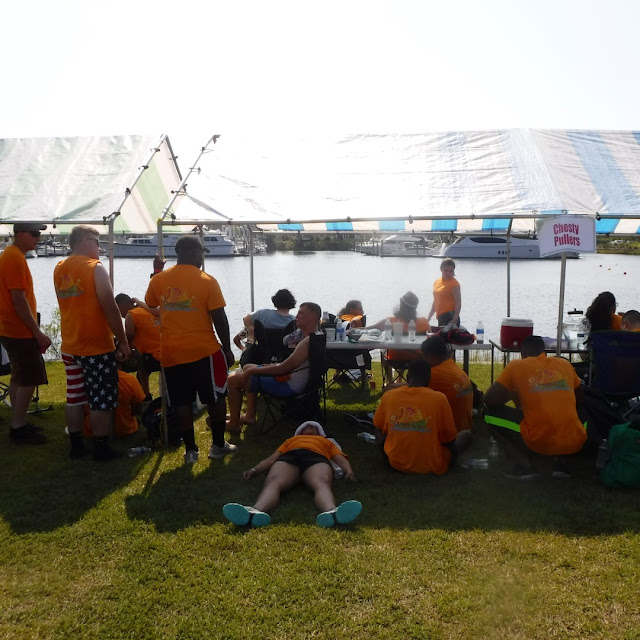 Apparently you get wet in the race! 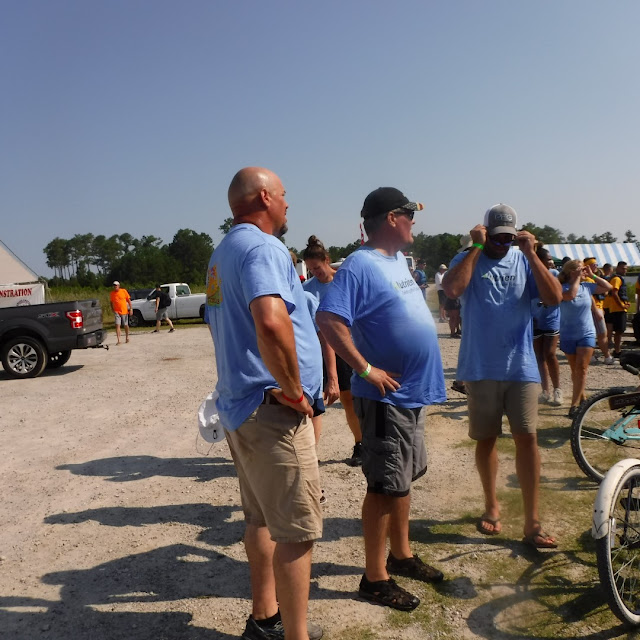 At the start.  Was really fun to watch.

Quick video - turn the sound up - you can hear the drummer call their cadence!