For some reason, the previous owner never installed  the correct hailing port or the boat name.

The "Jamesport" left over from several years ago was still the only marking on the boat.  This, of course, is not correct per US Coast Guard regulations since it doesn't have the state.  Jamesport, where? 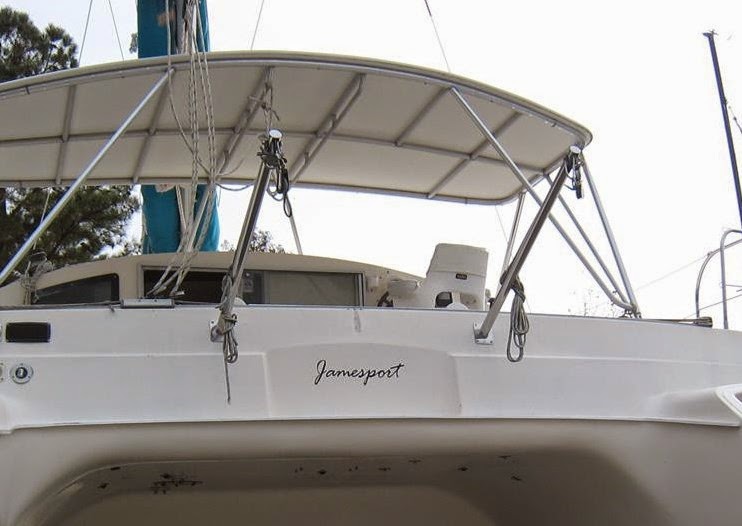 Anyhooo,  we wanted it done correctly - since we like to follow the rules and we have been inspected by the US Coast Guard before!

I used a heat gun to carefully remove the vinyl "Jamesport".....sorry for the un-clear photos -- it was getting late in the day and the sun was going down. 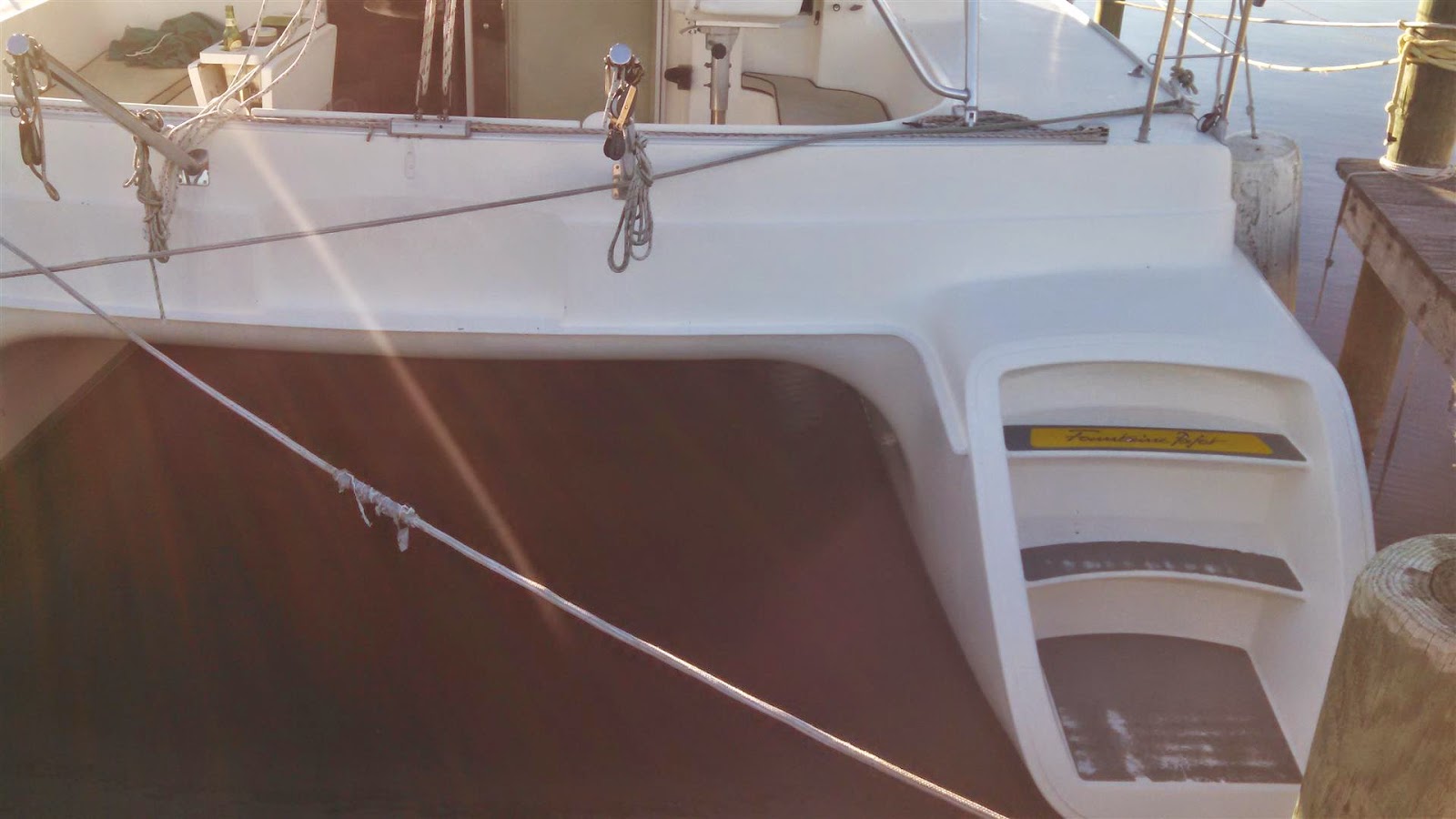 Pre-made lettering with peel-off backing was applied.  Unfortunately, it had to wait until the backing dried for the "reveal".... 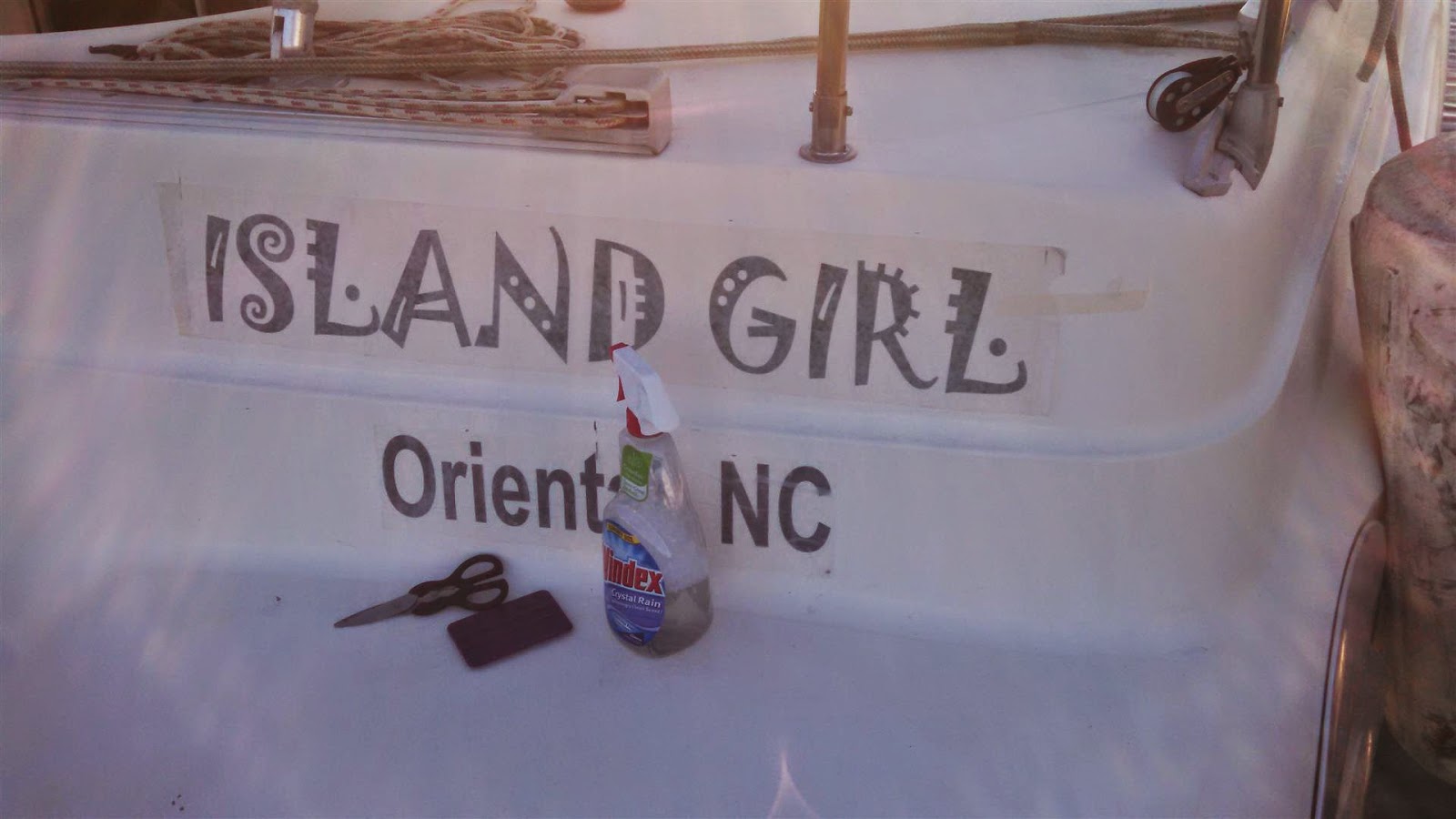 The next morning - now the boat is properly designated! 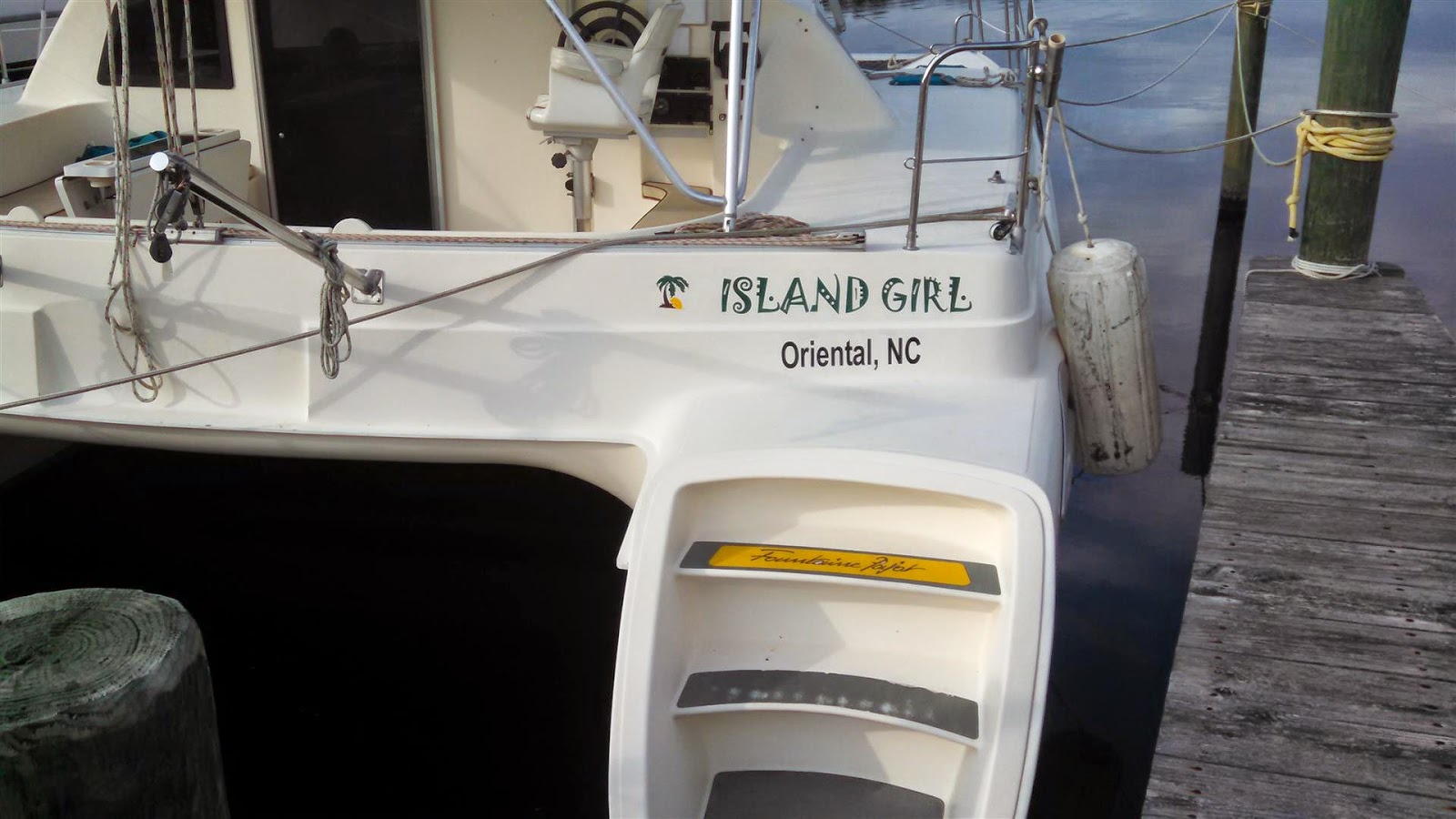